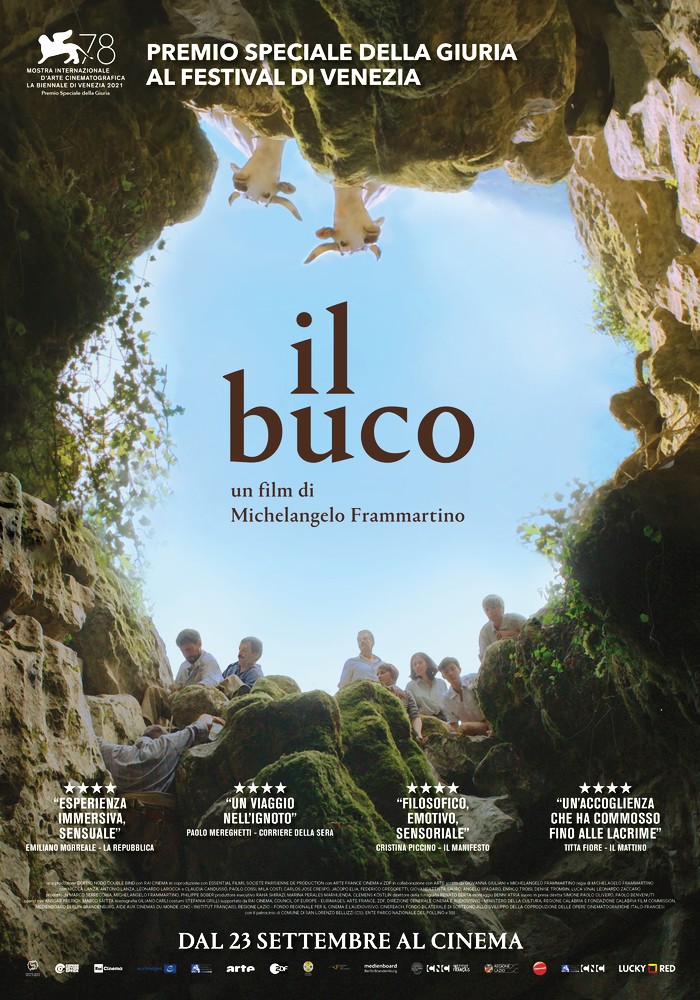 I saw this last night at the Showroom in Sheffield. It's currently showing there at 20:45 every evening this week and I recommend anyone local goes to see it, I imagine it will do the rounds at independent cinemas across the UK as well. 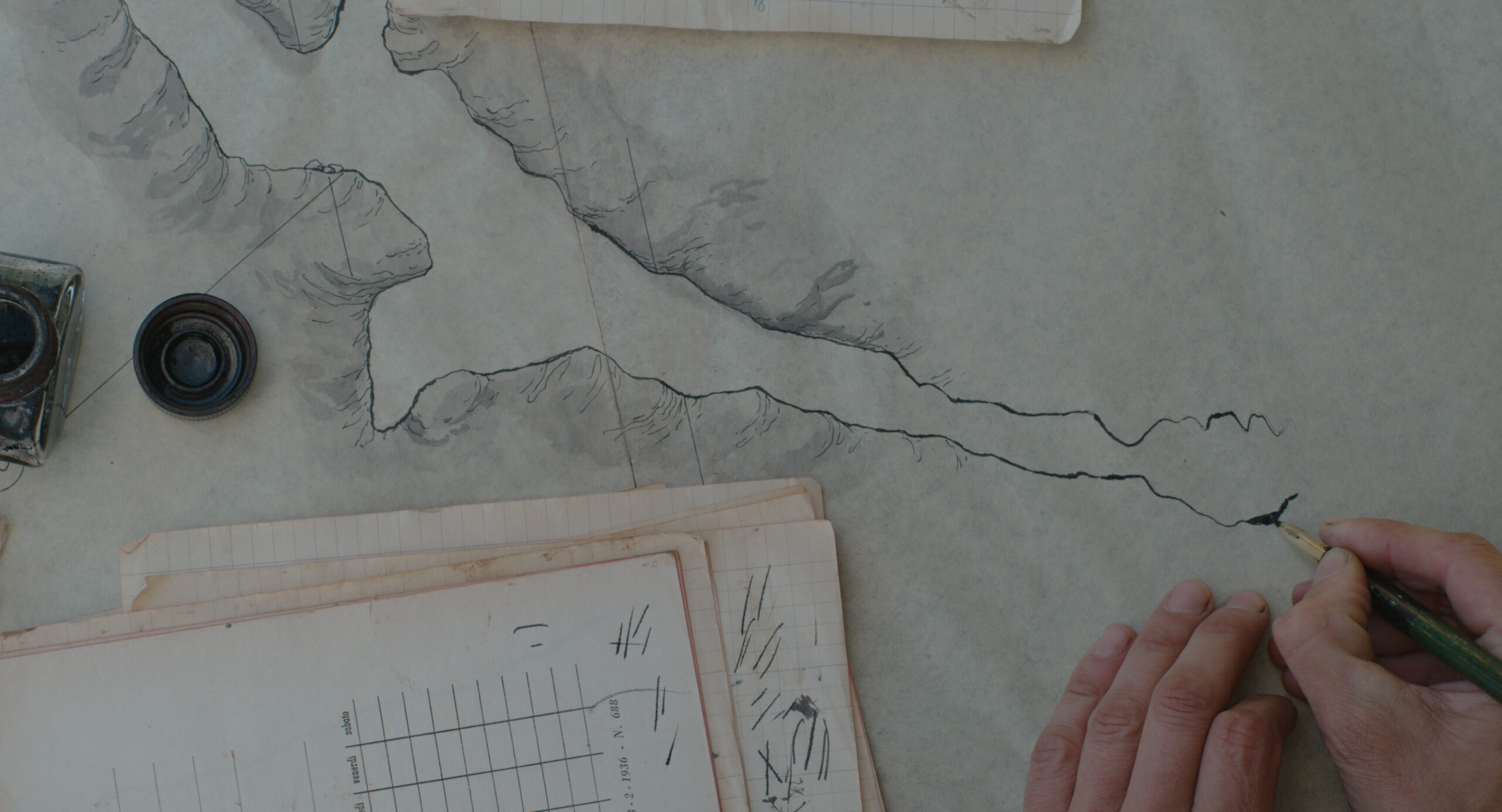 There is no dialogue, only demonstrated recreation. Despite having no words, the film accurately and viscerally displays the narrative of a caving expedition better than pretty much any expedition documentary I've seen. I think the viewer is made to feel more involved by being silently taken along on the journey, rather than simply being told what happens. 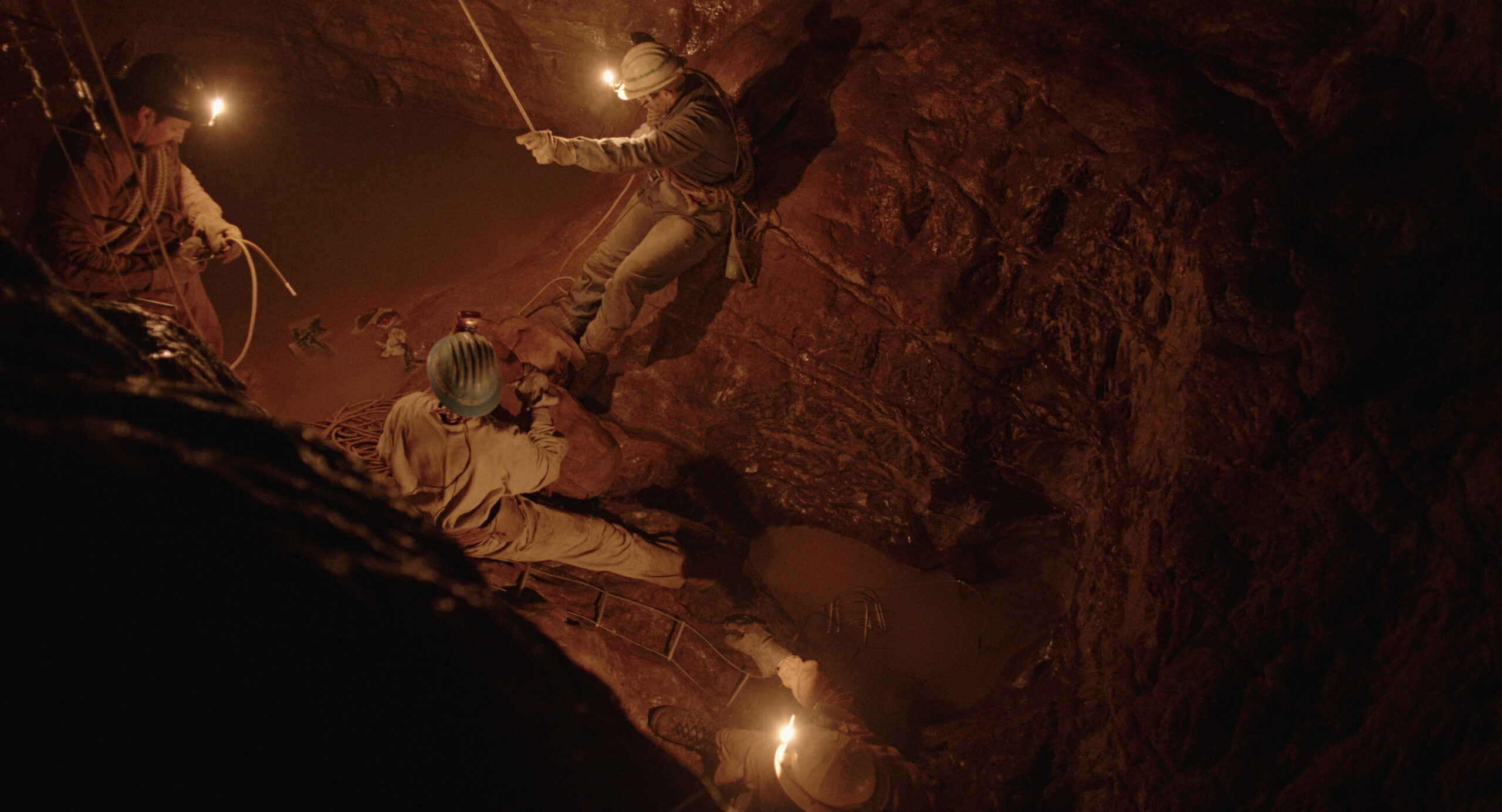 I found the film easy to relate to; having been on numerous European expeditions myself - it transported me to the karst landscape, and made me excited for the summer of expeds ahead of me. Despite the Filmmaker not being a caver himself, he's done a fantastic job of capturing all the elements of an expedition, from setting the scene amongst shepherds in the karstic meadows, to the disappointment of finally finding the terminal sump of the cave, and the mundanity of survey write-ups! As a young(er) caver it was fascinating to see just how little has changed in 60 years. Other than technology and practice, the experience of cavers seems to transcend time and language.

A meditative must-see for those who want a peaceful 90-minute break from life. 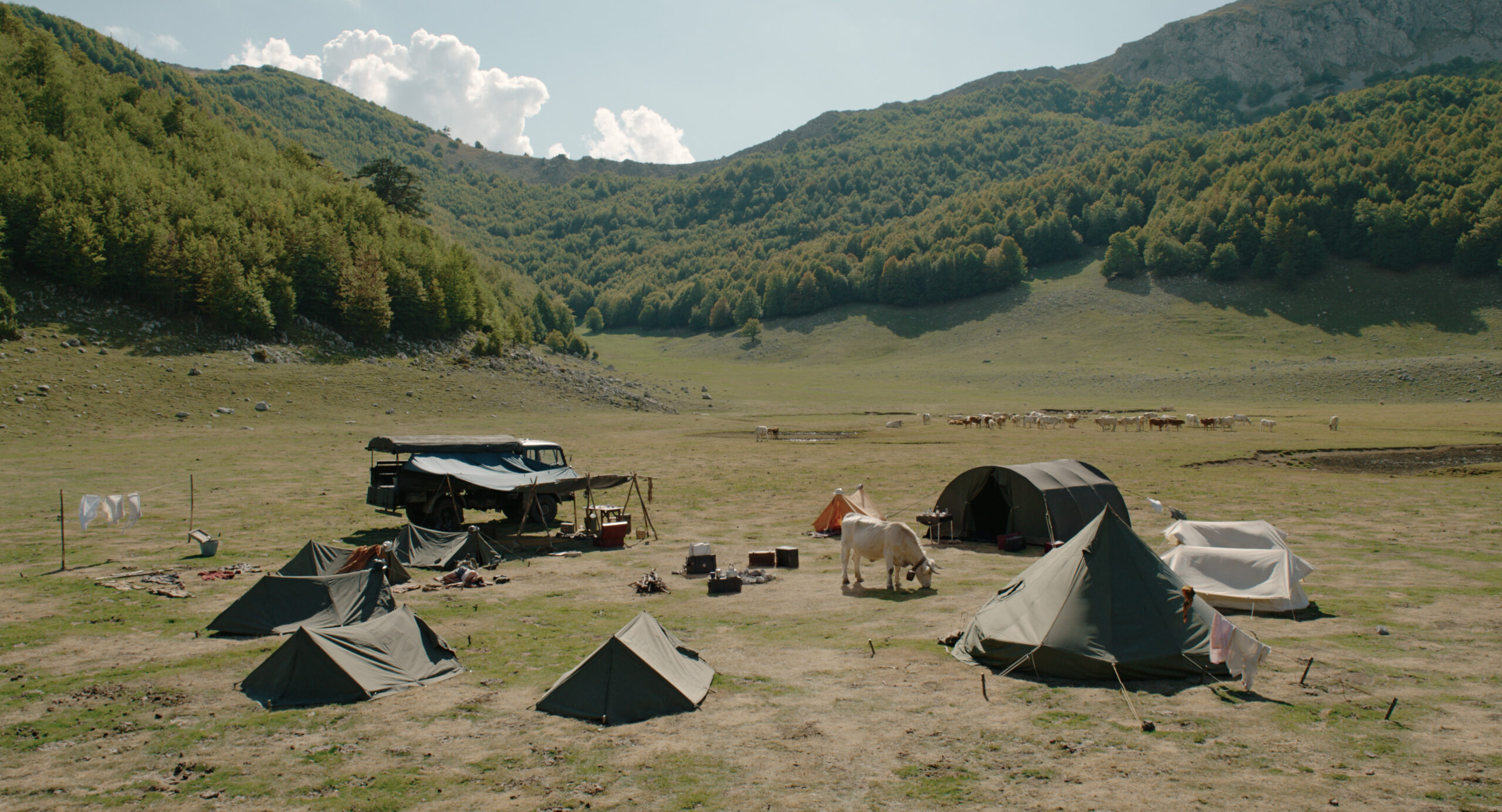 Also screening this week and next at the Watershed in Bristol. Might try to get along one evening. Thanks for sharing @A_Northerner 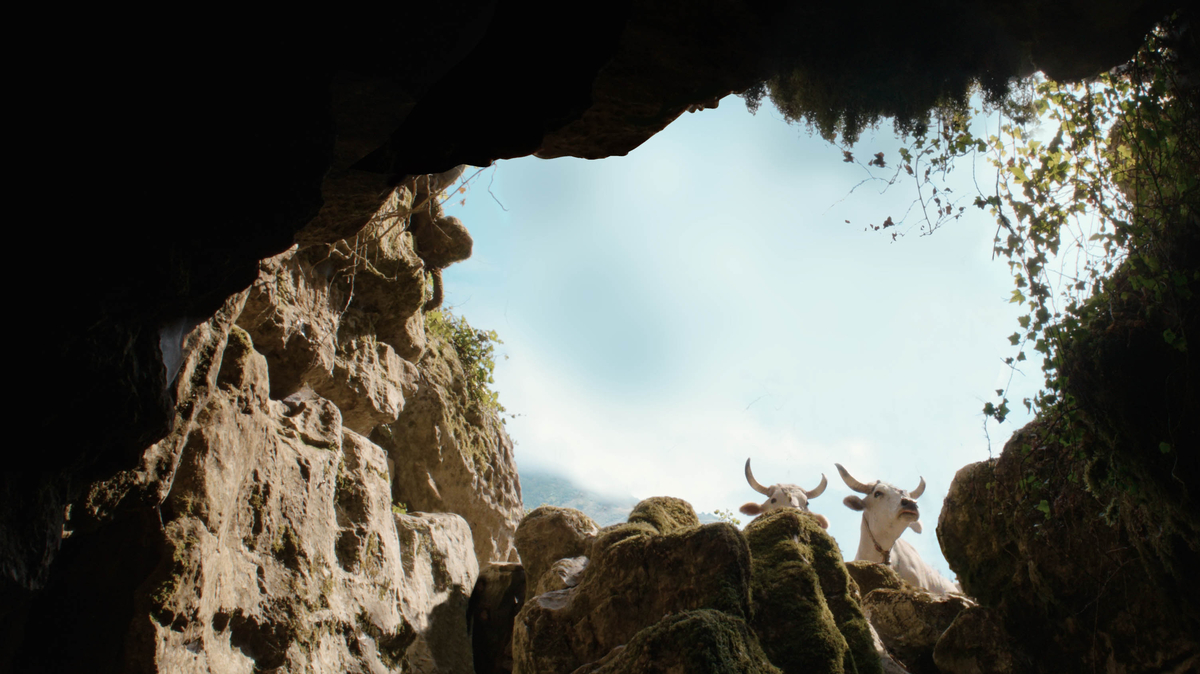 Unlikely to see it out in sticks but it got good reviews in the press.

mrodoc said:
Unlikely to see it out in sticks but it got good reviews in the press.
Click to expand...

If you have a local independent cinema, it's always worth asking them if they'll request a copy from the producers for screening. I used to do that in my small-town cinema and sometimes they got stuff in. If they didn't have much interest for Blockbuster films midweek, they always used to screen Whistle Down The Wind and It's A Wonderful Life, cos you'd always get at least a couple of old folks in that way.

I suppose I am an old folk now. I went to see Whistle down the Wind at the cinema here in Chard (It had two at one time). It is now a Wetherspoons.

mrodoc said:
I suppose I am an old folk now. I went to see Whistle down the Wind at the cinema here in Chard (It had two at one time). It is now a Wetherspoons.
Click to expand...

Where was the other one then? Has it been demolished, or have I just missed another cinema shaped building?

The Cerdic was a nice art deco cinema that became a DIY store for a time then a Wetherspoons. Further up the hill down a covered alleyway was the Regent, which didn't have a balcony and was more of a flea pit. However it was only a couple of minutes from our home in the High Street so I would visit it regularly. Among films I saw there were Journey to the Centre of the Earth (James Mason), The Collector, and many more. The proprietor Sonny Walford used to wander into the back row sometimes, drop off to sleep then wake with a loud snort if there were loud noises in the film. That was in the days when you all stood up at the end for the national anthem (or ran like hell to avoid doing it).

My local cinema in my home town still plays the National Anthem before each showing. I remember my dad staunchly remaining seated as the rest of the cinema stood around us.
P

Staff member
I'd love to see this but cannot fathom out where it is showing - can anyone help? Anywhere in North, thanks. 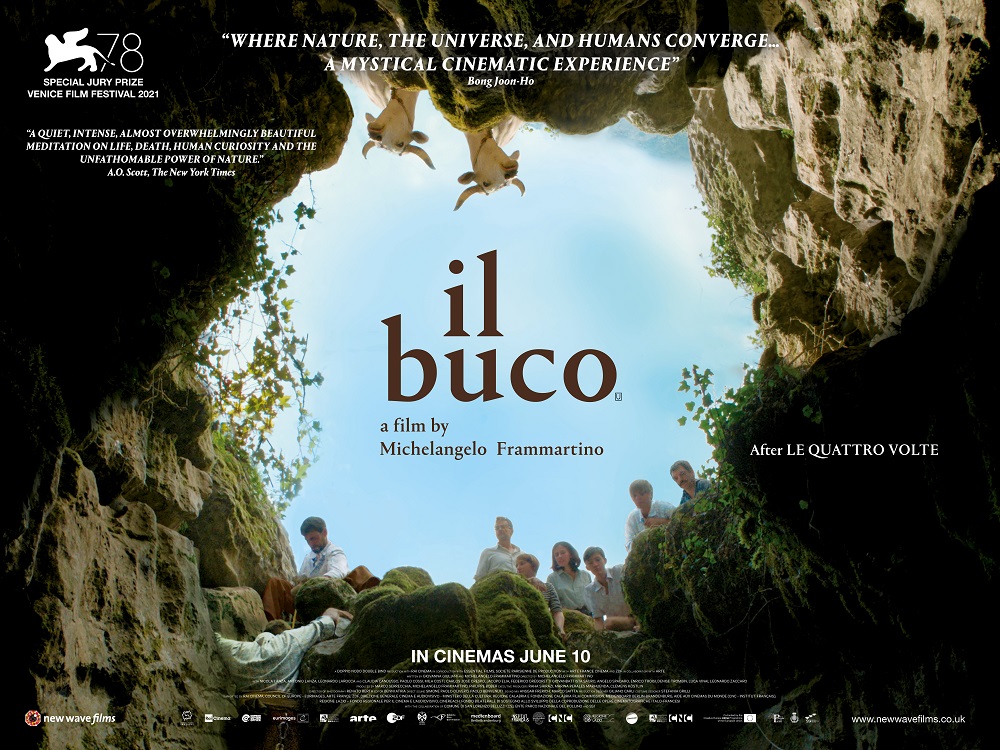 Il Buco translating to “The Hole”. Re-enacts young speleologists exploration in Europe’s deepest cave in the untouched Calabrian hinterland. The bottom of the Bifurto Abyss, 700 meters below Ear
hebdenbridgepicturehouse.co.uk