When: Friday 20th (eve) to Sun 22nd May 2022
Where: GCRG Depot, Cinderford, Forest of Dean, GL14 2TT
Cost: £25 per person, which incudes breakfast and lunch on Sat and Sun, camping, facilities, and all the training!
Extras: There'll probably be a takeaway curry evening meal, and you will have to get temporary membership of a local caving club for ~£5 if you don't have BCA insurance.
Contact: sales@unlimitedaccess.co.uk or check out the Facebook Event

The original (and best) cave expedition training workshop is back!

For more than 2 decades the Dachstein (Austria) Caving Expedition has been running these events prior to heading overseas. We have discovered, explored and mapped some of the deepest and longest caves in the world so we've learnt a few tricks along the way...

We are opening this up to anyone not directly involved in the project so get in touch if you're interested; numbers are limited and priority will go to our own members.

Workshops will include:
...and invariably much more!

Still spaces on this training; this year (since most people are a bit out of expedition practice) we aren't doing a rescue practice but are instead doing two full days of exped training. See the FB event:

Saturday & Sunday (FB has screwed up event editing). The original (and best) cave expedition training workshop is back. We (the Dachstein veterans) first started running these way back in 2001 when...

www.facebook.com
and look in the 'Discussion' bit for the signup link, or message me on here and I'll send you the link

@andrewmcleod How easy would it be to bail a bit early on the Sunday?

That shouldn't cause any problem I think

(also I should point out that there will still be rescue training, just not the all-day rescue practice we have done in recent years)

A short report on the successful expedition skills training weekend run over 21st and 22nd May at the GCRG depot in the Forest of Dean.

Some 35 cavers from around the UK joined the expedition skills training weekend hosted at the GCRG depot in the Forest of Dean. Most of the participants were planning on joining the Dachstein, Picos (Ario) or Slovenia (Imperial Uni) expeditions this summer and so there was a deliberate focus on vertical skills and how to prepare for caving in cold ‘Alpine’ conditions. Joel Corrigan has been organising these training events for over 20 years now (I know that because I went on my first expedition to the Dachstein 20 years ago) and although the weekend was set up for those going to Austria it is always a very welcoming event and anyone interested in learning expedition skills – or passing on their knowledge to the next generation is very welcome.

The GCRG depot is also an excellent venue for the purpose, featuring a facility to practice rope work, a large meeting room as well as ideal local caves and mines for underground sessions. We would like to publicly thank GCRG for hosting us.

On Saturday the event kicked off with a short welcome session before moving on to work on SRT skills. A good discussion was had about setting up an SRT kit with suggestions on how to arrange everything and pro’s and con’s of various approaches before people began to tackle the vertical obstacles arranged in the large depot shed. With a range of experiences, this was an opportunity for some people to refine their technique and for others to be schooled in how to negotiate underground obstacles found on expedition-style rigging. Whilst this was going on some people took part in a session to introduce the principles of capping and the safety measures required. 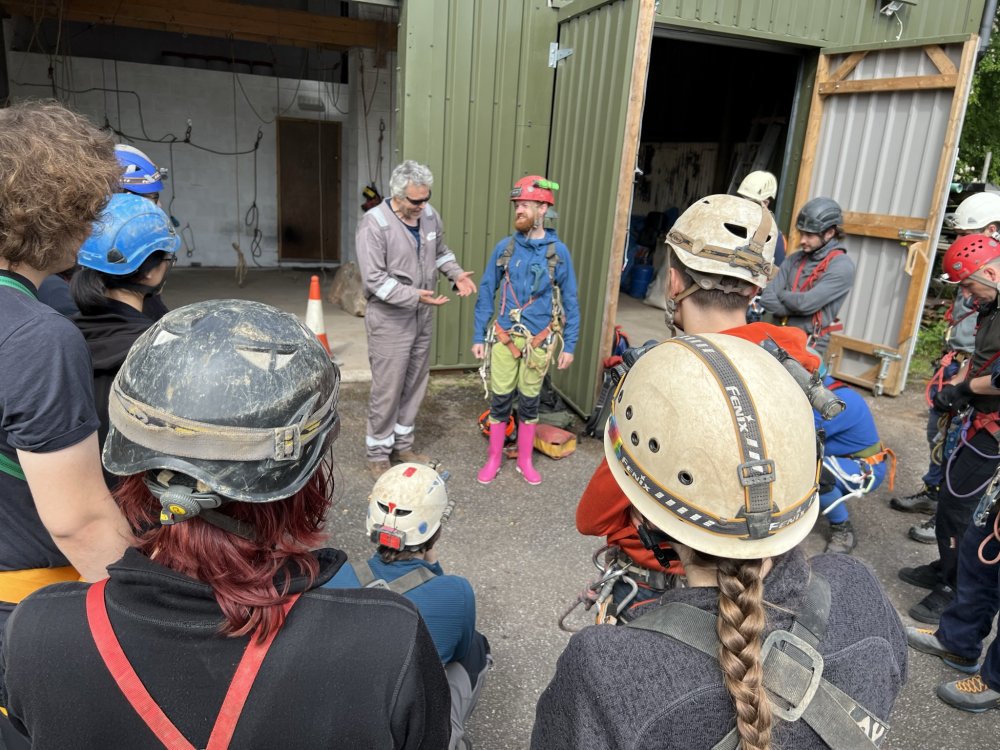 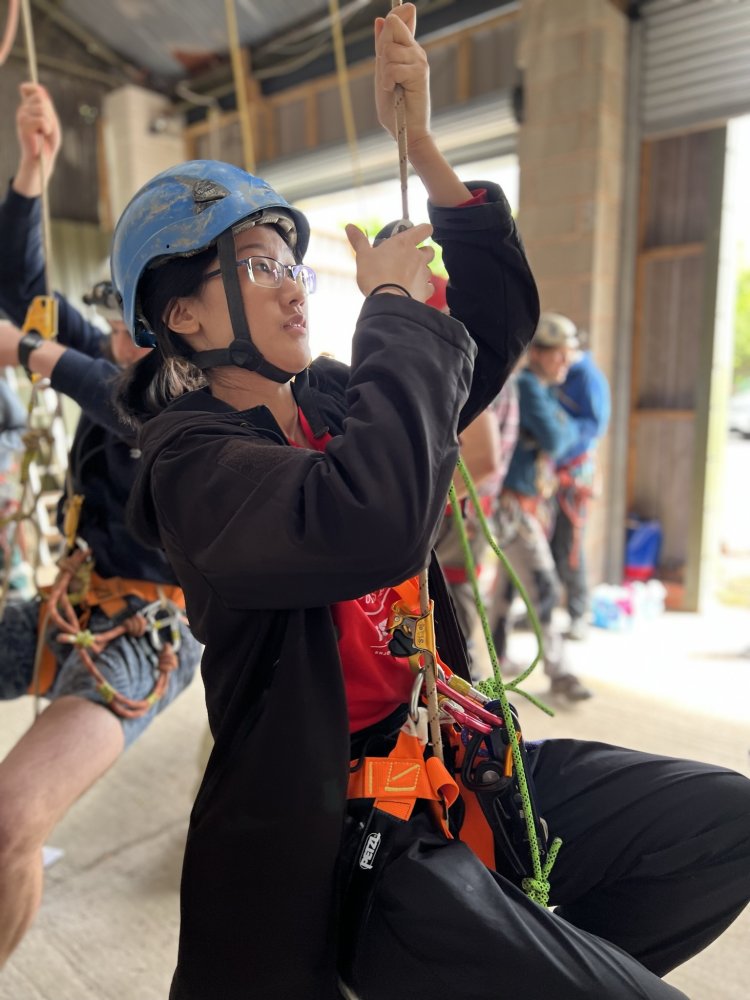 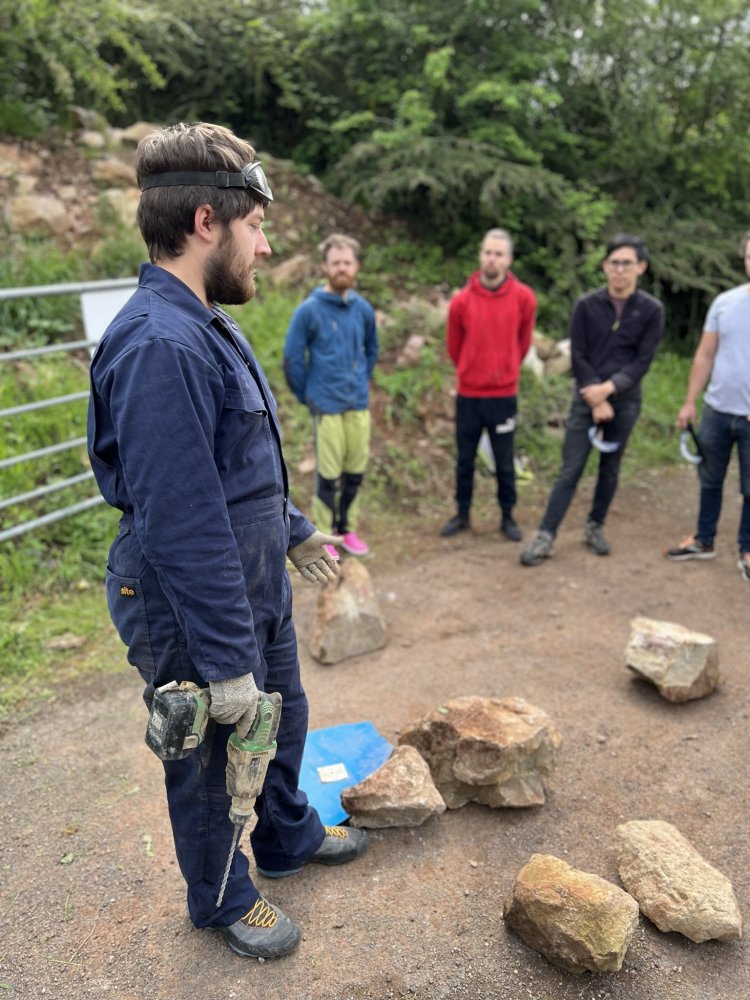 After lunch the group divided up and a series of smaller sessions were run. An introduction to bolting covered the equipment used, advice on how carry and transport drills, how to rack up bolts as well as giving everyone the chance to set some bolts in some loose rocks. Another group covered underground emergencies including what to carry in your personal and group kits. A tutorial on underground camping featured a demo of the equipment typically used and a good discussion covering the tips and tricks involved in making an underground camp as pleasant as possible. Finally the ropes were put to more good use with sessions on mid rope rescues. 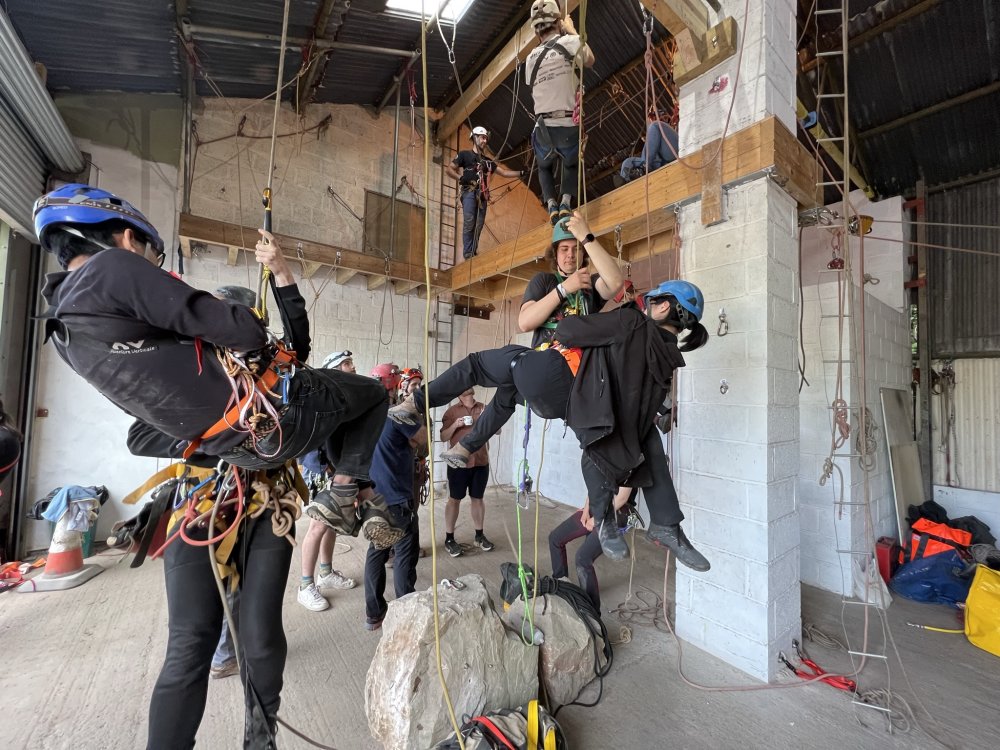 In the evening local caving doctor and experienced expedition caver Andy Harp gave a talk on the medical related risks encountered on expeditions. This included a group exercise where teams planned the medical kit they would take on a remote jungle expedition. Andy was then able to discuss some of the suggestions and answer questions about the various drugs and medicines as well as tell us what he always takes on an expedition. To round the evening off Paramedic Rich Marlow of Mendip Cave Rescue showed us the medical kit he carries, discussed looking after yourself on expedition, treating basic injuries, planning for a rescue and the importance of keeping someone warm in the event of an accident. 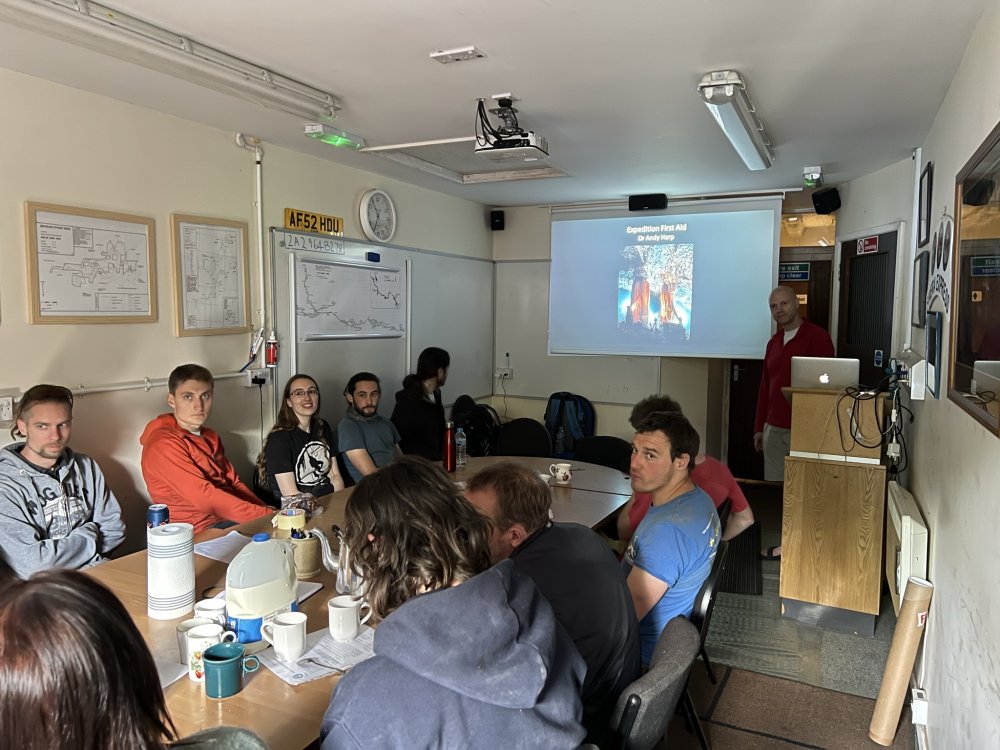 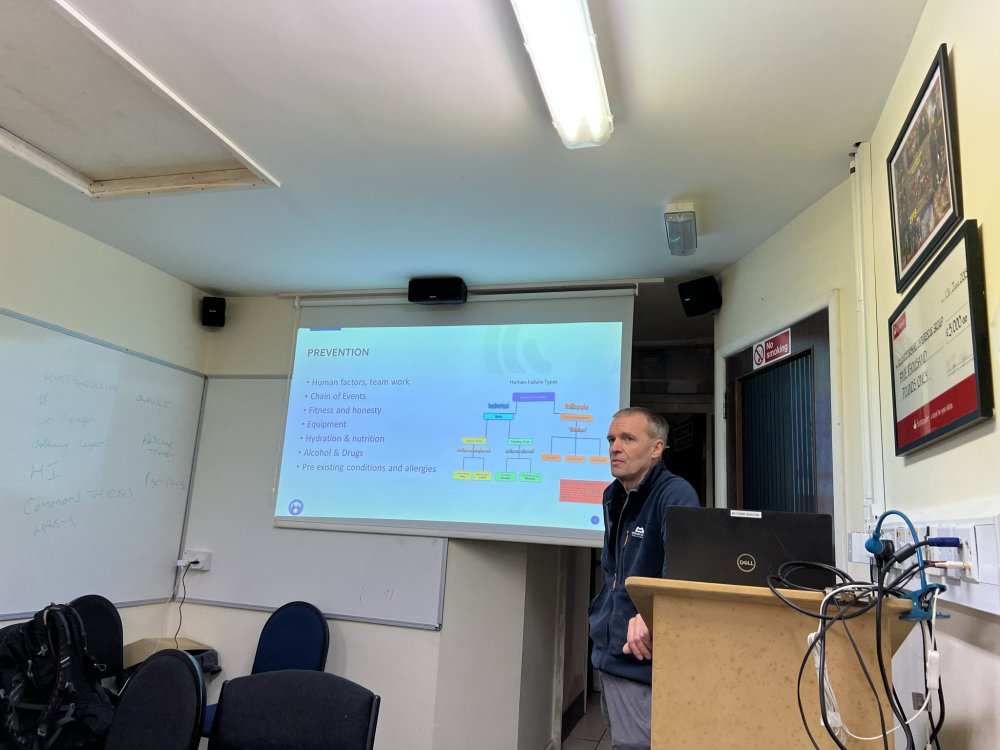 On Sunday morning Joel gave a short presentation on the Dachstein expedition before the team headed off to one of the local mines. This provided an opportunity for people to get hands on with a stretcher and learn how to work as a team whilst negotiating tricky terrain (climbing down into the mine itself). Underground we then split into three groups so that electronic surveying, improvised basic z-rigs for hauling and a full pitch haul could all be covered.

The weekend provided a great chance for lots of younger cavers to meet and learn new skills, with the chance to get their hands on some of the different equipment used on expedition and the chance to learn from experienced expedition cavers. A big thanks to all of the people who worked hard to make the weekend a great success. 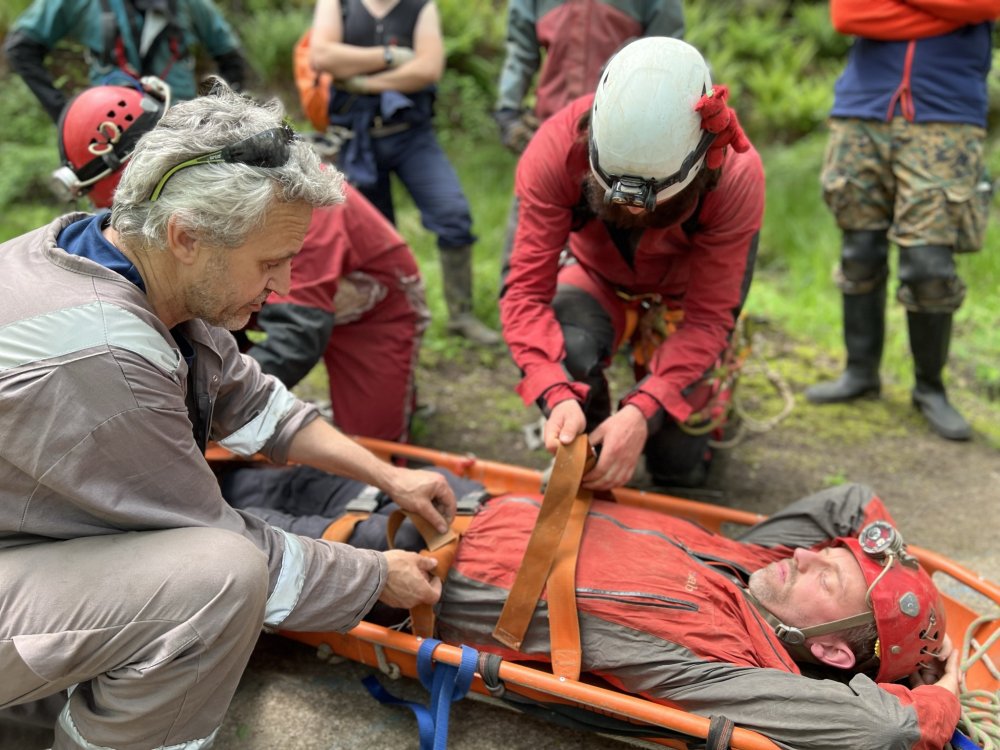 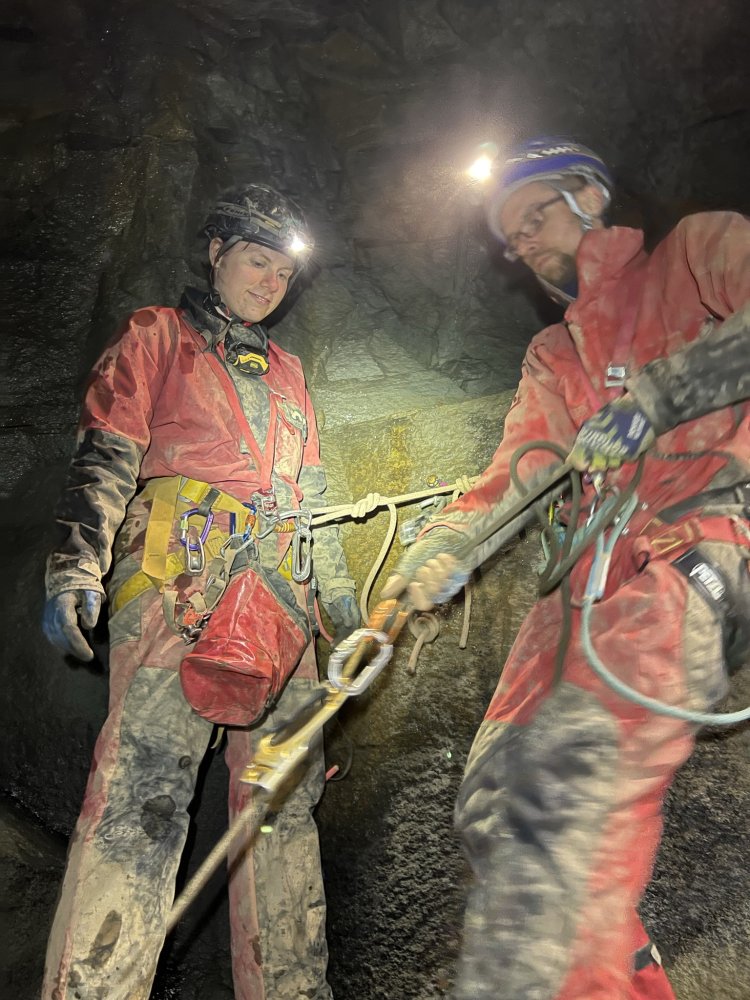 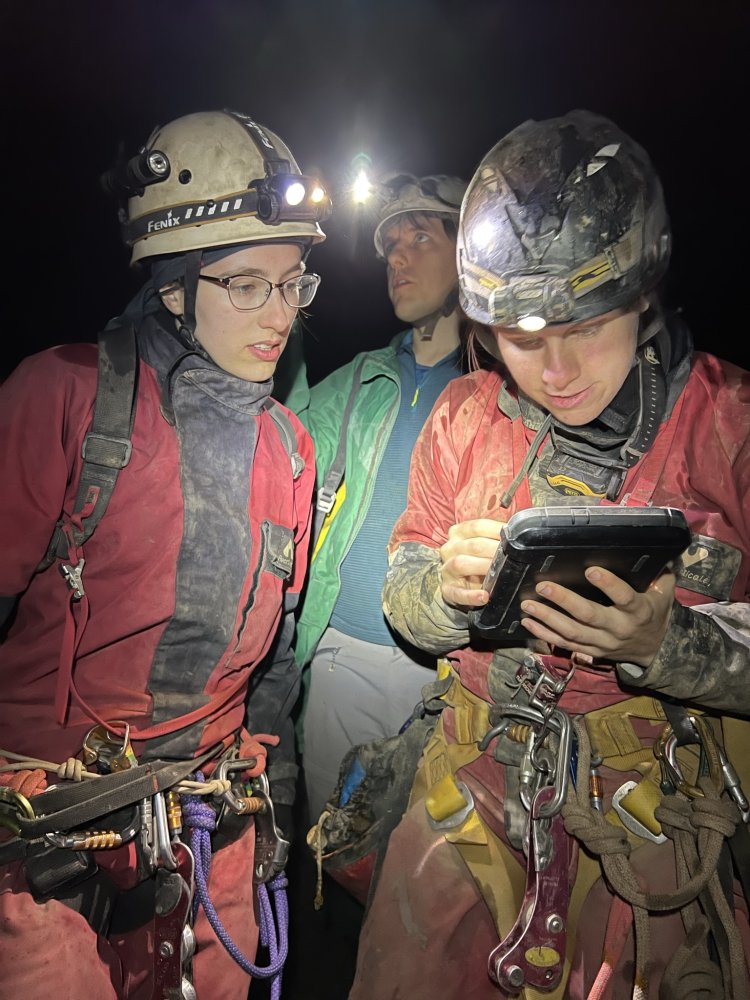 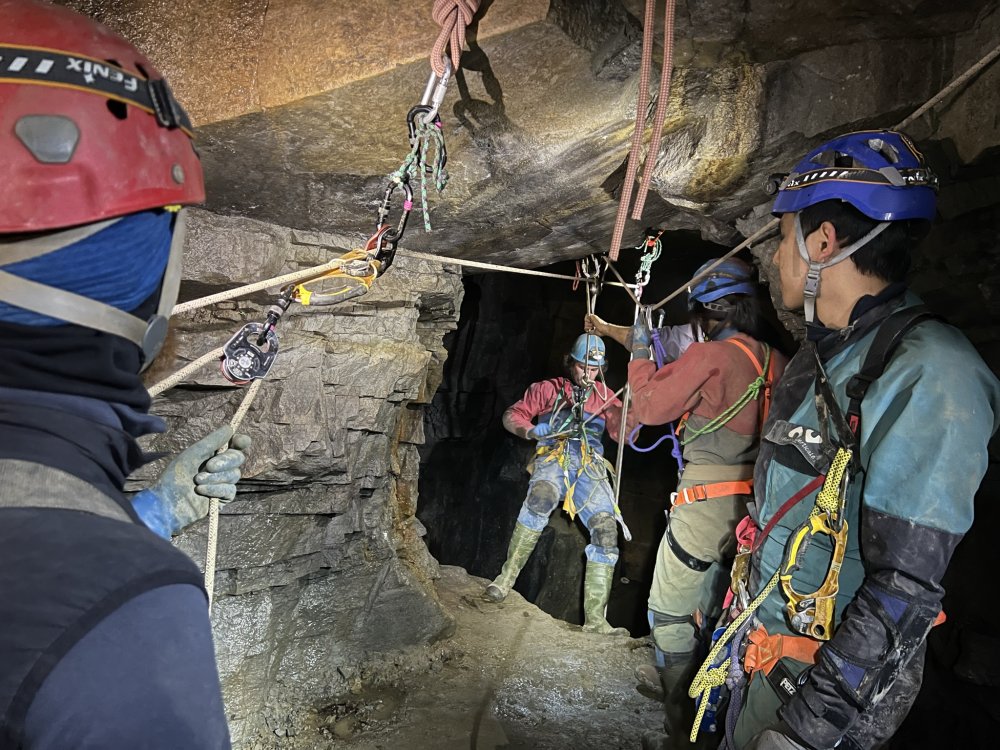