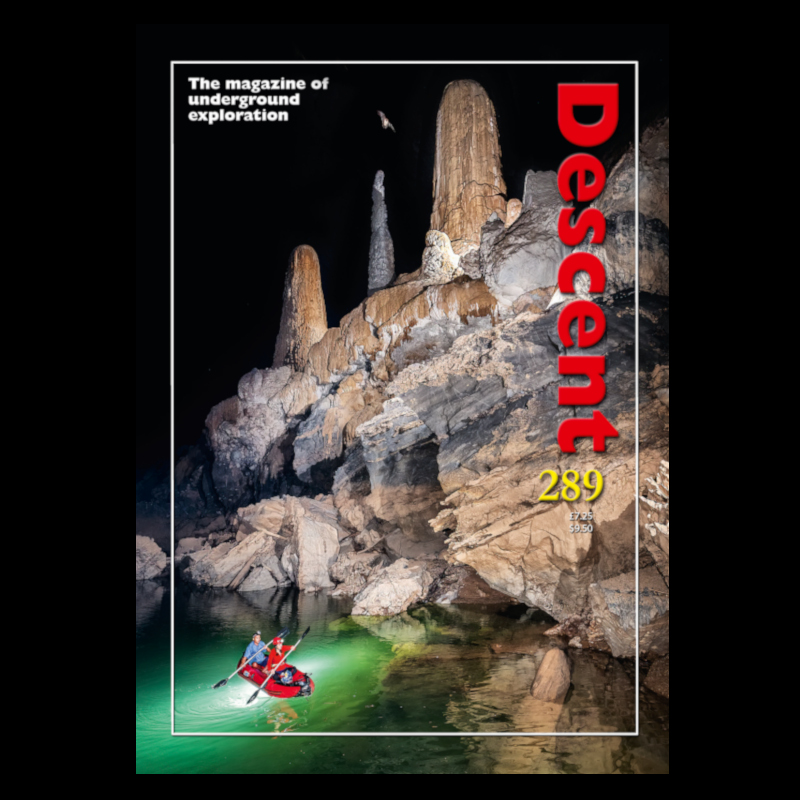 Descent issue 289 is out now! This is a proud moment for me, as it is my first issue as editor.

Subscribers will receive their copies over the next few days, and individual copies can be bought from caving suppliers including Starless River and Inglesport. They can of course also be bought from our website.

The contents for this issue:

Changeover
New Descent editor, Chris Scaife, tells the story of how this all came about. He then interviews Chris Howes and Judith Calford about their 34 years at the helm.
Lechuguilla Cave
The new book by Max Wisshak and Hazel Barton contains some stunning photographs. Here, we reproduce some of the best.
Dramatic Sea Cave Rescue in Mayo
A caver was swept into a sea cave on Ireland’s west coast and, as John Kelly reports, this led to a major rescue in a dramatic situation.
Cuba’s Giant Stalagmite
Rainer Straub and Herbert Jantschke describe their expedition to survey and photograph an enormous formation in Cuba.
Club Huts of the Dales
Phil Murphy gives an informative account of caving club accommodation in the Yorkshire Dales down the years.
Drones Underground
Martyn Farr considers the use of drones in caving and photography.
Ask the Fishmonger
It’s been 25 years since the breakthrough into a Gloucestershire cave where numerous archaeological specimens were found. Chris Howes reminisces.
The Underground Crossword 2022
Bigger and better than last year’s, this puzzle by Martin Wright will test your wits.
My Friend
A caving poem, by Brian Tilbury.
Write it Down!
Finding Your Way in the Dark
Philip Judson reminds us that it ain’t over ‘til it’s over.

If you are thinking of buying binders or back issues as a Christmas gift, please bear in mind that there are a few postal strikes planned, so order soon to avoid disappointment!

Staff member
Sounds great, Chris. Can't wait to get a copy. When will Inglesport have some? Need to get in there before Frank
I

Glad I got my subscription sorted
I

Badlad said:
Sounds great, Chris. Can't wait to get a copy. When will Inglesport have some? Need to get in there before Frank
Click to expand...

We have them in and ready to roll over the counter now!
Frank has not made an appearance yet so we still have stock

Badlad said:
Sounds great, Chris. Can't wait to get a copy. When will Inglesport have some? Need to get in there before Frank
Click to expand...

Thanks, Tim. Hope you manage to pick up a copy before Frank bags the lot.

All the best with Descent to you and Carolina, Chris. I've got your first edition on my lap right now.

We realise that there are a few problems with Royal Mail at the moment, so not everyone will have received their copy of Descent yet. We just want to assure everyone that all subscribers' copies were sent out by the distributor on time.

If you ever want to check the status of your subscription, please contact us via our website: https://www.descentmagazine.co.uk/
C

Max Wisshak and Hazel Barton, authors of Lechuguilla Cave, share some of the stunning images from their new book in Descent issue 289.
Photo by Max Wisshak. 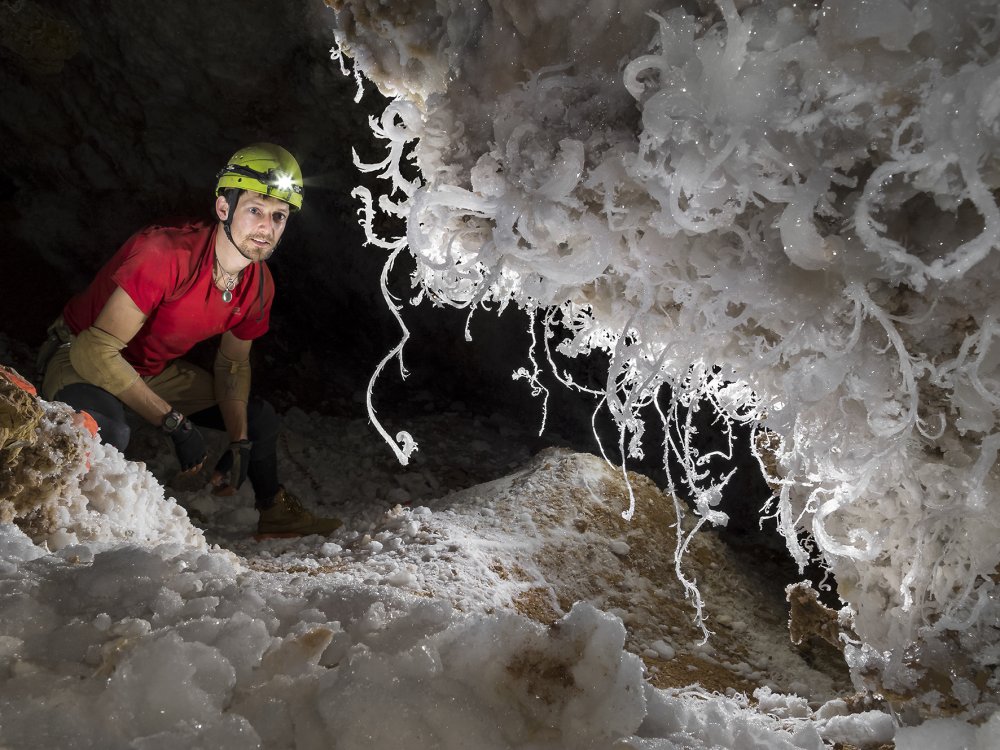 Also in Descent issue 289, John Kelly reports on a dramatic rescue off Ireland’s west coast, with a casualty trapped in a sea cave and rescuers having to bolt their way down to him from the cliffs above.
Photo: Eoghan Lynch and Jim Warny reaching Window Ledge after bolting down from the top of the cliff, by Pam Fogg 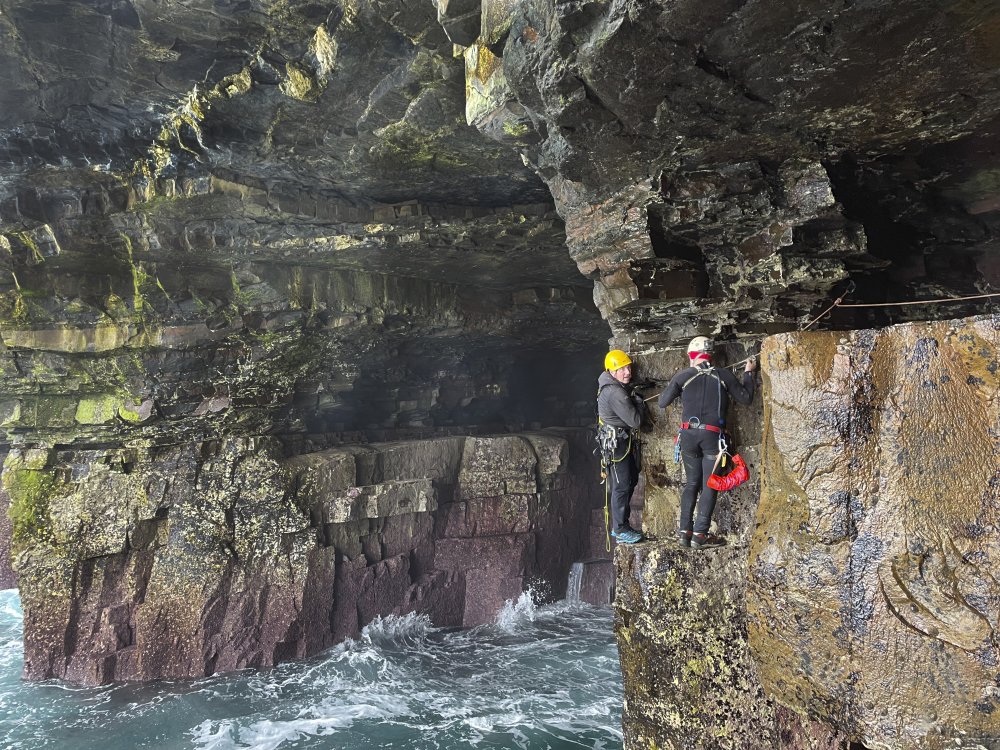