An update on the excellent work on Grassington Moor

Through 2020-2021, representatives from the Grassington Mines Appreciation Group (GMAG) undertook a mammoth initiative to arrange permissions and funding for their efforts to make safe many of the poorly capped mine shafts on Grassington Moor.

Recognising the importance of this work, and the enthusiasm and professionalism of the volunteers, the CNCC agreed to sponsor this project, and we are delighted to have received an update from Sam Roberts (GMAG Treasurer) on their progress:

The Grassington Mines Appreciation Group (GMAG) is a voluntary organisation dedicated to preserving and documenting the historic lead mines across Grassington Moor. One of their ongoing projects sponsored by the CNCC involves fencing off the many incorrectly capped mine shafts present on the moor.

As the area is classed as common land with no known owner, it would be impossible to determine who is responsible for fencing the shafts, hence why they have remained almost untouched for at least 140 years. GMAG have taken on the project for a variety of reasons not least in an effort to make the moor safer for visitors and animals.

Many of the shafts have been capped with railway sleepers covered in mounds of spoil and any disturbance to the remains without permission is an offence under the Ancient Monuments and Archeological Areas Act. Until now this has rendered many of the shafts inaccessible, however as part of their work, the group has permission to remove the spoil allowing them access to record and document the mines from within.

The group began the project in May 2021 following a £2000 donation from the CNCC as well as funding from the Yorkshire Dales National Park Authority’s Sustainable Development Fund, the Chatsworth Estate, Subterranea Britannica and private donations from members. As of March 2022 GMAG members have given up 426 hours of voluntary work having completed eight fences out of fourteen in total.

Since applying for permission to undertake the project in March 2020, the group have located a number of additional shafts that need fencing, so moving forward the aim will be to expand the project seeking additional consent and funding.
Click to expand...

This is an outstanding initiative showcasing how members of the cave and mine exploration community take a leading role in making safe, preserving and documenting our industrial heritage. These are funds very well spent and CNCC is proud to have sponsored this initiative. Thanks to Sam for the update and the photos below.

The group have an excellent website with more information (www.grassingtonmines.com) as well as a proactive Facebook presence.

We wish the team all the best for the continued work. 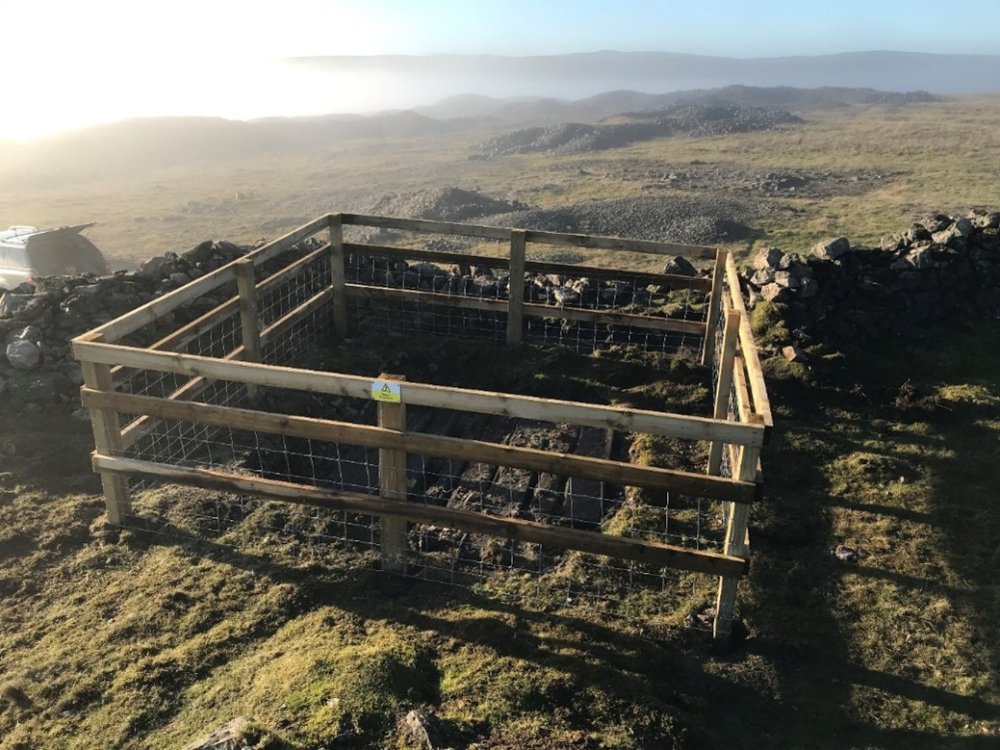 Above: A completed fence around Glory Mine. Prior to GMAG’s intervention, the shaft was covered with rotten wooden sleepers and a large mound of spoil. Worrying, many visitors would stand on this mound in order to capture images of the walled horse whim restored by the Earby Mines Research Group in the later half of the 20th century. 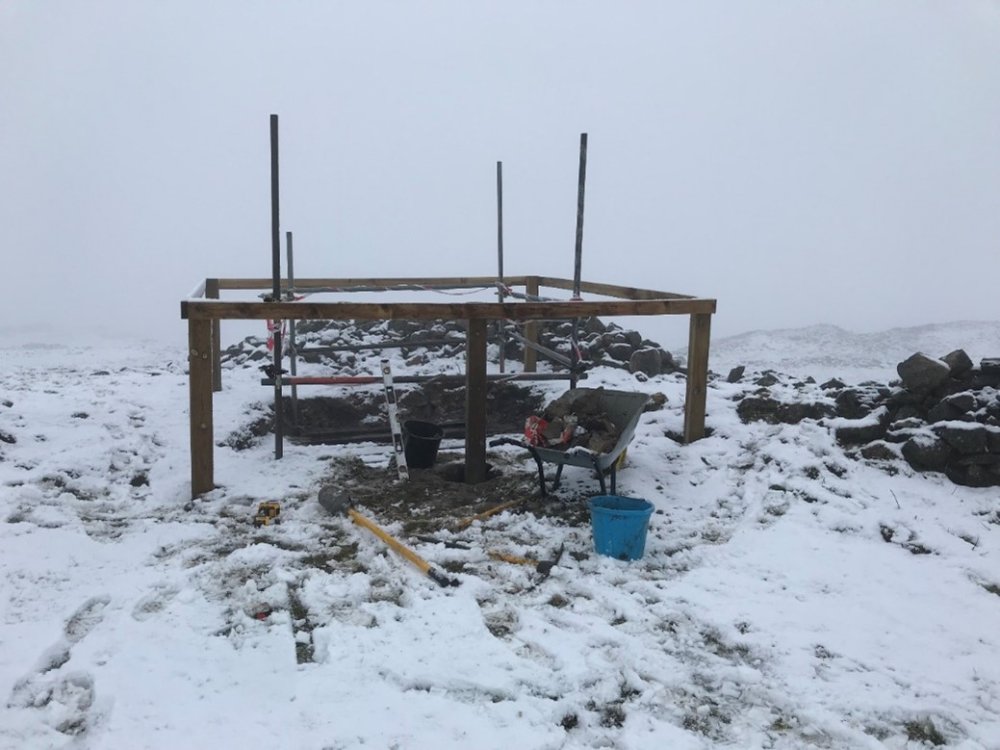 Above: The Grassington lead mines are located on a remote and exposed moorland which makes completing the project difficult at the best of times. Here’s an image taken during one of the more challenging days of fencing work. 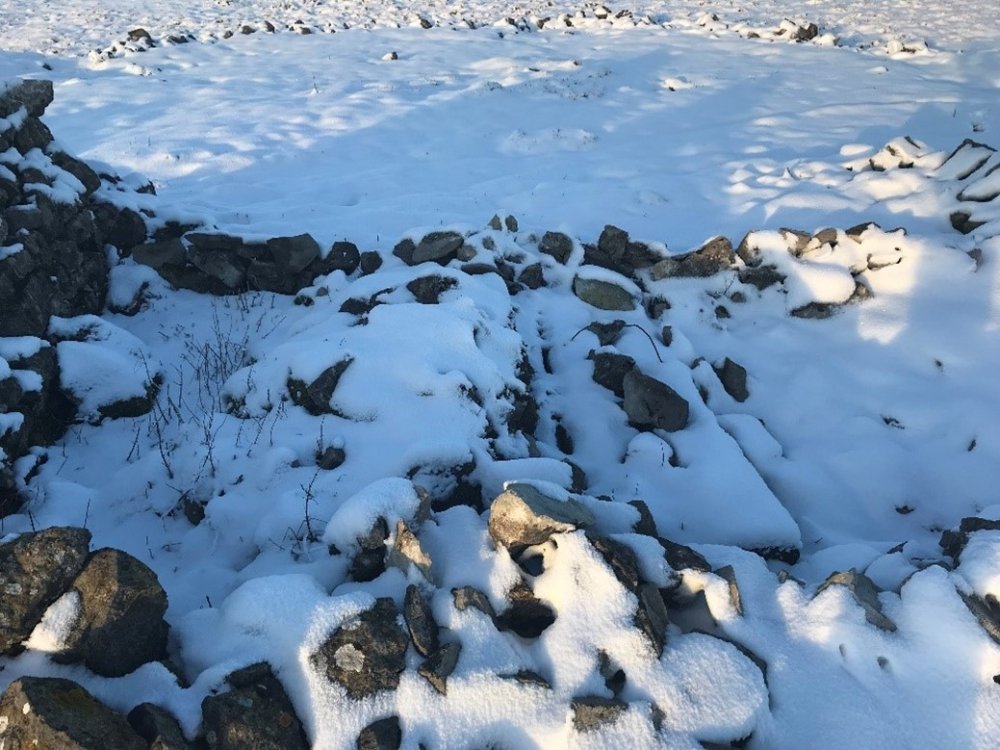 Above: As with many of the Grassington lead mines, Chatsworth Shaft pictured below was covered using railway sleepers and a mound of spoil. Many visitors to the moor would be unaware of the 44.5 metre shaft beneath their feet as they walked over this small hillock. 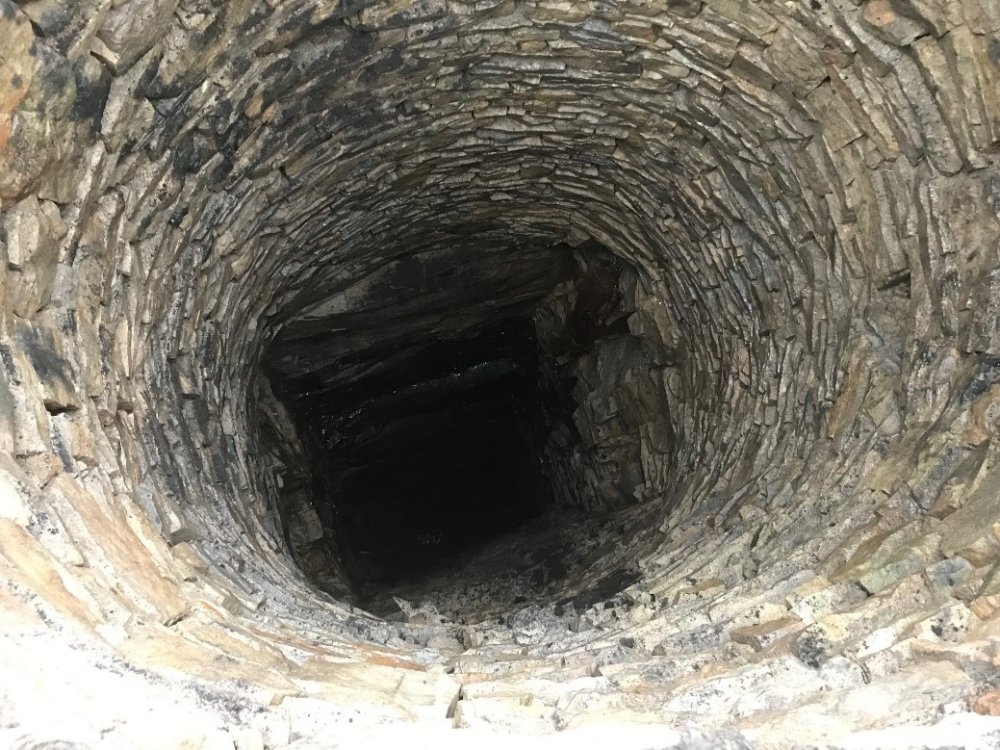