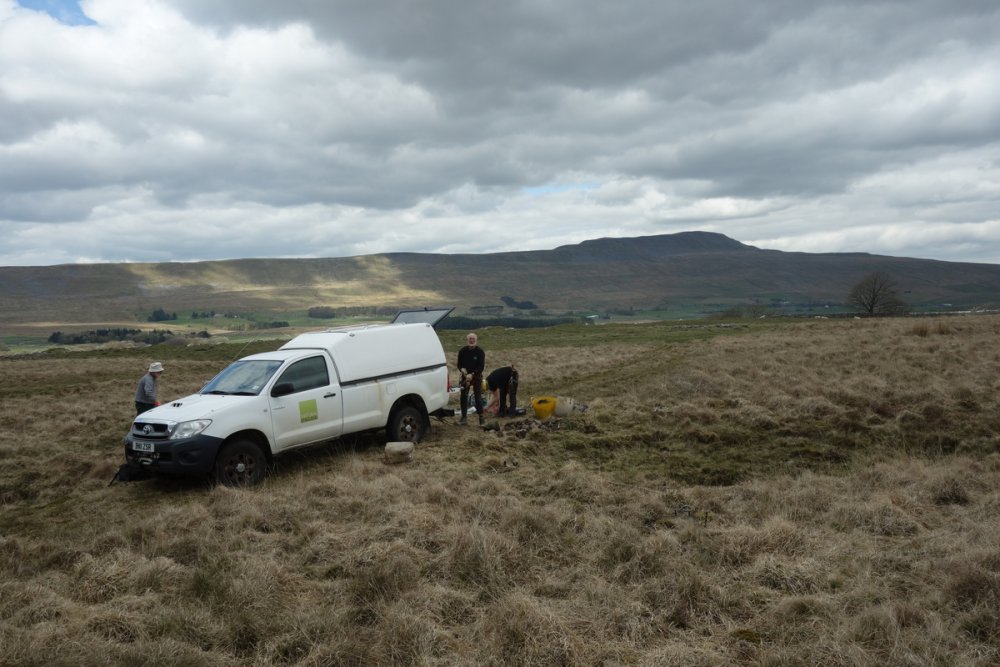 Just over a year ago we issued THIS WARNING about a shakehole which had collapsed into the Greak Douk streamway:

While not causing a blockage of the streamway, further falls within the unstable new entrance seemed likely and of course the new hole presented a danger to livestock.

Due to the ongoing Covid issues and a number of wet weekends, this got put on the back-burner, however, we are pleased to say the matter has now been dealt with.

A team of four CNCC Conservation Volunteers (Tim Sullivan, Alan Wylie, Adele Ward and Ged Benn) along with CNCC Chair, Andrew Hinde as supervisor, made their way to the collapsed shakehole. Some lintels and tools were brought in the Natural England Hilux. The first inspection of the hole was not very promising as there didn’t seem to be much solid rock but after clearing some of the loose stuff, sufficient solid ledges were found to hold the lintels. Whilst we were working, Andrew monitored the cave entrance to warn any cavers who were likely to be passing under. The two short lintels fitted perfectly across the hole and the long one, after cutting, went across at right angles. Large rocks were then used to lock them in place and progressively smaller stuff was piled on, finishing off with a layer of grassy sods.

Thank you to our volunteers for giving their time to sort this. Our efforts have also been appreciated by the local farmer, who has been in touch to say thank you.