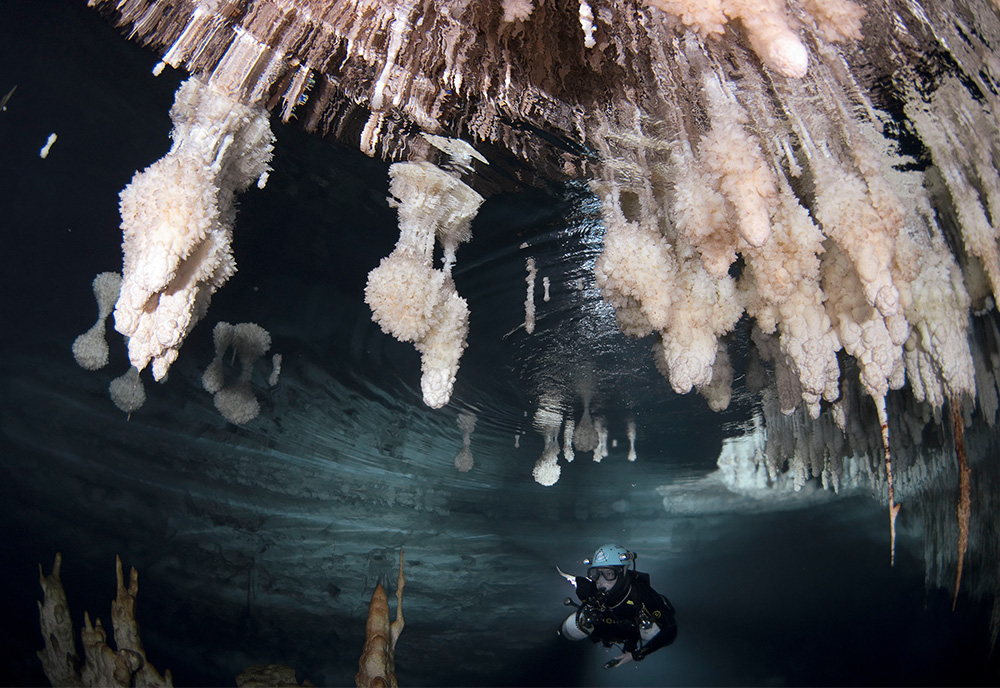 The early 1900s were an exciting time across the world, with rapid advances in
the steel, electric and automobile industries. The industrial changes also mark
an inflection point in our climate. According to an international team of
researchers led by the University of South Florida (USF), the sea level has
risen 18 centimeters since the start of the 20th century.

The study, featured on the cover of the July 1 issue of Science Advances, works
to identify preindustrial sea levels and examines the impact of modern
greenhouse warming on sea-level rise.

The team, which includes USF graduate students, traveled to Mallorca, Spain –
home to more than 1,000 cave systems, some of which have deposits that formed
millions of years ago. For this study, they focused on analyzing deposits from
4,000 years ago to present day.

The team found evidence of a previously unknown 20 centimeter sea-level rise
that occurred nearly 3,200 years ago when ice caps melted naturally over the
course of 400 years at a rate of 0.5 millimeters per year. Otherwise, despite
major climatic events like Medieval Warm Period and the Little Ice Age, the sea
level remained exceptionally stable until 1900. 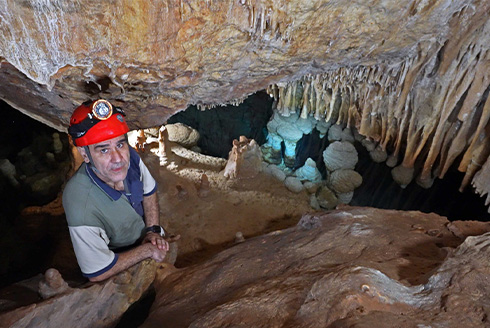 we live in a time of unprecedented superlative deflation!

Precedent: 'an earlier event or action that is regarded as an example or guide to be considered in subsequent similar circumstances.' (Google stealing from somewhere else)

It does not mean 'surprising', although that is often how the word is used. It is also not a superlative.

You can make anything unprecedented if you narrow the search window enough!

ChrisJC said:
You can make anything unprecedented if you narrow the search window enough!
Click to expand...

Indeed, reminds me of an article I recently read:

Will temperature records be broken today? You bet they will. By the end of the day you can be sure we'll be bombarded with headlines along the lines of 'Records tumble as Britain wilts' – or, in the case of the Guardian, 'Record-breaking heat heightens fears of climate crisis'. But don’t get too excited. Read on a little and you will find that the records which have been broken will seem just a little less dramatic than they at first appeared. The reason we keep having ‘record-breaking’ heat is not so much because of climate change – although rising global temperatures are slightly increasing the chances of records being broken – but because there are so many records to break. This is especially the case since it became fashionable for meteorologists to start using daily temperature records: the highest, or lowest, temperatures recorded in a particular location on a particular day of the year.

The trouble is that this creates so many records it is inevitable they are being broken all the time. Last Sunday, the Observer ran the headline 'US temperatures hit record levels as south west bakes in a heatwave'. If you thought that meant that America has just witnessed its highest temperatures ever, you were in for disappointment. It turned out that the records that had been equalled (not even broken) were the hottest 11 June in Phoenix, Arizona (equalling that measured on the same day in 1956), the hottest 11 June in Las Vegas (equalling 1956) and the hottest 11 June in Denver (equalling 2013).
Let’s do a little sum. There are 19,495 incorporated cities and towns in the US, and there are 365 days of the year – or rather 366 days with temperature records. Multiply these together and you find there are 7.1 million daily temperature records in the US to beat.
Moreover, reliable temperature records only go back a century or so. The chances of getting through an entire year without a number of these records being broken is negligible. In fact, you would expect an average of 194 such records to be broken every single day (a figure you can arrive at by dividing 7.1 million records by the 36,500 days of the past century).

As for Britain, the Met Office uses a network of 270 automated weather stations around Britain capable of producing instant recordings. Ignoring all other weather stations which could potentially record their highest-ever temperature for 17 June today (with a slight delay), the automated network alone provides a potential for 98,550 daily weather records. No, it won’t mean ‘climate chaos’ if some of these fall – it will simply be an inevitable result of ‘record temperatures’ having become a debased currency.
Click to expand...

You can make anything unprecedented if you narrow the search window enough!

Which would indeed be a fair criticism of the word 'unprecedented' if they hadn't immediately followed it by the word 'modern'...

I am a fan of a good bit of pedantry, but pedantry needs to be accurate or invite further corrective pedantry

On an actual 'science' note I doubt there is anything in the non-modern geological record showing warming this rapid but we probably don't have any records with enough time resolution to demonstrate that (I could be wrong). Regardless, there is plenty of evidence that, restricting ourselves quite reasonably to the current interglacial (i.e. the last 11,000 years or so), the current _rate_ (if not yet the magnitude) of warming exceeds anything seen in current records. That particular paper shows nothing comparable in the last 4000 years.
You must log in or register to reply here.
Share:
Facebook Twitter Reddit Pinterest Tumblr WhatsApp Email Share Link