Is it safe to go caving yet? Modelling cave flood events in Yorkshishire

I generally find metoffice overestimate the amount of rain that's due, whilst yr.no are more conservative (but neither are right anywhere near all the time)

mikem said:
I generally find metoffice overestimate the amount of rain that's due, whilst yr.no are more conservative (but neither are right anywhere near all the time)
Click to expand...

I guess that has to do with the weather models they use to form their predictions being more or less conservative, the NIMROD data I used to make the figure in the last post is the radar data as it was recorded at the time (they say it's verified against tipping bucket data to check it's working properly) so I reckon it's probably as good as I'll get.
M

Yes, estimates of what's fallen will be better than forecasts.

Made some headway with the radar code now it overlays a map of the dales corresponding to the georeferenced data.

I've written some code which averages the mm rainfall from the radar data over a certain catchment area denoted in the red box, and shows the total mm of rainfall that has fallen in that catchment area over 1 hour periods.

I'll hopefully be able to make some kind of video showing a timelapse with bar chart rainfall and line graph cave water level to show the relationship between the two. 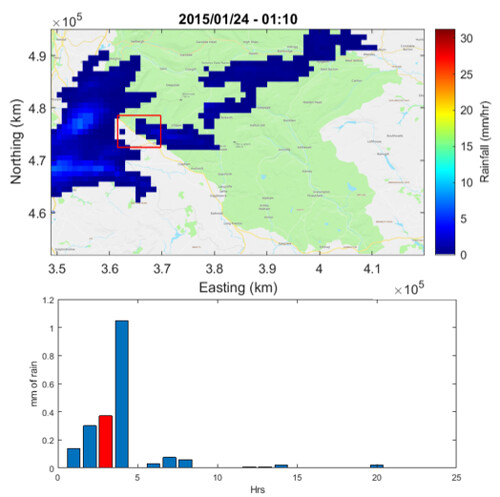 need to fix the x axis on the bar graph but you get the idea.

I promised an update last week, they say a picture tells a thousand words so I'll save us some time and just show you what I've been up to. 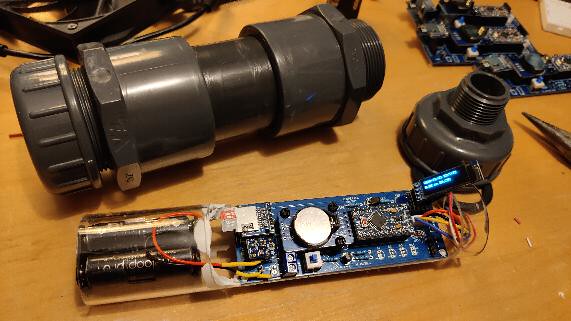 currently it is sat in a bucket of water in my basement...

The logger uses a ?17 MS5803-14BA fluid pressure breakout sensor module by spark fun, and the logger housing follows a similar design to the cave Perl. 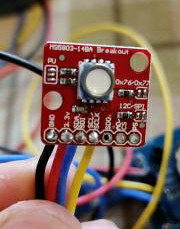 The sensor is potted on the outside of the logger housing in a smaller tube with epoxy resin.

The end caps of the PVC housing were flame treated to oxidise the plastic surface and allow the epoxy to have a better contact surface to adhere to, the epoxy peels off easily otherwise.

Flame treated (left) untreated (right) - water was poured over the top to show how the hydrophobicity of the surface changes.

The new logger is has a plug and play modular design with pin sockets so various modules can be swapped out easily without the need for desoldering, this is useful for troubleshooting faulty modules. The PCB allows for 3 I2C devices, 3 analogue sensors and an ultrasonic sensor to be mounted on the board. An optional screen and/or LED can be mounted for a confidence check the device is working properly.

Once all the tools/components were in place making the loggers was pretty straight forward I made 4 of them last night. 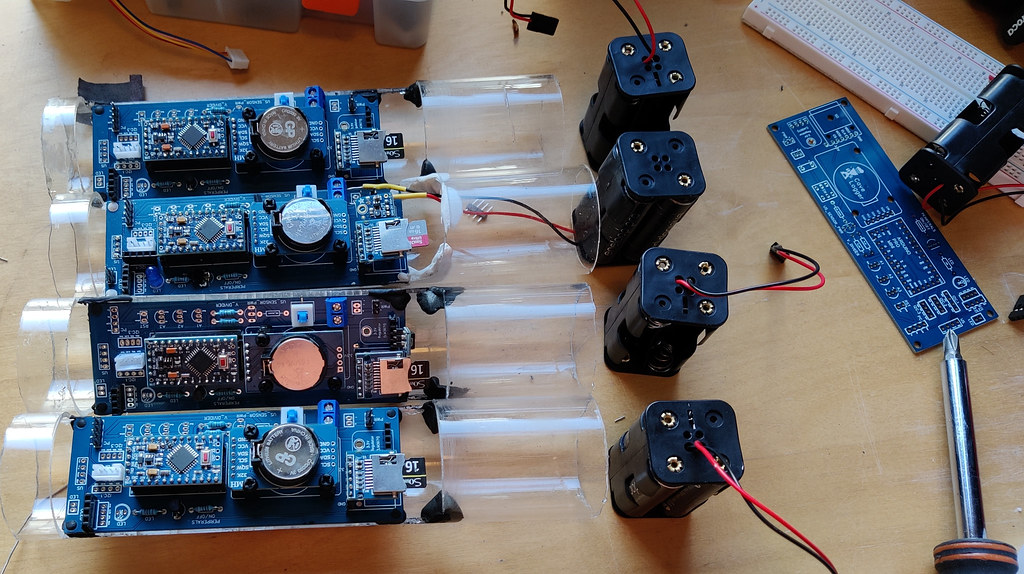 The PCB is mounted within the inner housing tube using some stuff called Sugru, it's kind of like blue-tac but sets as hard rubber and sticks to surfaces well. 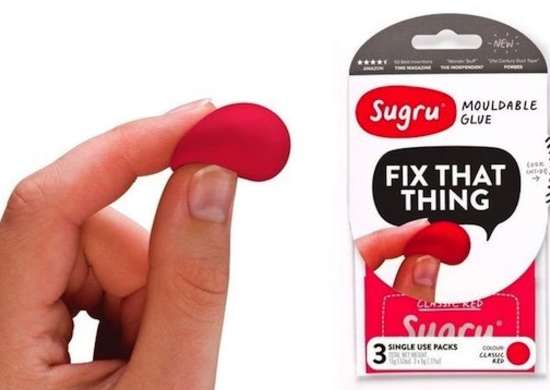 I have a few different types of loggers I want to try. the latest is a logger with some buoyancy aids that either hang from the ceiling or are tethered to the floor, the idea being that a flood pulse will cause the logger to move around or change from vertical to horizontal or visa versa. This has the benefit that the sensors are cheaper (?3 each) and the loggers are completely enclosed without the same point of weakness the other sensor designs have. The disadvantage being that the sensors will only tell you if the cave is flooded or not with no transient data. Still useful for seeing the big picture if you have lots of them strategically placed in the various bits of a cave that flood if you want to know how long a cave passage stays flooded for after prolonged rain.

Made a little animation to show you what I mean, I've gone off the ultra sonic sensor a bit, I don't think it would survive submersion and I'm not sure if the bats would like it.

TheBitterEnd said:
It seemed to me that the rainfall radar would be useful for this kind of thing because it gives intensity and location so I asked the met office if they made historic rainfall radar data available but they don't and apparently they don't even record it. I did wonder if it would be possible to screen-scrape the rainfall radar map but never got around to trying.
Click to expand...

I realise that I'm digging up an old thread here, but for anyone still interested in this sort of thing the MetOffice's NIMROD system is extremely useful. It's essentially a now-cast of rainfall depth for every national grid square at a 5 minute resolution, based on data from rainfall radar, surface monitoring stations, satellite data, and numerical weather prediction models. Historic data is recorded and available from CEDA.
M