We've received a report of a loose cobble next to one of the rebelay anchors at the bottom of the Lancaster Hole entrance pipe. It doesn't sound to be held in by very much, and if it came out it would fall straight down the pitch.

Anyone visiting over the coming weeks/months, please pay particular attention and take extra care (and feel free to take remedial action if safe to do so).
W

Does anyone know if this is still a problem?
Is it pretty easy to avoid or has it been sorted?
Thanks for any updates
Pete
H

As far as I know it's still loose. I'm going to try to have a look at this on Saturday. If I can sort it while I'm there I will do, and if not I will make a plan and post here. I believe the cobbles were cemented in when the new entrance tube was installed so a bit of thinking might be required.

We do have an update, provided yesterday from a volunteer who went to check out the situation.

The following is their wording, not ours (click to enlarge):

Yesterday whilst on a trip down Lancaster Hole myself and a friend saw the loose cobles mentioned by the CNCC recently, they where immediately at the base of the concrete tube and had previously been cemented in place but appeared to have slumped, upon closer inspection we noticed a very large amount of infill behind the cobbles that was not at all stable and was only held in place by good fortune, it included a very large boulder that was 100kg+, we trundled what we could whilst their (one kick was all it took) and abandoned our trip as we didn’t fancy getting underneath it all.

We returned tonight and dealt with the big boulder which is now in pieces at the bottom of the pitch.

We have cleaned up as best we can but there is still a large amount of infill (probably used to backfill around the tube) that could be an issue if it became loose.

Cavers should remain aware and vigilant if going down Lancaster Hole... I don’t think that digging more of it out is the answer as where do you stop? There is quite a lot of it.
Click to expand...

Thank you to the team who reported this and have done a great job with this remedial action and further assessment.

Our Chairperson has invited those involved in installing the current entrance pipe several years ago (who will have a more in-depth understanding of what lies behind/underneath it) to have a look and see if it is something they can help with or provide additional suggestions. Of course, the CNCC will provide whatever input we can.

For now, anyone descending Lancaster Hole, must do so with extreme caution and check for anything loose under the pipe that may fall during a descent. If the situation presents an unacceptable hazard, do not descend whatsoever and report your observations to us.

If you do decide to descend, we suggest ensuring each individual is fully clear of the entire shaft (i.e. positioned well away from the bottom, along the passage towards Bridge Hall) before the next person even comes down the pipe from the surface.

In particular, any groups visiting with novices should be particularly aware; It may be sensible to put a Lancaster Hole trip on pause and instead enjoying one of the many excellent other 'simple SRT' potholes in the area until the situation has improved.
Last edited: Oct 31, 2022 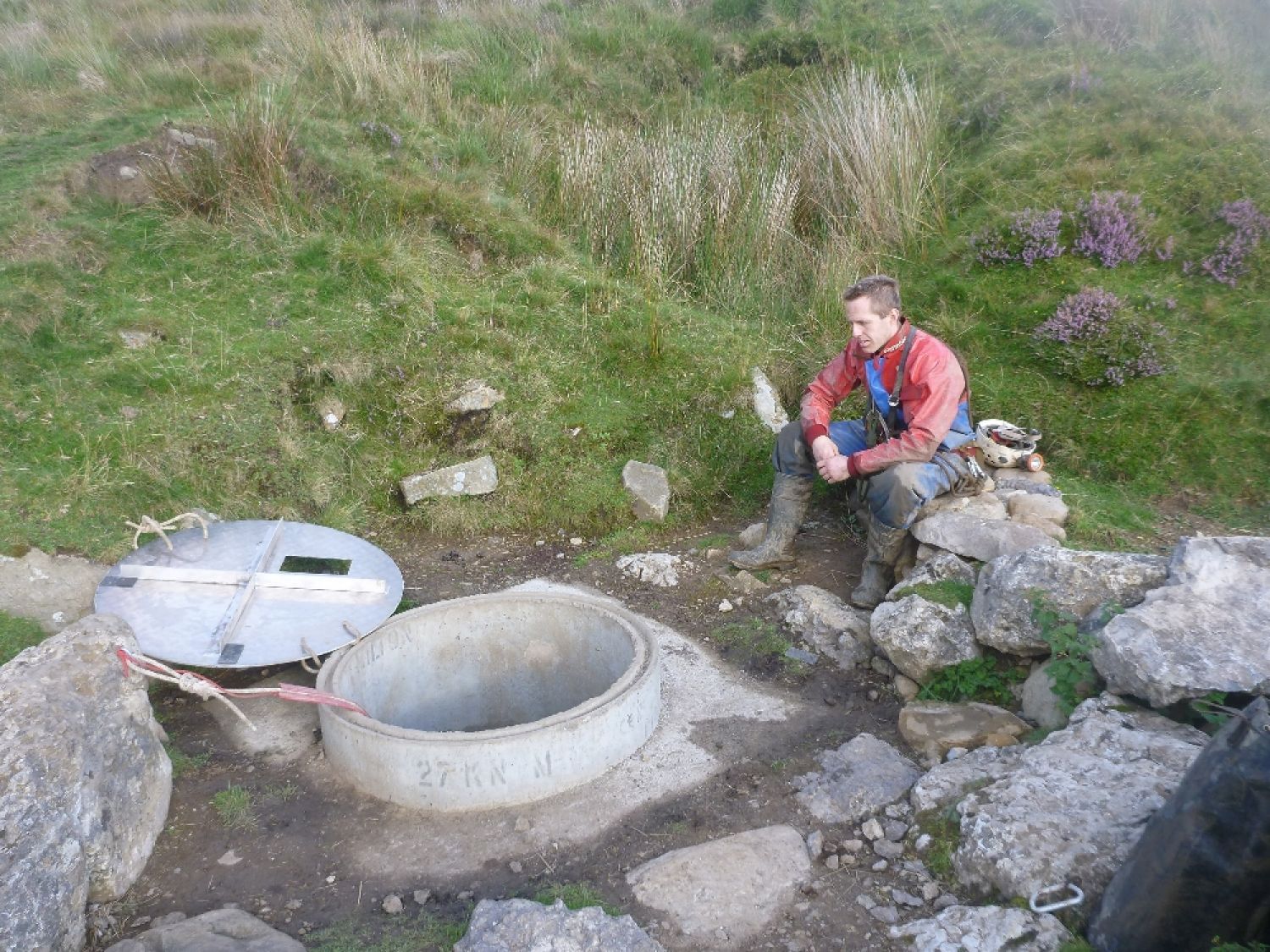 A few weeks ago, some loose cobbles were reported to CNCC at the base of the Lancaster Hole entrance pipe. We immediately issued a warning on our website and via...
cncc.org.uk

(also I think this picture shows the rope rigged off a single anchor on the boulder - I think a lot of people don't know there is a second anchor tucked away low down on the back side of the boulder which can be used to back up the main hang, even though it is shown on the topo)

andrewmcleod said:
(also I think this picture shows the rope rigged off a single anchor on the boulder - I think a lot of people don't know there is a second anchor tucked away low down on the back side of the boulder which can be used to back up the main hang, even though it is shown on the topo)
Click to expand...

And having a Y-hang at the top means that a Y-hang isn't need in the chimney, allowing two parties to rig the main parts of the entrance pitch using different sets of anchors.

Having spoken to the group who took the photograph, it was actually taken BEFORE they rigged their rope, at a time when there was an abandoned rope on Lancaster Hole for several weeks, which as pointed out, was not appropriately backed up to a second anchor.

Certainly the CNCC message is clear; Never rig from just one anchor: 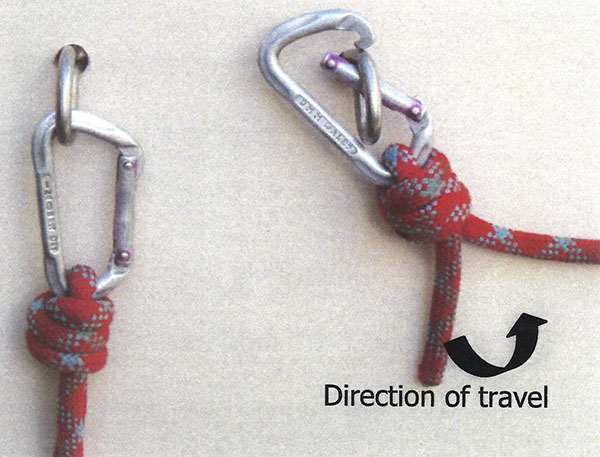 We are pleased to say that a RRCPC team have been to have a look at the situation at Lancaster Hole.

The conclusion is that a little work below and behind the current entrance pipe is needed because the fill (mud, cobbles, gravel etc) has deteriorated and will continue to do so. Therefore, matters are only likely to get worse unless the void is dealt with and stabilised soon.

There is still a risk of material coming loose from here, so continued caution is needed. A decision to descend should be made following careful inspection and use of your own judgement as to whether it is in a safe enough state.

A reminder of this has been attached to the lid for now for anyone who does not follow CNCC social media.

The CNCC has offered to fund any materials needed for this work, and we will keep you informed. Thanks to the RRCPC volunteers for taking this on and keeping us informed.

A team from the Red Rose CPC will be undertaking remedial work at Lancaster Hole on the weekend of Saturday/Sunday 10th and 11th December.

This is going to involve a considerable effort, including clearing loose material and concreting the resulting void.

We would really appreciate if cavers could please AVOID Lancaster Hole that weekend. There will be people working down the entrance throughout the weekend, and it will really hamper work if needing to keep giving way to ascending/descending groups. Getting this sorted is in all of our best interest, because if not dealt with soon it could become a lot worse.

It goes without saying that if exploring the area near the bottom of Lancaster Hole from a different entrance (e.g. Cow Pot), do not pass underneath the bottom of the shaft as there is a high chance of materials coming down from above.

Furthermore, we advise against access during the first few days of the week after (12-13th December) while the concrete cures, and for any groups descending in the weeks after that to pay particular attention for any loose material either where the repairs have been made or on ledges.

Those dates have been blocked from the CNCC's booking system, and the one group who already had a booking have been informed.

Thank you for your co-operation and understanding. Thank you also to the team involved for braving the December elements on Casterton Fell to sort this out (we really are very grateful indeed).

The team did indeed brave the terrible conditions at the weekend and managed to make it up to Bull Pot Farm, in what must have been a rather interesting drive, and a nithering time spent on the fell trying to get some work done.

The framework was done and everything is ready for concrete pouring. However the temperature was simply too low for this.

For now, Lancaster Hole is available for visitors to enjoy, but of course, take heed of the warnings above, check carefully during your descent for any loose material, and try to avoid disturbing any infrastructure that is pending the concrete pouring.

Unfortunately, this will mean needing to once again ask cavers to avoid Lancaster Hole for another weekend at some point in the future to allow work to be completed. No date confirmed yet (it will certainly need to wait for above-zero temperatures). We will keep you informed.

The team have asked us to pass on their thanks to northern cavers for your patience and understanding, although we rather feel that it is us who should be thanking them
H

Lancaster Hole update: We are intending to pour the concrete this Sunday, 5th February. Sorry for the very short notice.

It would help us a lot if cavers could avoid the entrance, from above or below, from Sunday 5th February to Friday 10th February, inclusive.

Having said that, we are a bit short handed, so if anyone is available either this Saturday or Sunday, to lend us a hand in either preparation or carrying, please send me a direct message.

Thanks for you patience!

Hannah, on behalf of the team
H

Edit: Please avoid the entrance shaft on Sunday and Monday. It will be fine after that.
H

We got it done Thank you so much to everyone involved.

I will write up the work for the CNCC. A couple of photos to follow here when I've got time.

It was a bit of a grim task getting the concrete where it needed to be, but at least the weather was kind to us this time.

As always, we had to improvise certain elements on the day, so there are now some screws sticking out of the extra formwork we added. We will remove these asap, but in the mean time please take care not to catch yourself or your gear on them as you descend. There is enough room to avoid them.

We did our best to clean up any spills. I will go back in the spring and clean up again if required.