Continuing our quest to find and document everything listed in the Portland book, yesterday, Richard and I decided to visit Seagull Cave. Neither of us had been to this one before. Simply described in the book as "short, dry, dusty, loose rift reached by awkward traverse" we weren't expecting much. We'd guessed it would be a crack which we could grub along for a few metres before becoming too tight. Unlike some of the other holes we've hunted out I knew exactly where this one was. Despite taking a pile of 'getting to the entrance kit' I also suspected getting to the entrance would be simple as the climbers had developed pretty much every scrap of rock in that area.

So what did we find...
Firstly getting to the entrance is easy. The climbers have very kindly installed a path, bolts and traverse line right up to the entrance. Secondly the cave is much longer and wider then we'd anticipated. From the entrance the rift descends a dirty slope for around 20 m and then levels out. After 15 metres or so a 3m drop which has recently been bolted by somebody is found. The drop is easily avoided by traversing straight ahead on ledges to regain the floor so it's not clear what the purpose of the 2 bolts is. Beyond, the rift soon appears to end at a choke however by climbing up 5m over loose boulders, down a hole (which proved somewhat challenging to get out of on return) and crawling under an enormous flake an extension of around 20 m can be found. There's no real way of knowing but given the amount of loose material and lack of any sign of foot prints etc we suspect we might have been the first to visit beyond the choke (It would be good to hear from anyone else who's previously explored this cave). The next choke looks pretty much impassable but there might be a route over the top. I did climb up to a wider area above but in attempting to progress a lot of rock came down too close to Richard for comfort so we decided to call it quits there. A return with a tool or two (including a long poking pole) might yield a bit more cave but would involve traversing high up in the rift with a lot of loose rock both above and below.

In total we estimate the cave to be 60 m long and it took us about an hour to the end and back - it a rather energetic cave! There's some nice chert banding and its a good example of a pure Portland mass movement rift. There's no side passage and little in the way of stal (just a few small curtains high up at the end). At some point we'll probably survey this one to get an accurate cave length. Coupled with a visit to the well known Windy Dig (which is all of 20 m away) these two caves could definitely loose a couple hours of your time and so we've put Seagull Rift into the 'worthwhile pile'.

A few photos (plus a view along the cliff line from the entrance): 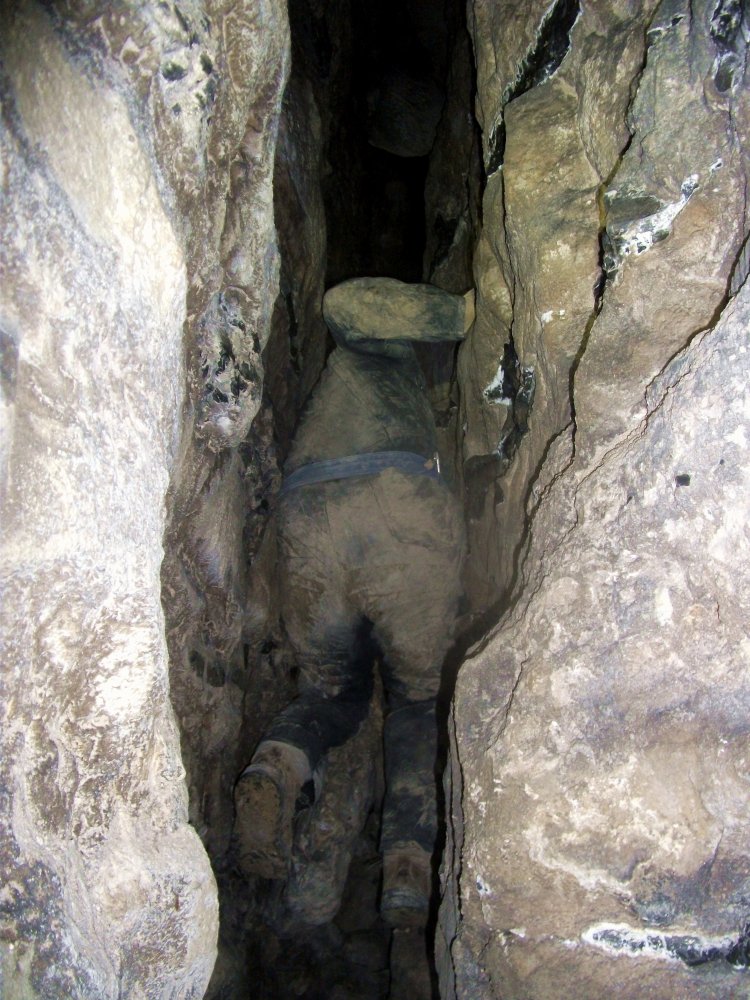 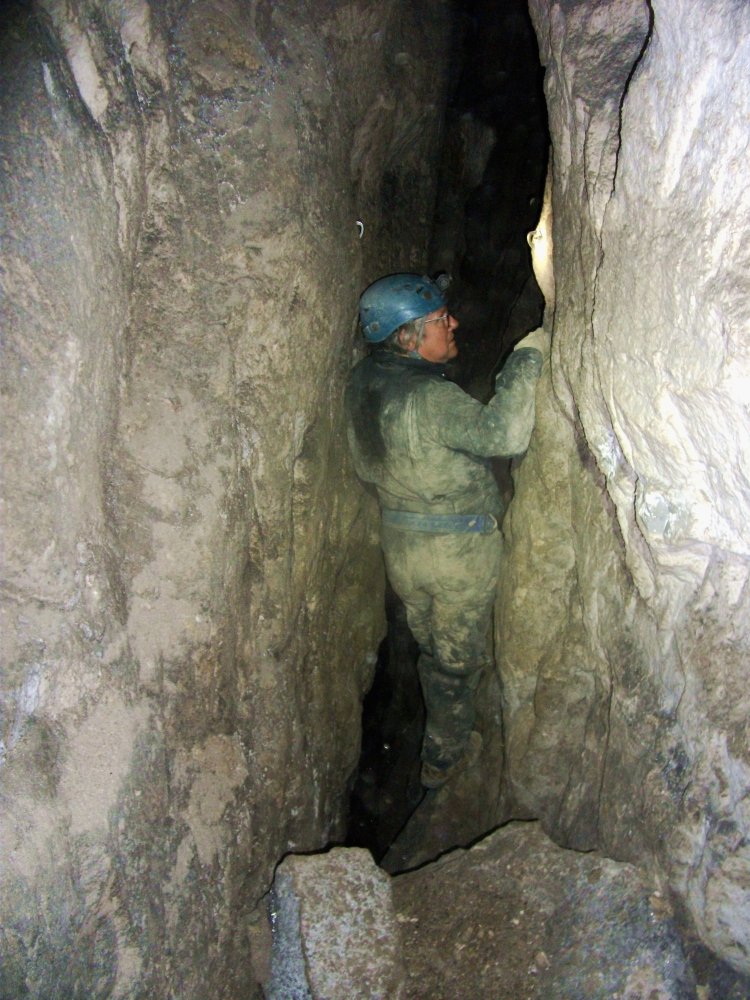 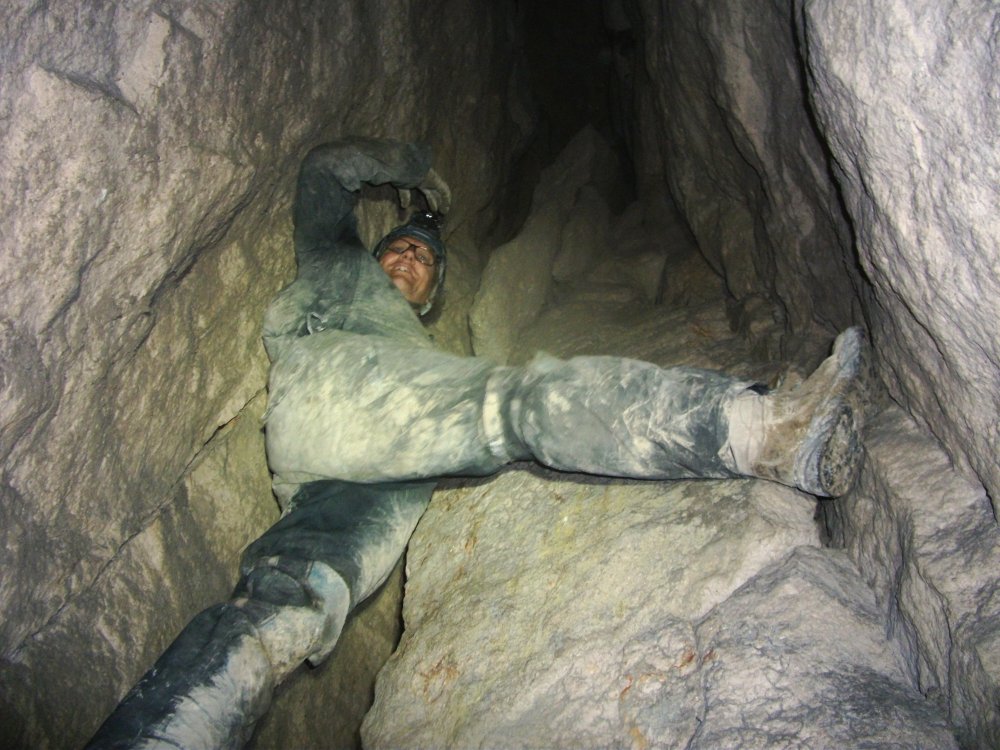 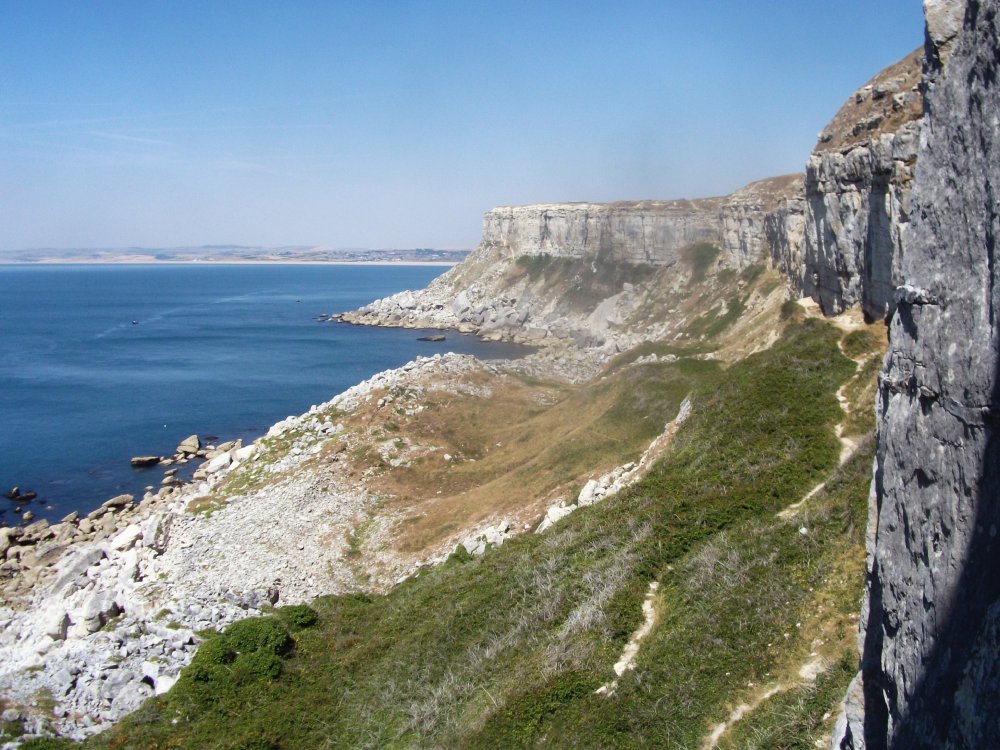 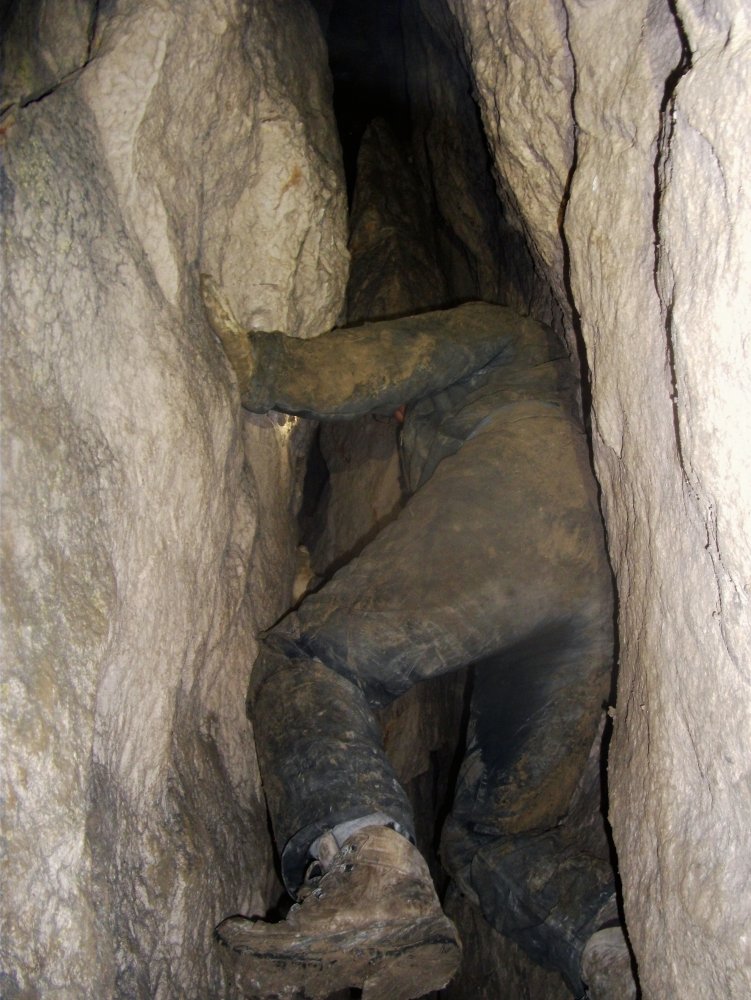 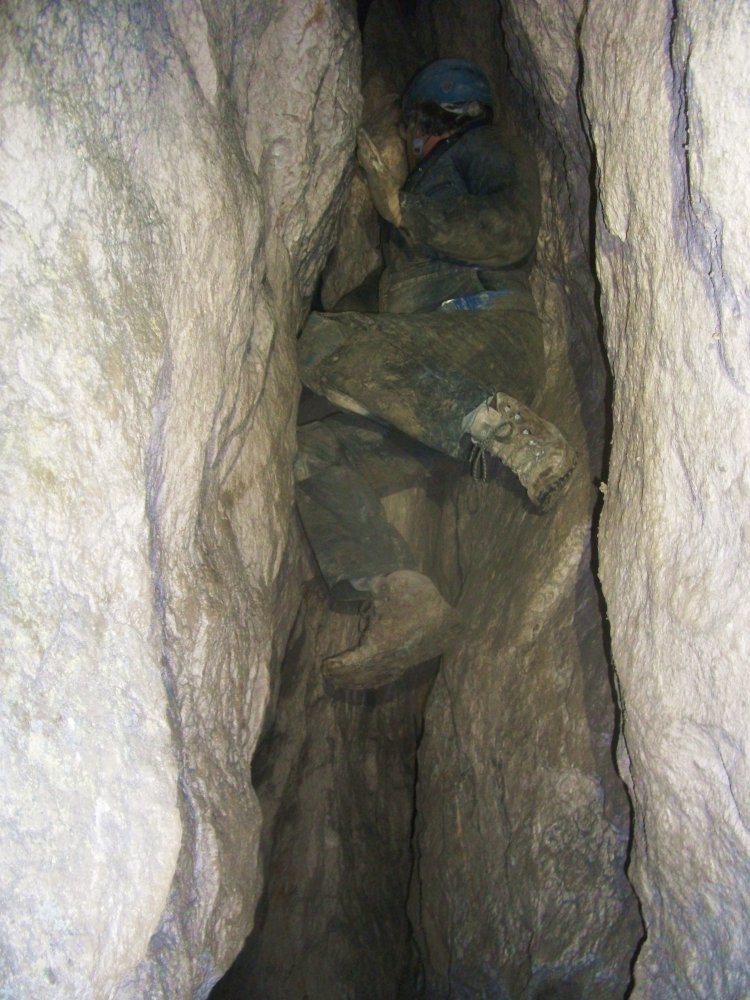 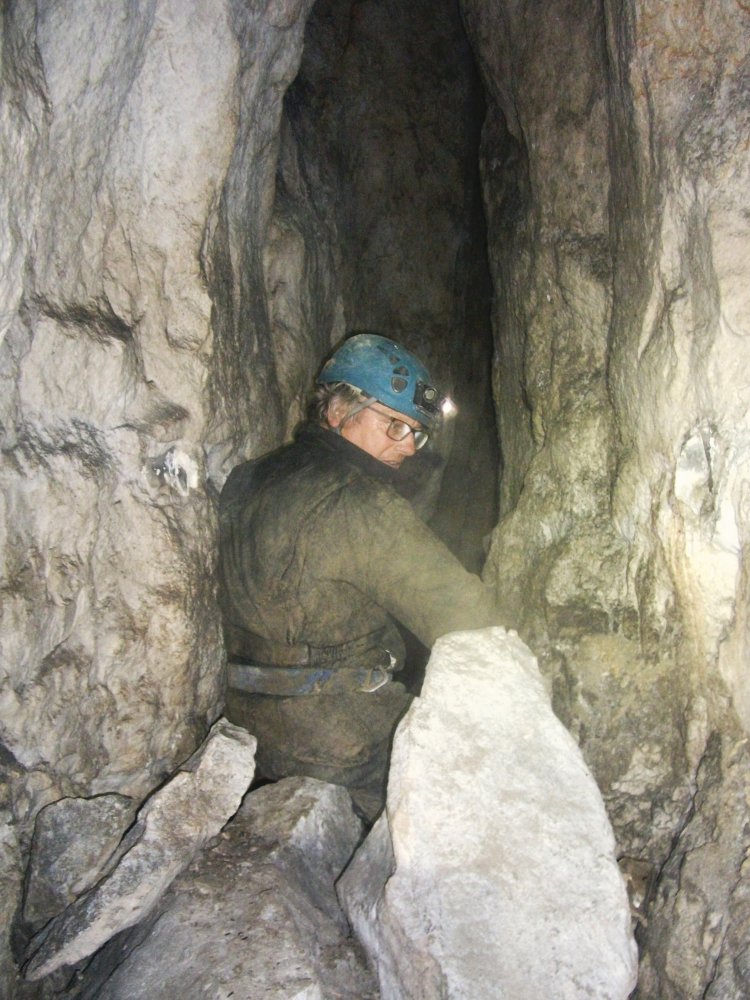 Looks good. One you can stand up in!
M