The CUCC expedition begins this Monday (25th July), after a two-year hiatus. Over 5 weeks, we’ll see 40+ people congregating in Totes Gebirge, Austria, to continue exploring caves on the Loser Plateau. We’ll be reporting the progress of this year’s expo on this thread and (hopefully) sharing all the exciting new finds and pretty photos.

Exploration this year will continue in Balkonhöhle. Exploration of this cave began in 2014 and was connected to the SMK system in 2015. It represents the northernmost part of the SMK system. Exploration over the last few years has yielded a lot of exciting finds; a 130m long, over 40m wide and up to 100m high chamber (“Galactica”) and a 200 m deep pitch series (“Mongol Rally”) to name but two. In 2019, much of the exploration in this system was concentrated on a series of phreatic passages ~50m up from the bottom of Mongol Rally (~400 m deep in the system), called “Pitstop”. Numerous leads were pushed here (with names like “Medusa’s Maze”, “Hades’s Rift”, “Where’s the milk”, “Custard Cavalry”), but very few were killed. There is a lot of leads still waiting to be explored in Balkönhohle, including 42 A leads (the most promising ones), 44 B leads and 44 C leads. Many of these leads will extend the system northwards into unexplored space.

The other main focus for this year’s exploration is Fischgesicht (or Fish Face) and Glucklich Schmetterlinghöhle (Happy Butterfly), two closely located caves that were discovered in 2017. They are located ~ 500m west of the SMK system. Their location on the plateau, good drafts and the complexity of their passages means there is good potential for these caves to connect with the SMK system, and with one another. The connection between the two caves is thought to have been found in 2019, although not confirmed. In 2018, extensive phreatic cave was discovered at -250m in Fischgesicht, trending northeast towards SMK, towards a part of the SMK (“the Subway”) where a lot of unexplored leads remain. Connecting these caves into the SMK system would extend the system significantly westwards and towards the Schönberg Höhlensystem.

Here's some figures and photos showing the SMK system, Fischgesicht and Balkonhöhle: 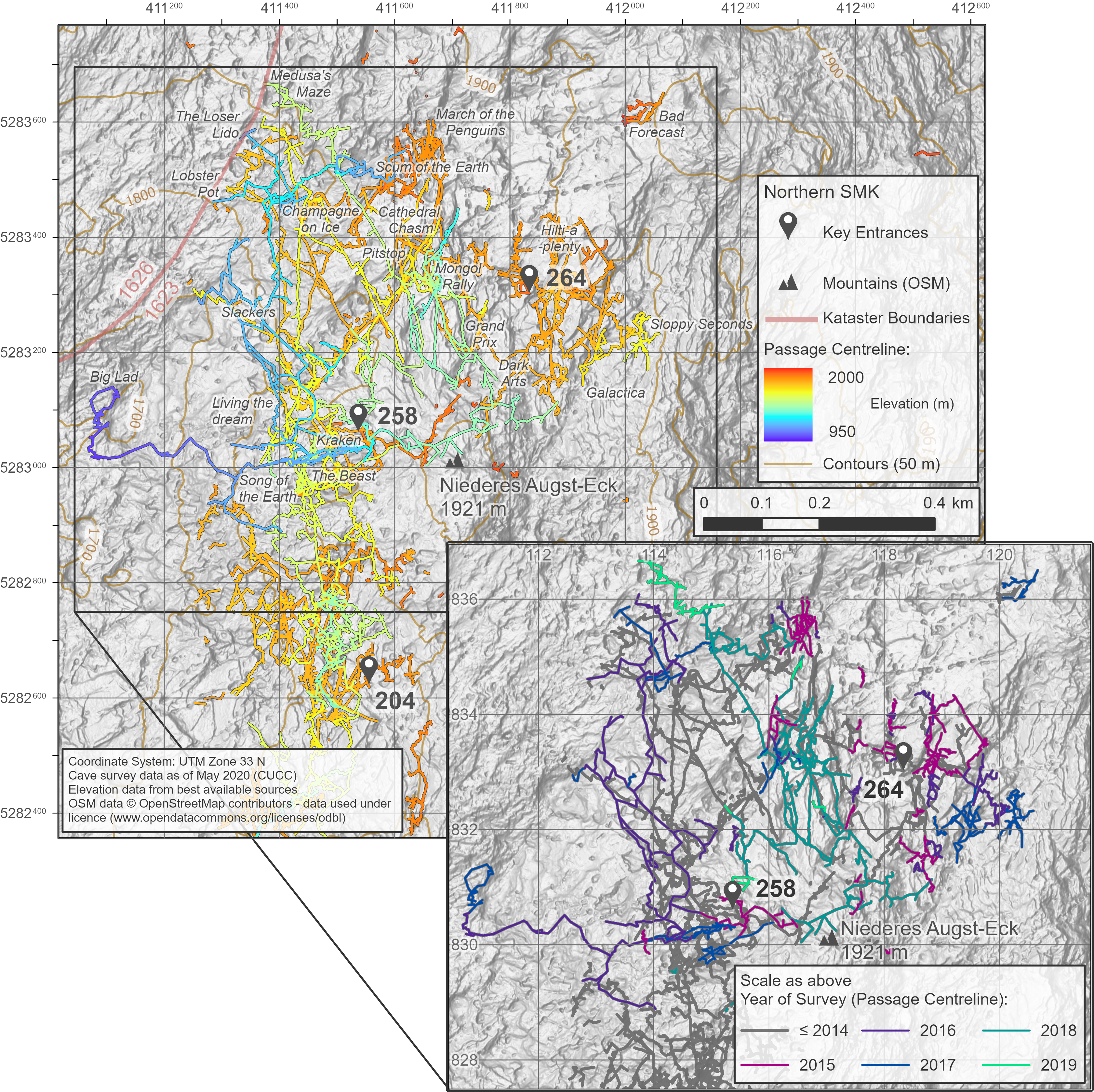 Location of Balkonhöhle (1623/264) and Tunnockschacht (1623/258) in the SMK system, coloured by elevation (a.s.l) in top left and year of exploration in bottom right. Credit: Nat Dalton. 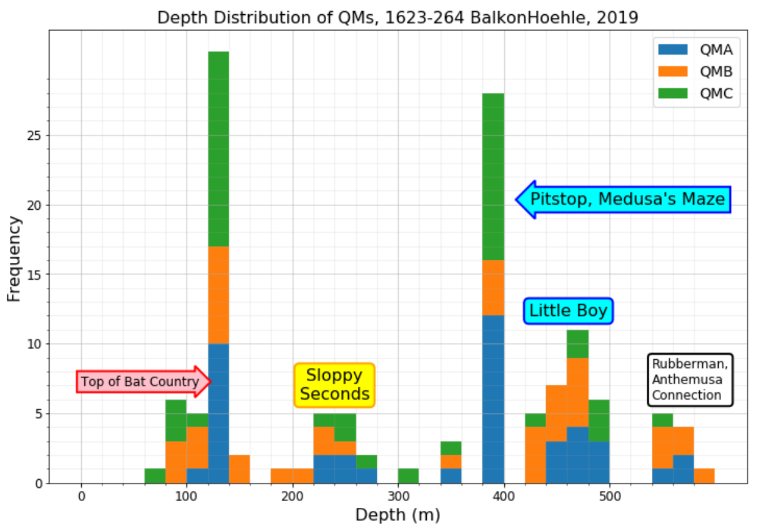 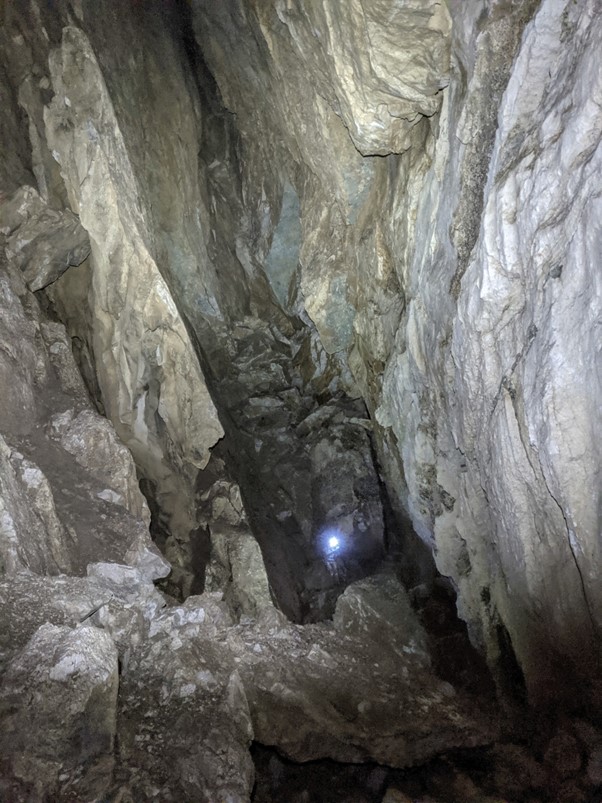 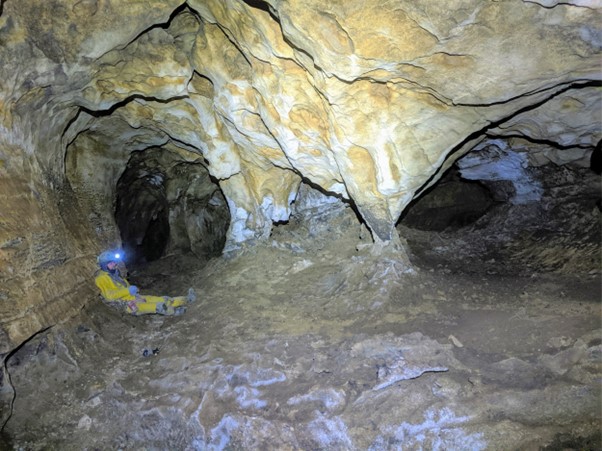 Phreatic passage in Medusa's Maze. Passage beyond was unexplored at the end of the 2019 expedition. Photo credit: Harry Kettle. 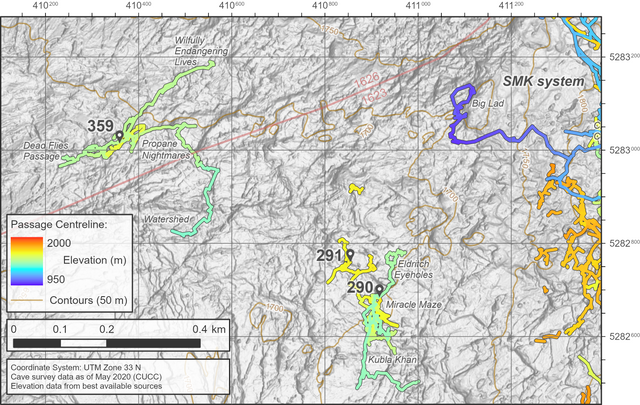 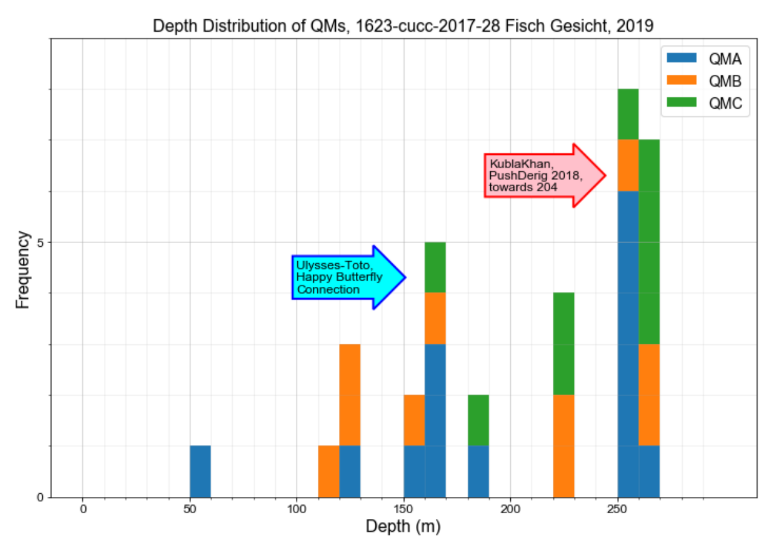 In our 2 year absence, some wasps had conveniently weaved a hat for the expedition Mascot but everything else seemed to be in order.

With a well-manned first week, many hands made light work and base camp was rigged before the expedition had officially started.

This meant by Monday we were already on our way up to the top camp looking to set up the all-important water collection tarp to catch the forecasted rain. The lack of snow was noted in comparison to 2019 when the bivy site and one of the caves we were meant to be pushing were completely snowed over. Once again with a strong team, we managed to set up top camp in a day despite the temperature soaring into the 30's. Now, all we had to do was wait for the promised rain and the place would be habitable.

The Bivy Site disguised as a snow drift and inside Photo Credit: Jonty Pine

With the water buts full we could finally make a start at rigging the caves to the pushing front. This involved carrying a load of gear up the hill and over some treacherous limestone plateau. This has been fondly named the plateau monster, fortunately, it hasn't caused any serious injuries this year but it has been known to break and twist legs in previous years.

The Plateau Monster with its toothy grin....... Photo Credit: Jonty

Although we don't have helicopters or even donkeys we do have a very atmospheric walk up. 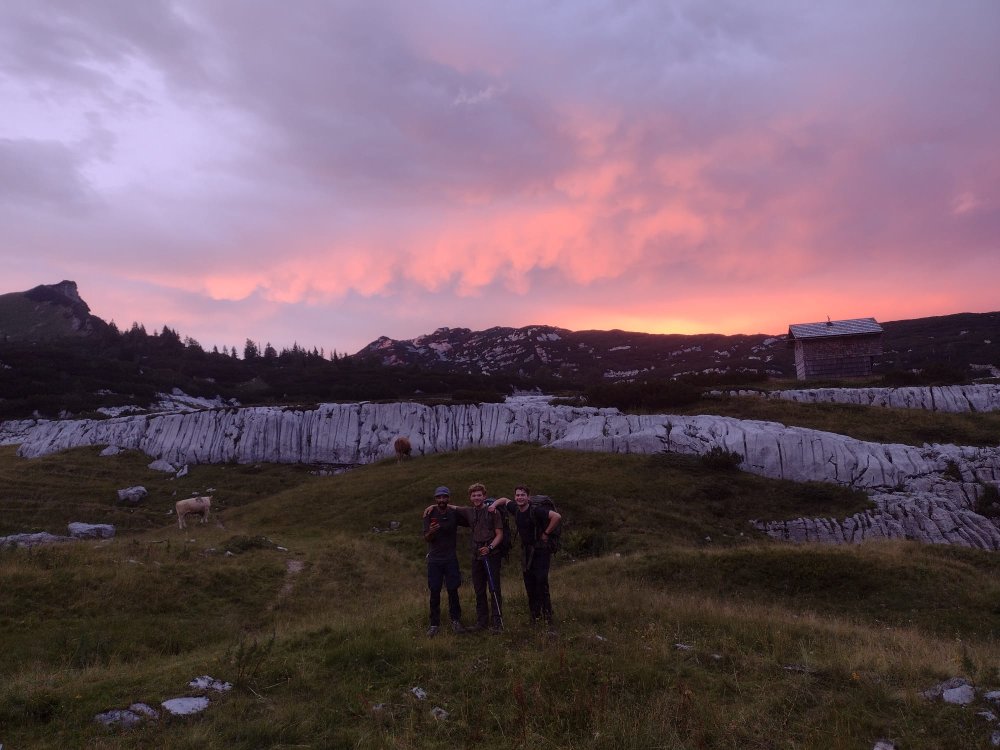 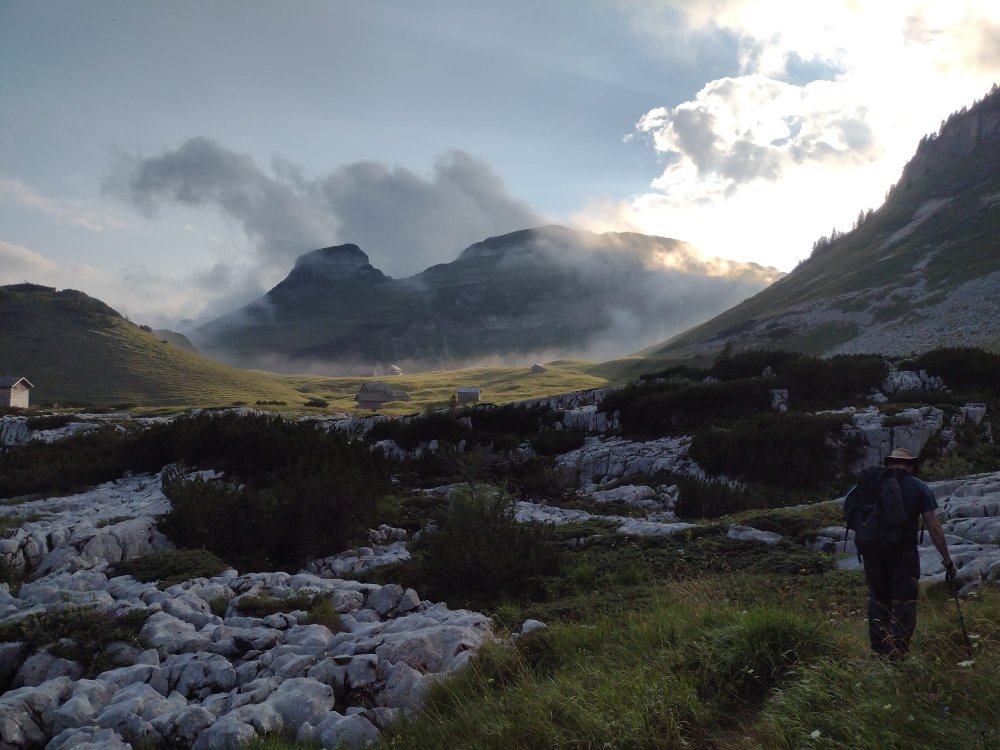 Staff member
'With two trips planned for tomorrow to the pushing front, we are finally ready to explore some caves.....' Good luck!
L

Also before I forget there is now a live webcam at the expidition carpark. Which can enable you to monitor us 24/7 and see what weather conditions we are suffering or enjoying.

Here you can see a negotiation in progress to determine how heavy everyone's bags should be taking in consideration the approaching thunderstorm and sunsets at 20:40..... 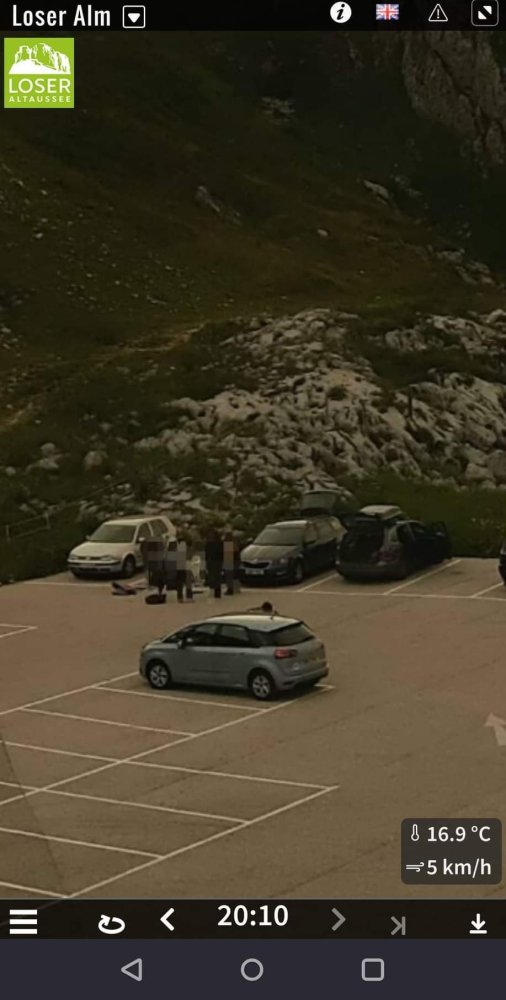 I'm from China and I visited this incredible cave system during the European Cave Conference in 2018. Now I am very happy to see that you will go again.
L

Happy Campers with 2-3 bags each off to camp in the "Northern Powerhouse" in Balcony. For 2 nights to avoid the forecasted rain this weekend. 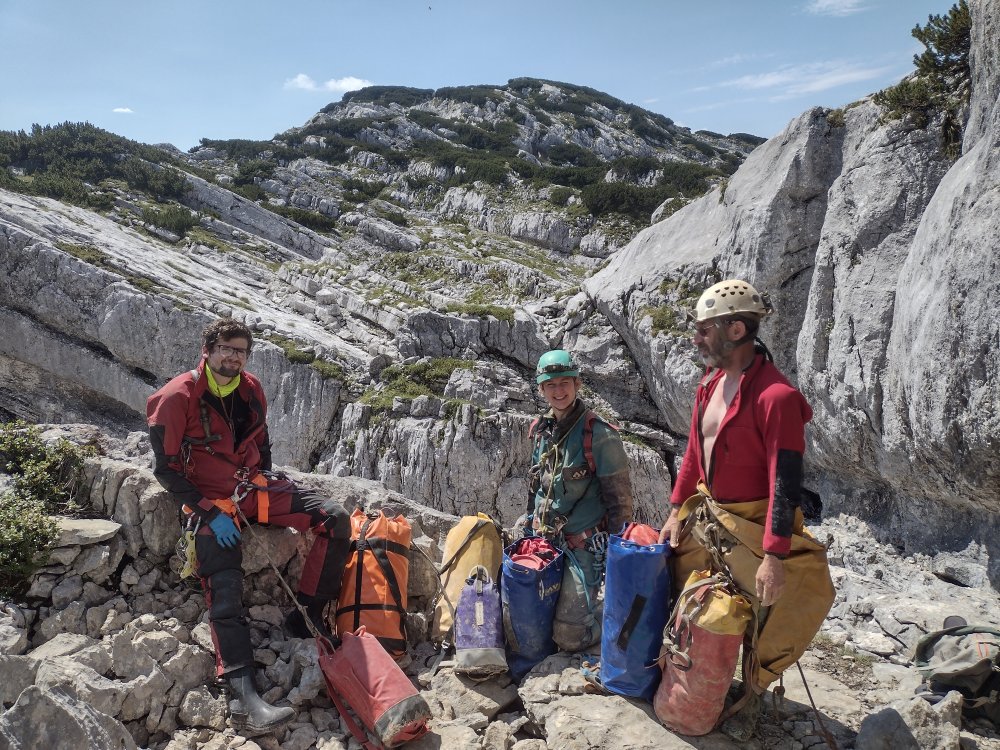