Status
Not open for further replies.

The Photograph with the most likes wins!! Then there's a second and third

David from Inglesport and Tim & I chose the shortlist - it was really, really hard.  So many great shots this year and many more could have been included
(In the event of a tie, David will choose)

When selecting photos for the shortlist we used the following criteria:

It's not only cavers who will be seeing the winning shots as the cafe has non caving customers too - we wanted photographs that would appeal to the general public, with a positive view of caving whilst also being great to look at too.  David tells me there have been lots of positive comments from people about the 3 current photos - non cavers can't believe the beautiful, exciting places shown are in the UK!

For the shortlist to show a variety of shots and subjects.

We chose ones we liked and tried really hard to ignore who they were by to avoid favouring cavers we know personally.

The (ahem) shortlist is of 17 photos, listed in the order they were posted.

Thanks once again to everyone who entered, you're all winners in my eyes  :hug:

Thanks also to Inglesport for supporting the competition (and to UKC for the ?100 winner's voucher!)

PLEASE VOTE, SIMPLY 'LIKE' ANY PHOTO YOU FEEL IS A WINNER

Could we please have more info on some of the shots? Where taken and kit used. PM me and I'll add it to each shot, thank you, Jane
​ 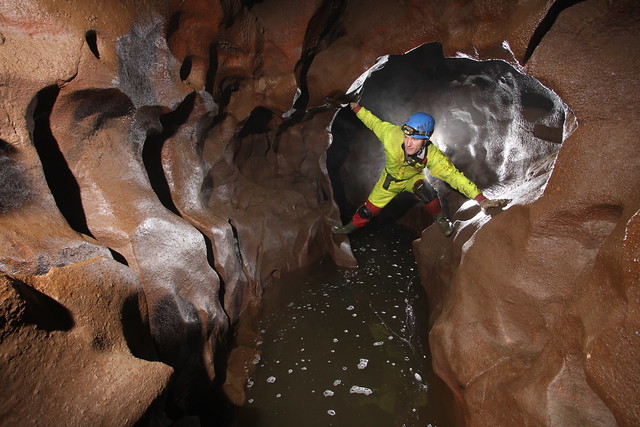 Staff member
Posted by Russ b

Fred Ratbag in OFD1, wearing a suit purchased in Inglesport! 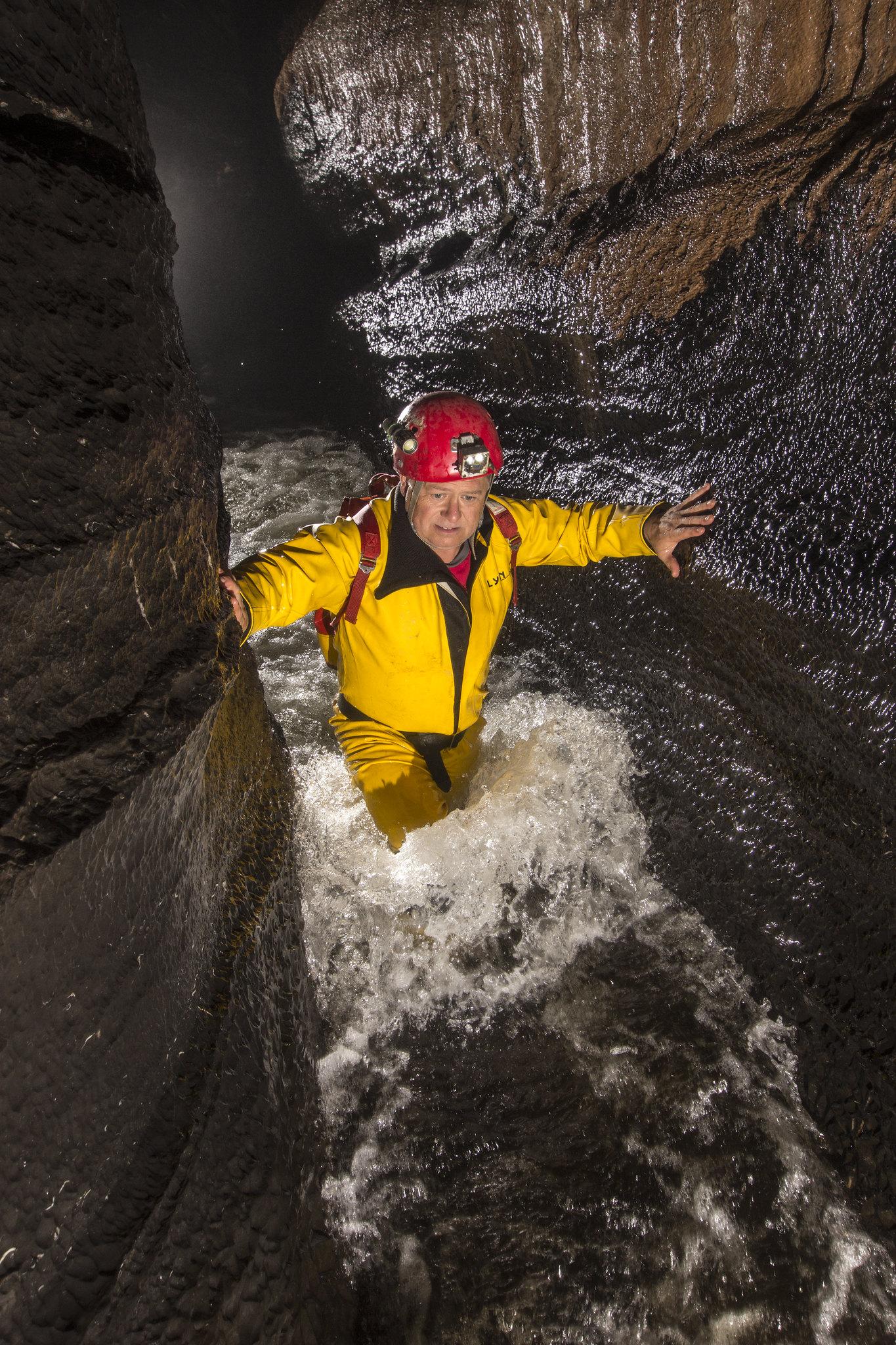 We're going back a bit here.

This is a picture of Mike Farnworth about to descend the first 170-metre stage of a 246-metre shaft in April 1973. He's sporting an Oldham headlamp and battery pack; a Texelex helmet, a modified climbing harness, and two figure of eight descenders. His equipment bag is army surplus canvass. He is not sporting anything as modern as a cowstail. The two descenders will allow him to overcome a rebelay about 40 metres down. He will need to lock off his descender on the doubled hawser-laid top rope, thread his second descender on the lower rope; lock that one off; and then undo his descender from the top rope. But quite frankly, the locking off the second section wasn't really necessary as you needed the strength of Atlas to force the double rope through the descender.

The ascent was made on Clog ascenders - which one needed to detach from everything to pass a rebelay. 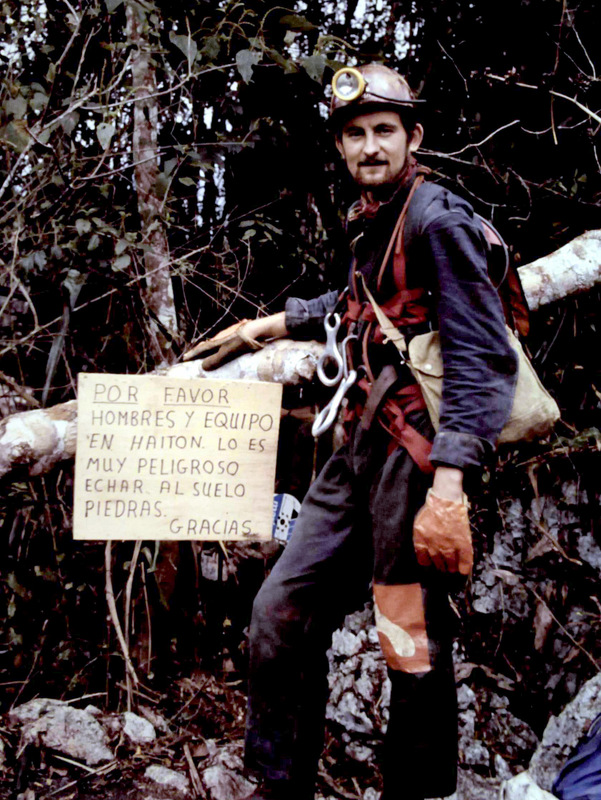 Moreinfo from langcliffe: The photograph of Mick Farnworth was taken during the first descent of Hait?n del Guarataro in the Sierra de San Luis in Falc?n State, Venezuela.  It is still the deepest limestone cave in Venezuela.

A cave diver needs equipment - the best he can get hold of. And these days the explorer carries a lot! No, we don't have sights like this in the UK but its in Britain that all the skills are honed. And you don't have to look far to see what incredible feats have been achieved. 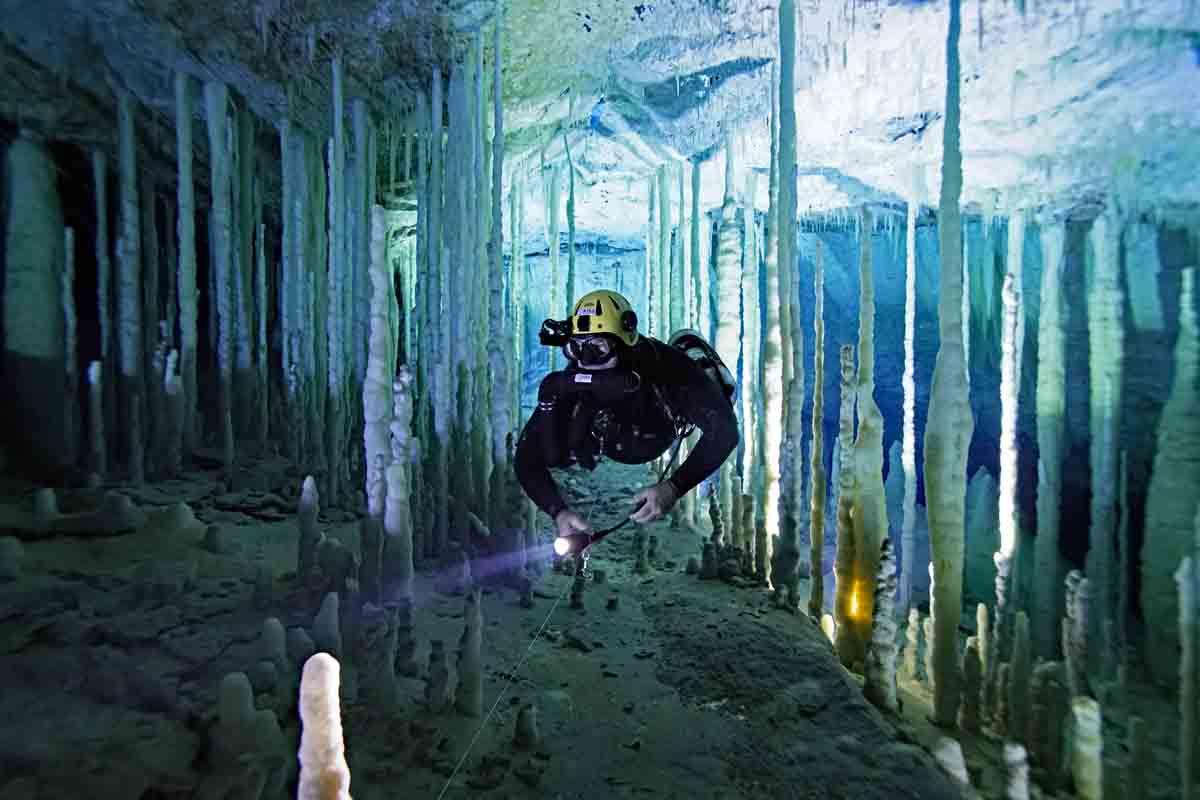 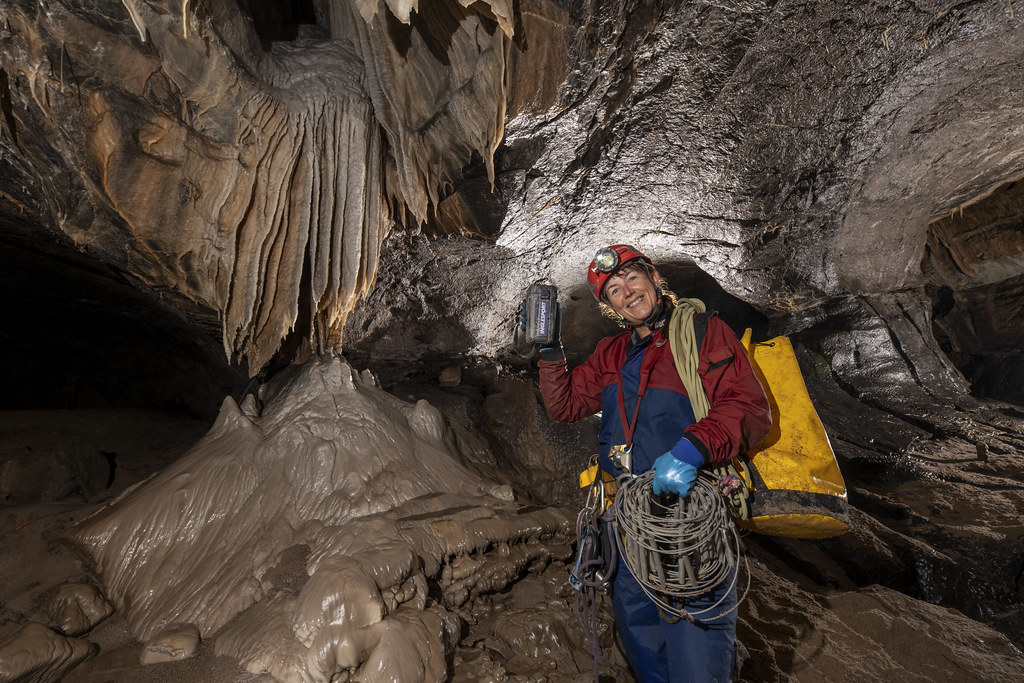 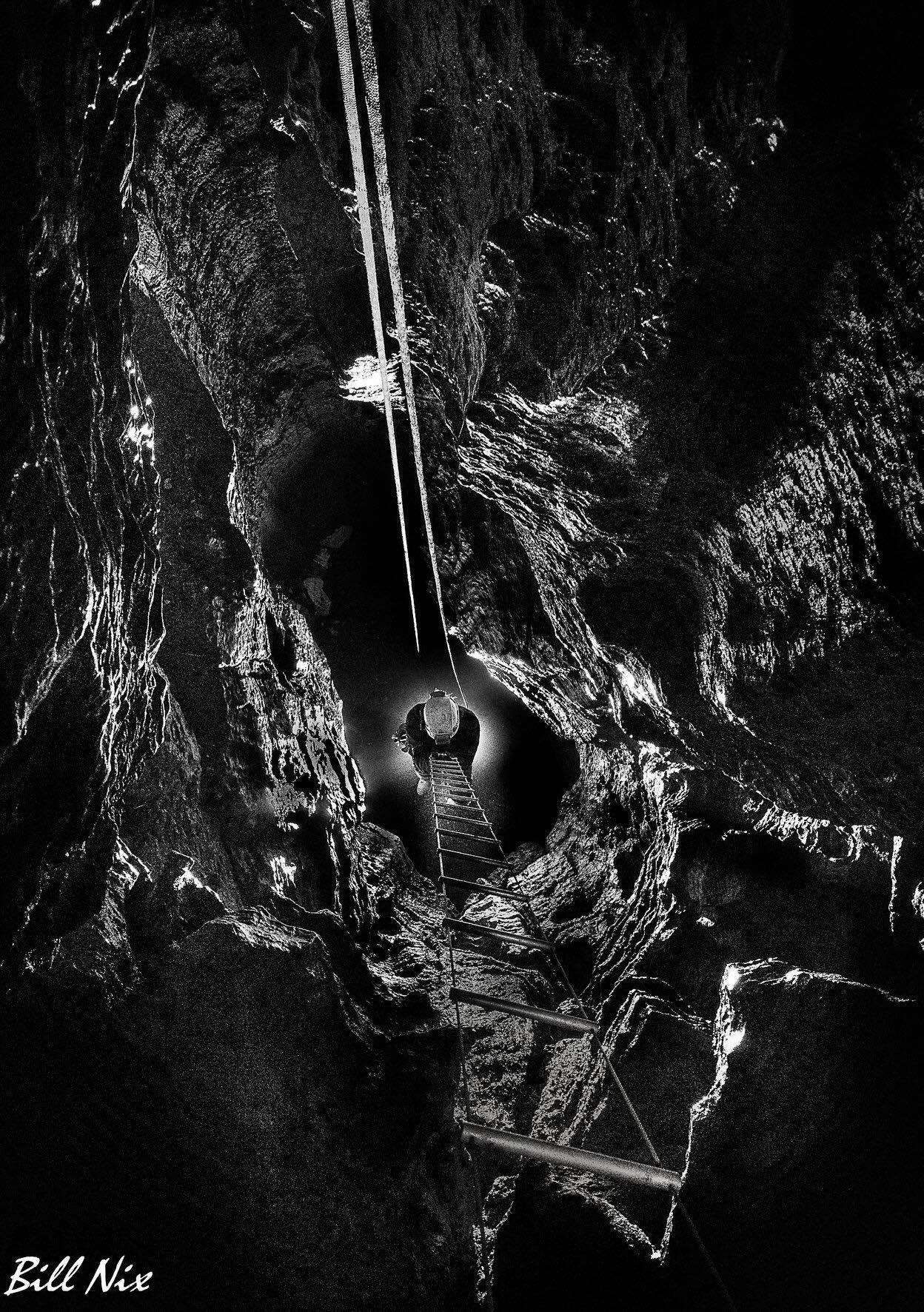 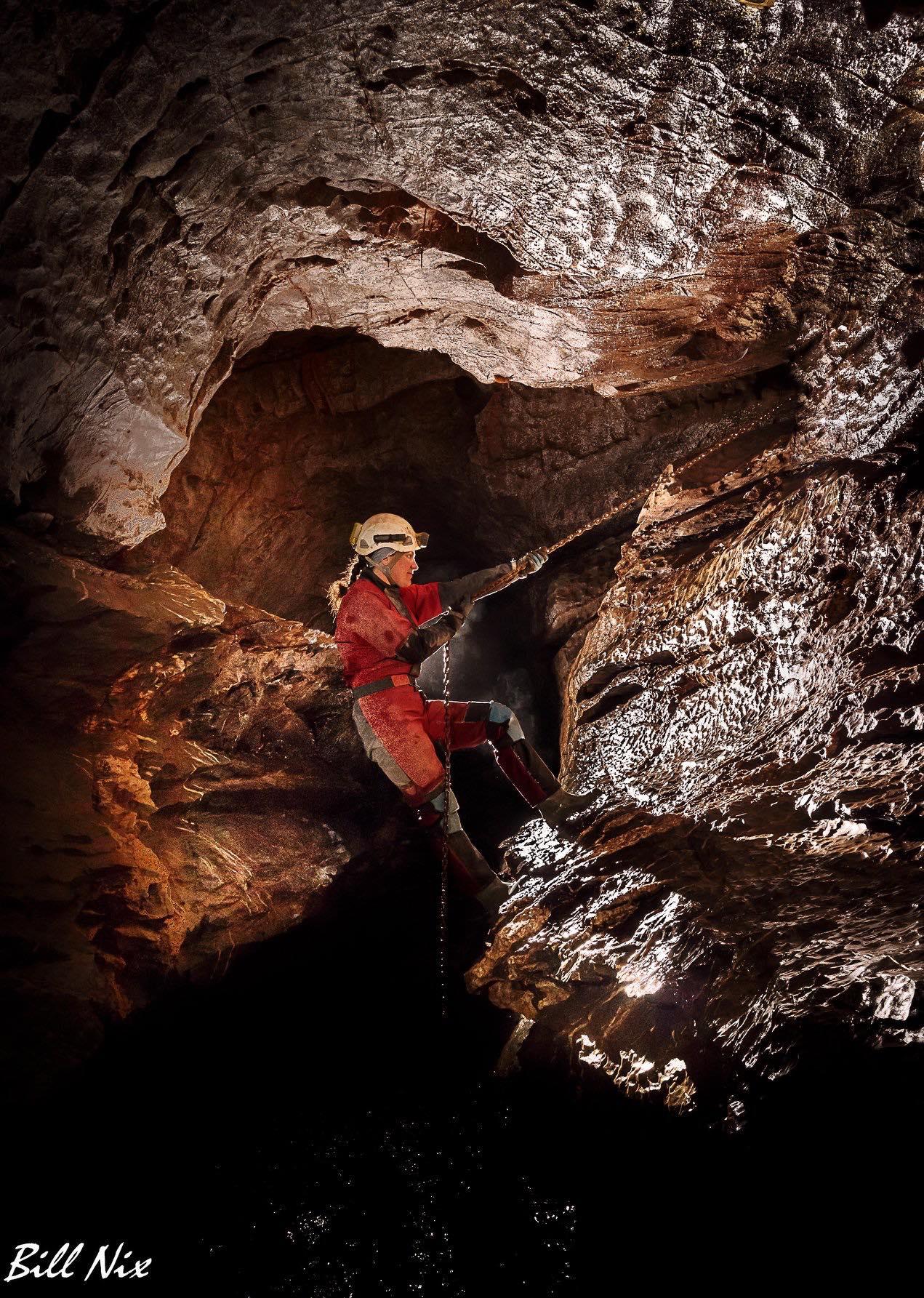 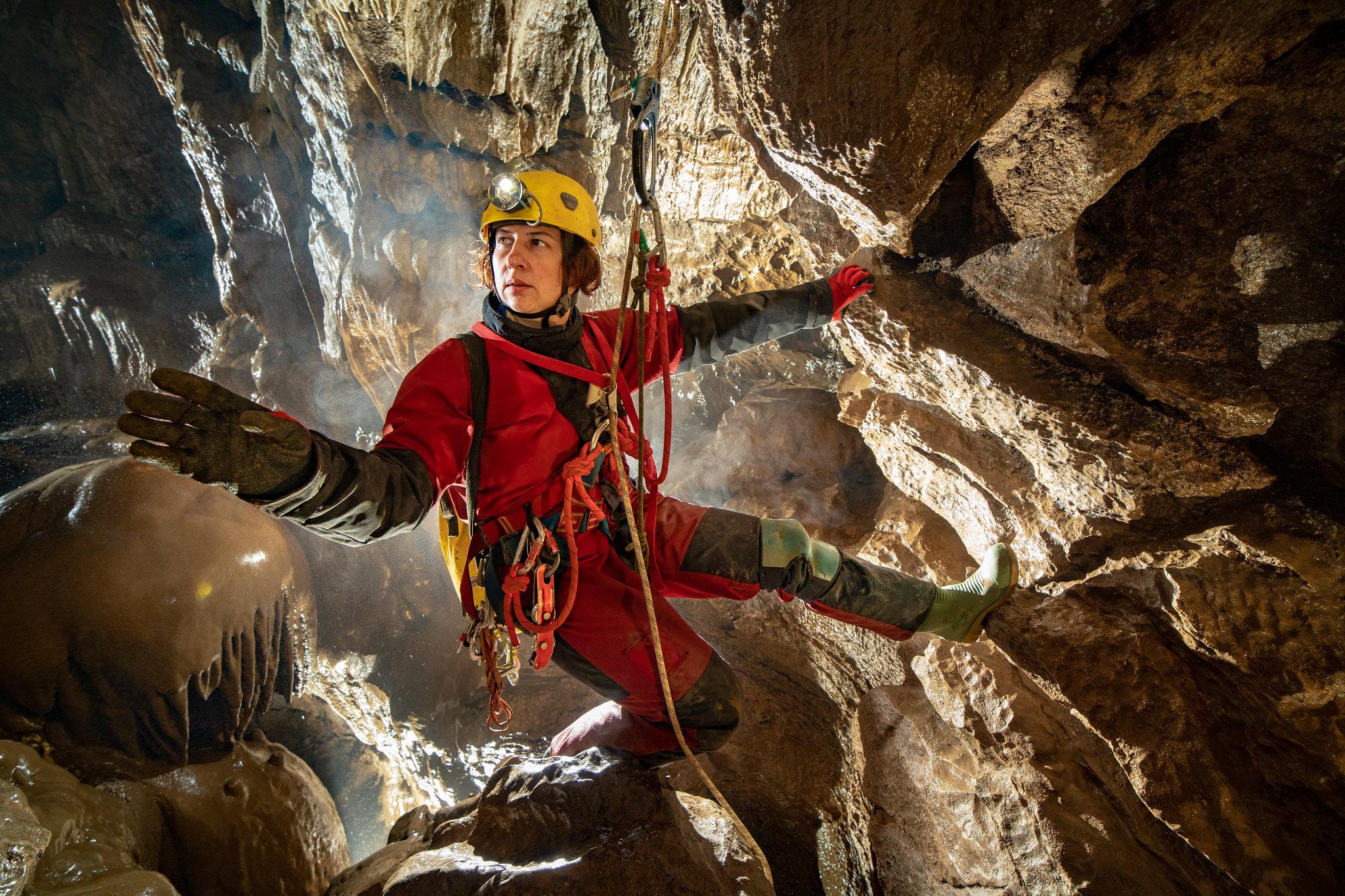 Huglith mine, not sure if this one would qualify as it's technically not a cave, but there's lot of gear in it 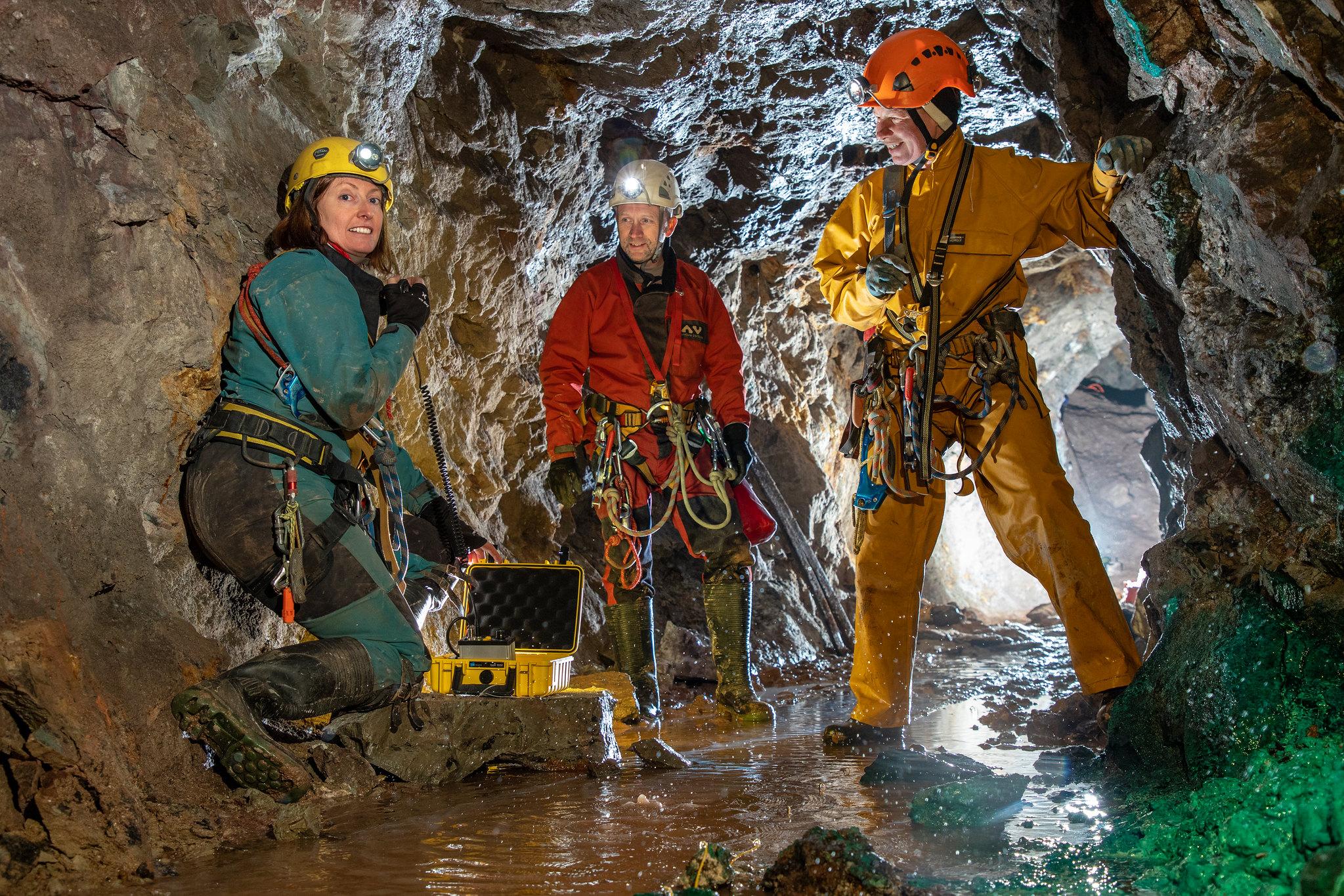 Here are my a pictures I took from my expedition to the Gouffre Berger last week, this is a pretty special place and a group of several different clubs successfully rigged it to the bottom of the system. Polltullyard, the 33m entrance shaft to Shannon cave. Featuring the rope work. (Might not be relevant for the topic of the competition. Though could not been seen clearly, one will need a full set of SRT kits to do it.) Just descended from P8's Christmas Aven in lamp, helmet, over and furry suit with a buff as well. The mud is not usually a shop bought item... Starring Renuka. 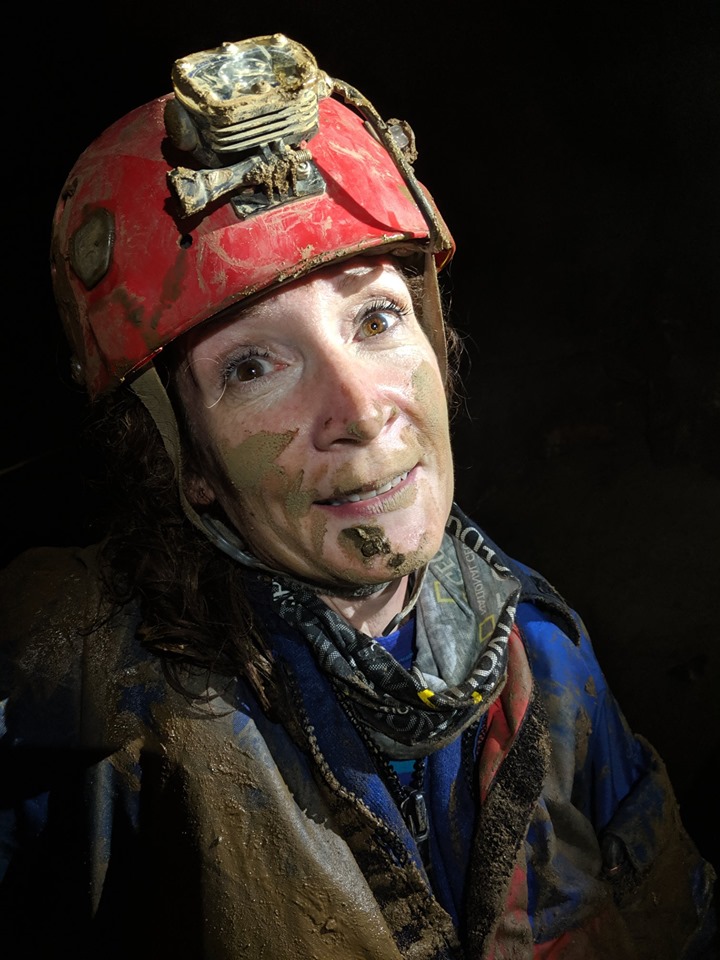 Legnabrocky Way, Marble Arch Caves, Fermanagh, Northern Ireland ? Here we see Elif from Kent University taking in the formations through the final crawl section of the Legnabrocky Way. I particularly enjoy how the flash has nicely bounced off the ?Moon Milk? behind. Series of photos taken to celebrate the 60th Anniversary of the MCG a few years ago showcasing the equipment from each of the decades that the group has been in existence.  Recreation is from roughly the middle of each decade.  Photos were all taken in the same location in Swildons Hole.  The photos were edited to give the feel of the photographic media in use at the time... 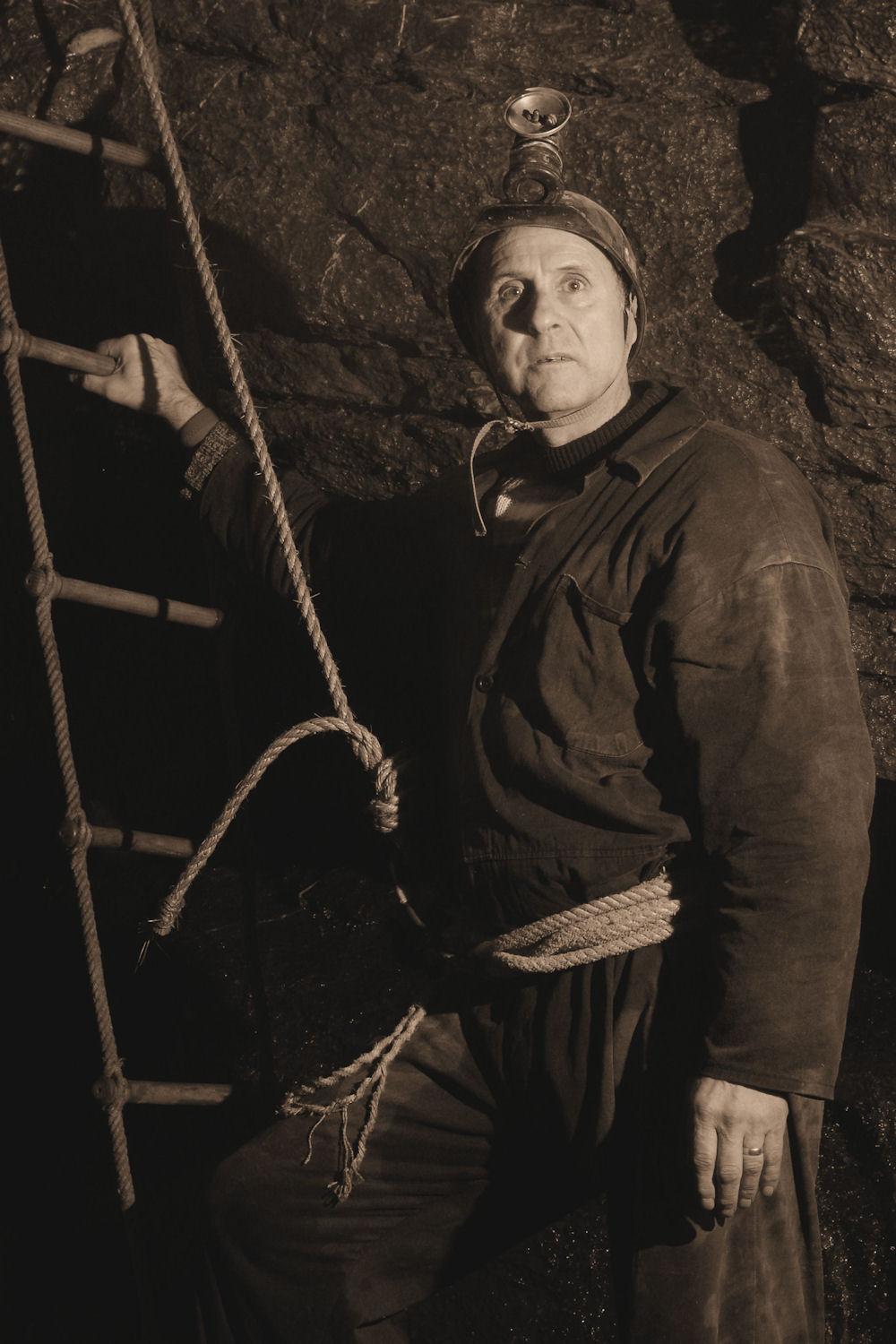 Staff member
Posted by Russ b Cavers with cameras  put a great deal of effort into taking the above shots and posting them up for us all to enjoy - liking shows your appreciation and supports the form, thank you

Staff member
A couple of days to go before voting closes.

Looks like we have a favourite for first place, however only 8 votes ahead.

Very close between the current second and third - 2 votes!

Status
Not open for further replies.