An interesting, although fairly loose parallel to the Open Access Caving debate

Is that everywhere though Topcat? I read that there were signs and/or restrictions in places that were considered dangerous. Dams, locks etc.
T

I note that the list of people wanting and insisting on having free access to the countryside does not include, or acknowledge, those who live in it, work in it or pursue their lawful activities in it, with these often at some expense. The arguments can appear to be completely selfish and one sided. Some specific arguments can be very polarised - and very misinformed. "Access to the outdoors for all" really? It does not always sound like that.
T

Cosmo Smallpiece said:
Is that everywhere though Topcat? I read that there were signs and/or restrictions in places that were considered dangerous. Dams, locks etc.
Click to expand...

I've paddled along side dam walls a few times without drama. Good shelter from the wind....

topcat said:
When you are north of the border it is assumed you can do your own risk assessment..........which of course folk can.
Click to expand...

Staff member
Ah yes, Tomlinson v Congleton - a landmark case in countryside liabilities. However, in England and not "north of the border"

Cosmo Smallpiece said:
That's even assuming reservoirs are safe! Drowning and cold water shock are real issues. Steep banks, deep water and other hazards can catch out those unaware. Even on here we have conflict between those who want education and those who object to educational signage.
Click to expand...

Accurate signing is one of the things we want - not the scaremongering "You WILL DIE" crap that gets put up everywhere.
Point out the risks - explain how to avoid them and swim safely.

Is it not the case that in British Law everything that is not specifically and explicitly recorded as being disallowed is therefore, tacitly, allowed? This being the case (presuming it is) then does it not follow that, with regard to access legislation, unless caving is listed as being prohibited it therefore is tacitly AOK?
F

Caves are generally someone’s personal property, which apart from over thousand years of Common Law to go on is also specifically protected in the Human Rights Act. So to impinge on that requires an actual law. Hence CROW.

The problem with signs is that you imply there is a hazard, and someone (or their next kin) will always assert that it just wasn’t good enough. We live in a country where everything has to be someones fault, it’s very tedious.
C

samh said:
Accurate signing is one of the things we want - not the scaremongering "You WILL DIE" crap that gets put up everywhere.
Point out the risks - explain how to avoid them and swim safely.
Click to expand...

I'm willing to concede that even the content of the signage itself now seems contentious.

While looking into the Scottish situation, I noticed two distinct groups came up often in reports of drownings. One was the very young and the other was those whose first language may not be English and may struggle with English signage. This may possibly be the cause of those punchy headline signs you are seeing?

Whatever the reason, the outcome of those incidents seems to be a demand for more signage. 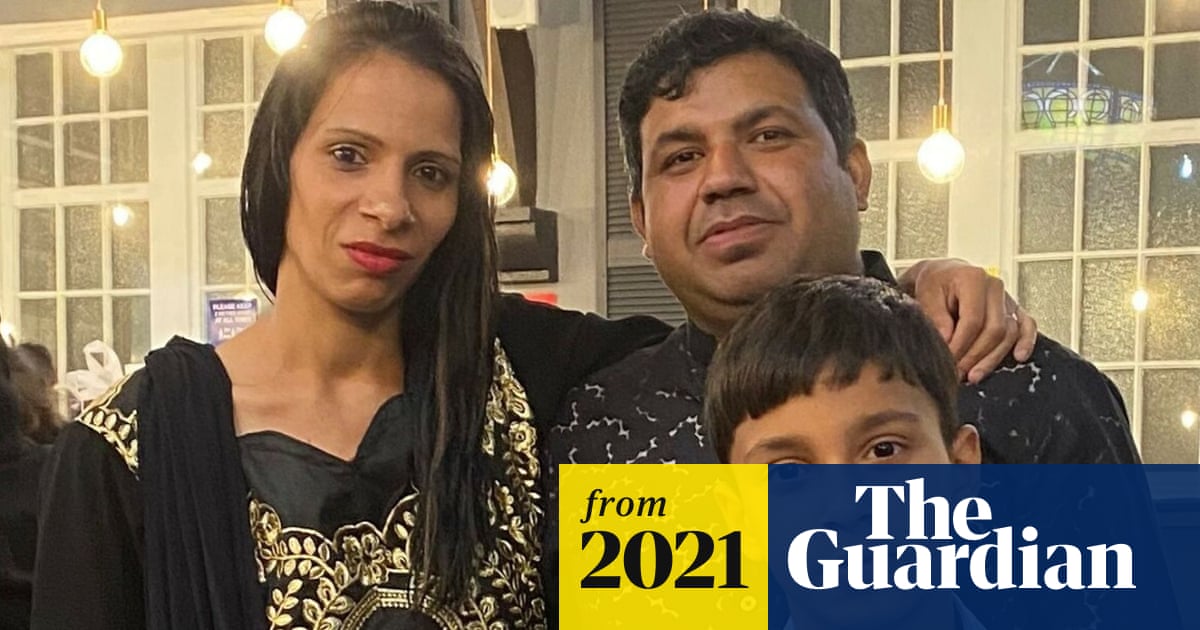 I literally just switched to the BBC news website to see this as the first story. (I know it's not a reservoir). 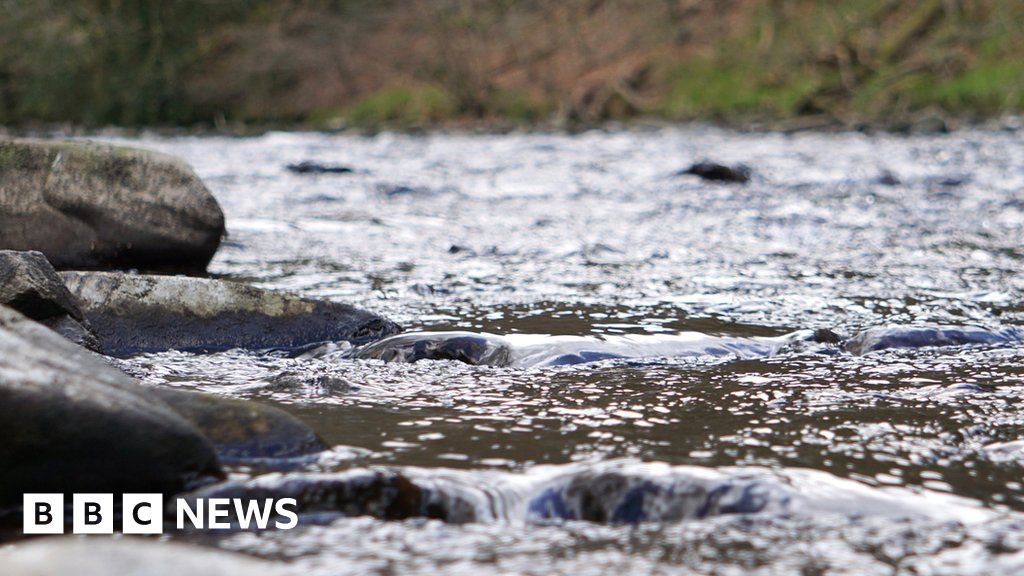 The woman, who was from Manchester, died after paramedics were called to a riverside in Derbyshire.
www.bbc.co.uk
T

True. The best law to apply in this case is Darwin's Law, of which I'm a great fan

topcat said:
True. The best law to apply in this case is Darwin's Law, of which I'm a great fan
Click to expand...

I agree. Unfortunately the legal system is less of a fan.

ChrisJC said:
I agree. Unfortunately the legal system is less of a fan.

the Land Reform Act addresses this: twats will have an extremely low chance of sueing anyone, or landowners would have to be very negligent indeed....

People sweat about this far too much.

I am not a lawyer, but I understand that there is a difference between the intent of the legislation and the interpretation applied by the judiciary. It's not restricted to this particular area of law - it's everywhere. So the people drafting the law have one intention, then the courts apply a different one. Dare I mention CROW!

It would be better if the drafting of the law was clear and unambiguous. It would save a fortune in legal fees as well!

ChrisJC said:
I agree. Unfortunately the legal system is less of a fan.

Did you read the case you linked to?


The council argued that they had done everything reasonably possible to ensure the safety of visitors and the lake itself was not the danger, so much as the disregard to warnings and the actions of the public.​
This argument was upheld by Lords Nicholls and Hoffmann in the statement:​
It seems to me that Mr Tomlinson suffered his injury because he chose to indulge in an activity which had inherent dangers, not because the premises were in a dangerous state.​
Eventually, after a lengthy report, the council's argument was accepted and their appeal was allowed on two key grounds:​
The claimant's injuries were not due to the "state of the premises"​
The grounds of public policy (law) holding that, to decide in the claimant's favour would discourage the council from providing facilities for individuals to enjoy themselves​
Lord Hobhouse stated on the second point:​
The pursuit of an unrestrained culture of blame and compensation has many evil consequences and one is certainly the interference with the liberty of the citizen. Of course there is some risk of accidents arising out of the joie de vivre of the young, but that is no reason for imposing a grey and dull safety regime on everyone.​
Seems to me that this case highlights that you are responsible for your own actions.

mak said:
Did you read the case you linked to?
[snip]

Seems to me that this case highlights that you are responsible for your own actions.
Click to expand...

I know. This case is a bit unusual I suggest, which is why it sticks in my mind. The legal system made a sensible decision.

Would you care to provide a few examples of this, Chris?
S

Alternatively, you could provide a simple definition of a Twat which should automatically disqualify one from mounting a successful lawsuit... ( For what it's worth, I believe very strongly that no male Twats should be permitted, and I might use a more polite term for everyone else).

All too often it seems folks will proclaim that they are not lawyers and then expect us to respect and even listen to, by their own admission, misinformed tripe.

Congleton wasn't even the half of it in terms of limiting liability and I suggest those engaged in liability histrionics should stop getting their news from the Expresses Facebook page and take a few deep breaths.

As regards littering etc being a reason not to have land access - I know it's popular for modern snowflakes to want to ban everything but perhaps some alternative more land enclosure could be found such as actually funding the state infrastructure that provides the carrots and sticks to deal with this. Get the litter enforcement agents in Barnsley town centre on the case and all will be reet

2xw said:
All too often it seems folks will proclaim that they are not lawyers and then expect us to respect and even listen to, by their own admission, misinformed tripe.
Click to expand...

Always happy for an expert to correct me. Provided they are a lawyer of course...