I'll do a proper write-up from the event when I've got a bit more time, but just wanted to say a big thank you to everyone who helped make the CDG 75th Anniversary dinner such a special occasion at the weekend!

The Welsh Section hosted the AGM and dinner this year, with Helen Farr taking on the early organisation. Following Helen's tragic death last year Michal Poreba picked up the baton and did a sterling job of getting everything organised, despite set-backs and uncertainties caused by Covid and the differing approaches taken by the UK and Welsh Governments.

Disaster nearly struck, when we discovered on the morning of the event that the venue did not serve real ale!
A mad panic ensued, with the Rhymney Brewery leaving out a couple of barrels out for me to collect after they had closed up shop.

The dinner was really well attended and I heard nothing but compliments for the food; this may of course have been helped by the free bar, courtesy of Frampton's in Shepton Mallet after we'd helped them out earlier in the year (see: https://ukcaving.com/board/index.php?topic=27996.0)

After dinner, we were treated to a "virtual" talk by Sid Perou (pre-recorded from his home in Thailand and hopefully available online soon), followed by presentation of the Fish Award which has been made annually since 2012 in memory of the late Mike Jeanmaire or ?Fish? who served as CDG Chairman for 30 years. It is awarded to those who have made a significant and sustained contribution to the CDG. This year's award was made to Dany Bradshaw and there will be a full write-up of this from the CDG in due course.

The last formal part of the evening was the raffle, raising funds for South and Mid Wales Cave Rescue Team and Gloucestershire Cave Rescue Group. We had an incredible selection of prizes and raised over ?2,500 for rescue, so a massive thanks to all our sponsors, as well as Maxine, who did a sterling job on ticket sales!

Credit to Chunky for most of the photos (he bought a new lens specially). You can find all of them on Flickr, but I've linked in a few of my favourite's below: 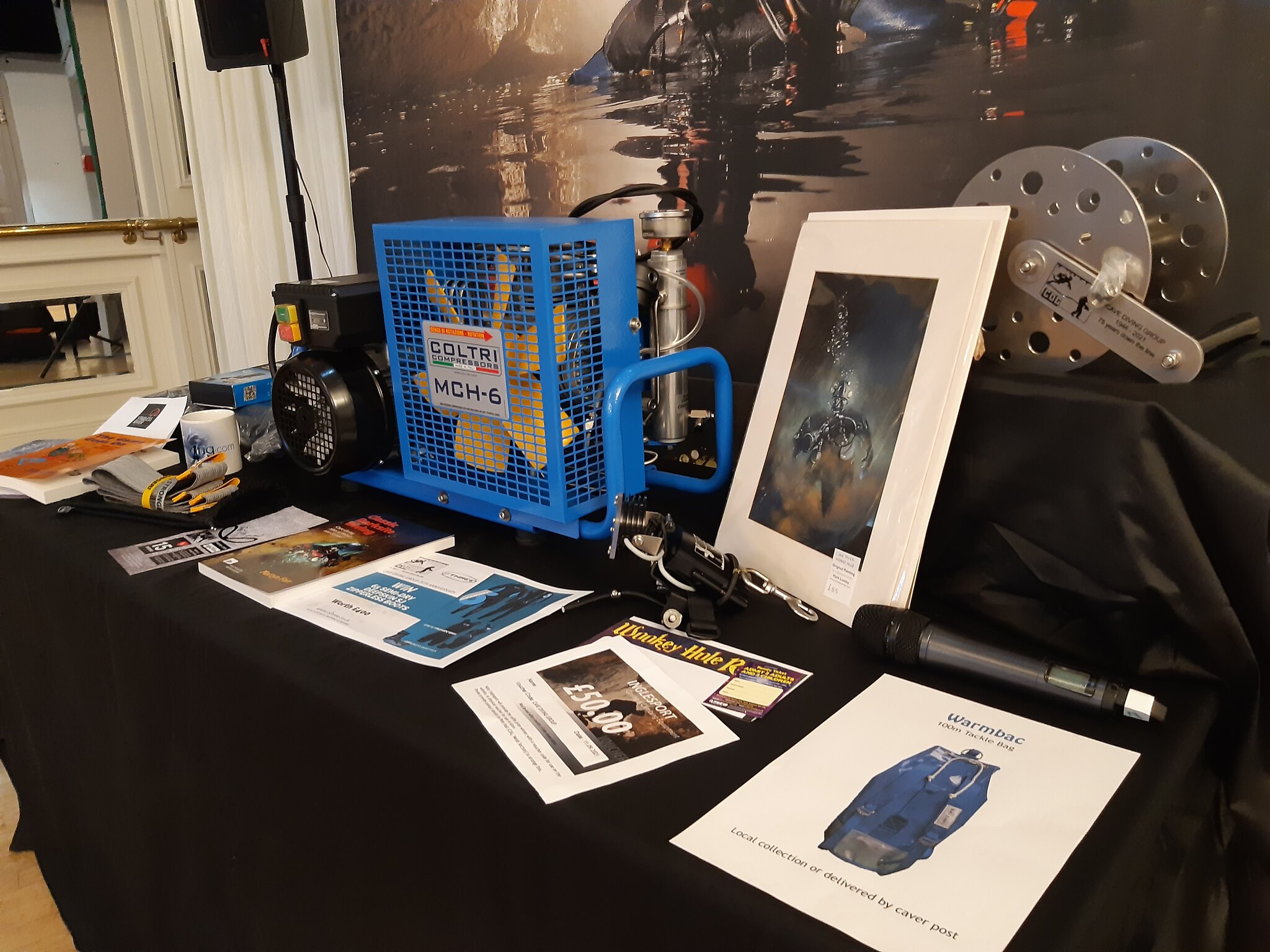 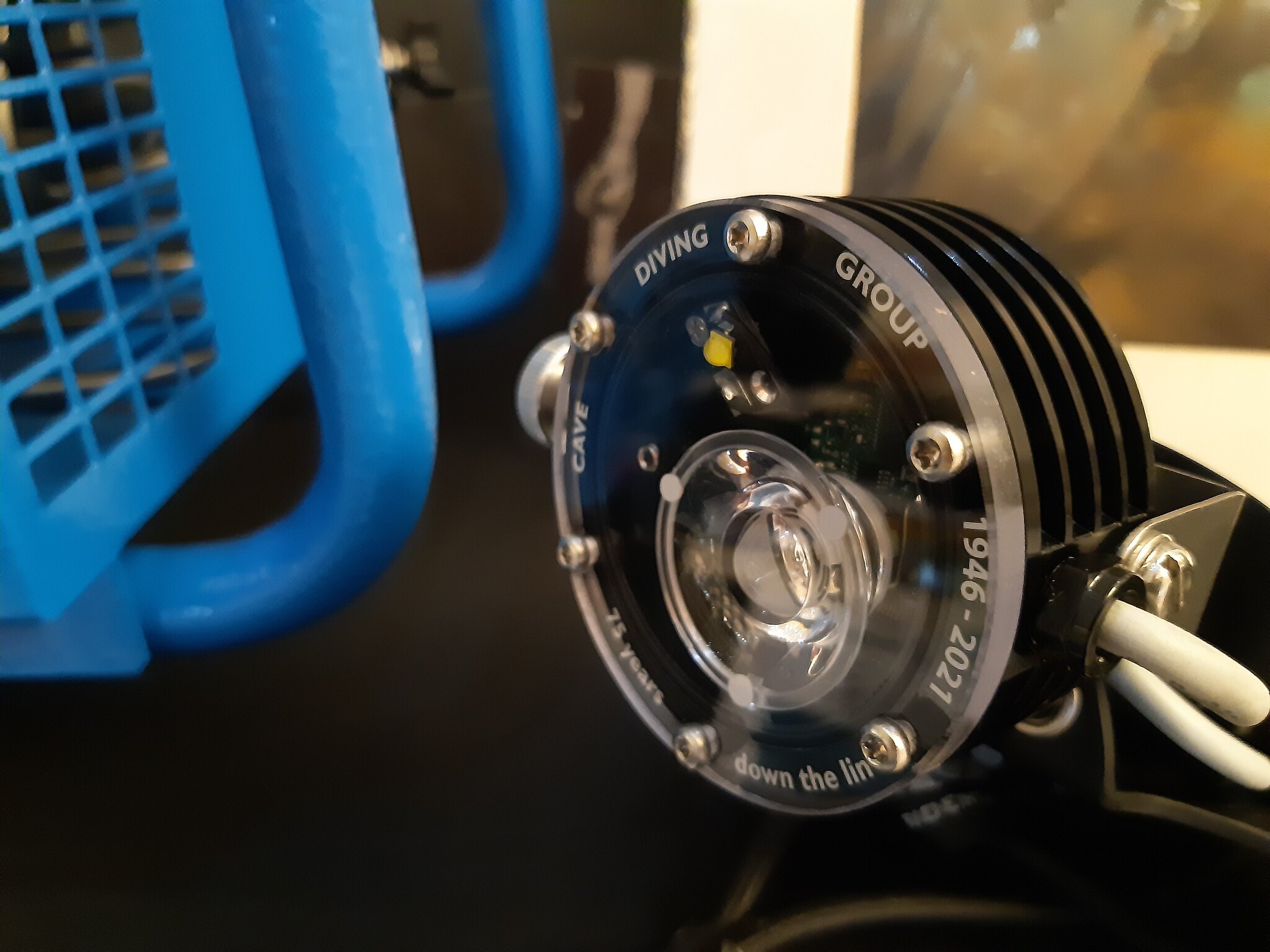 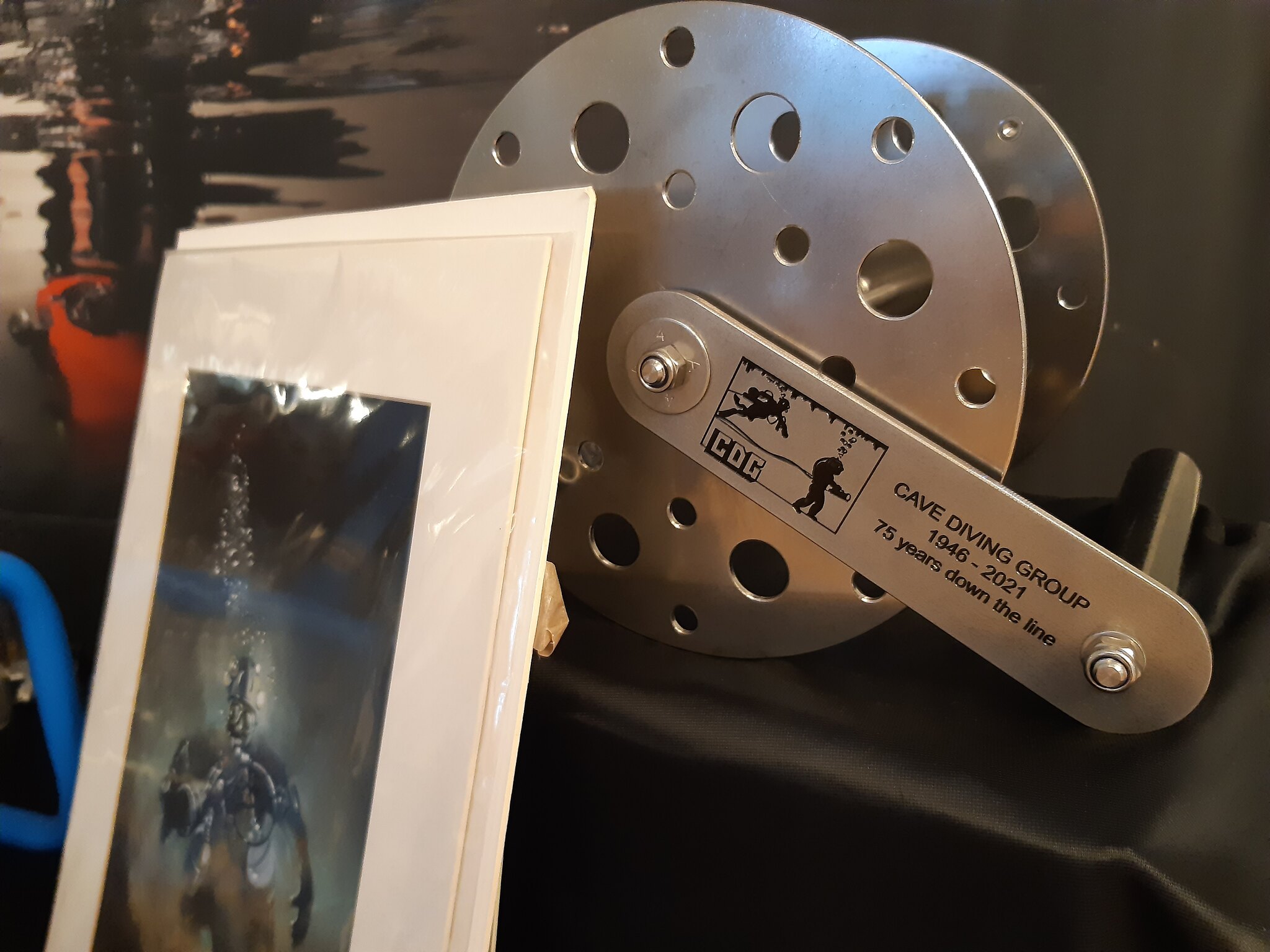 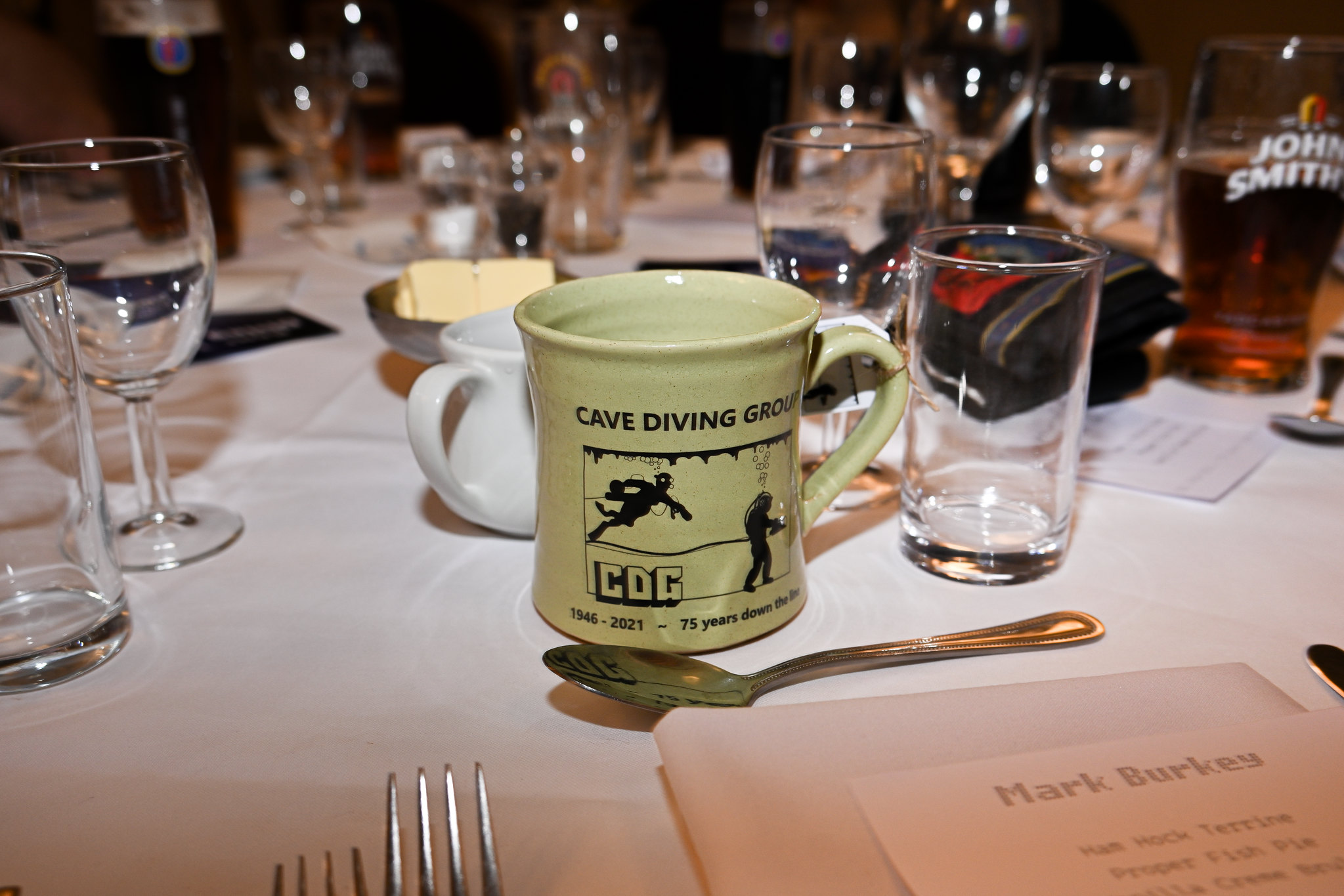 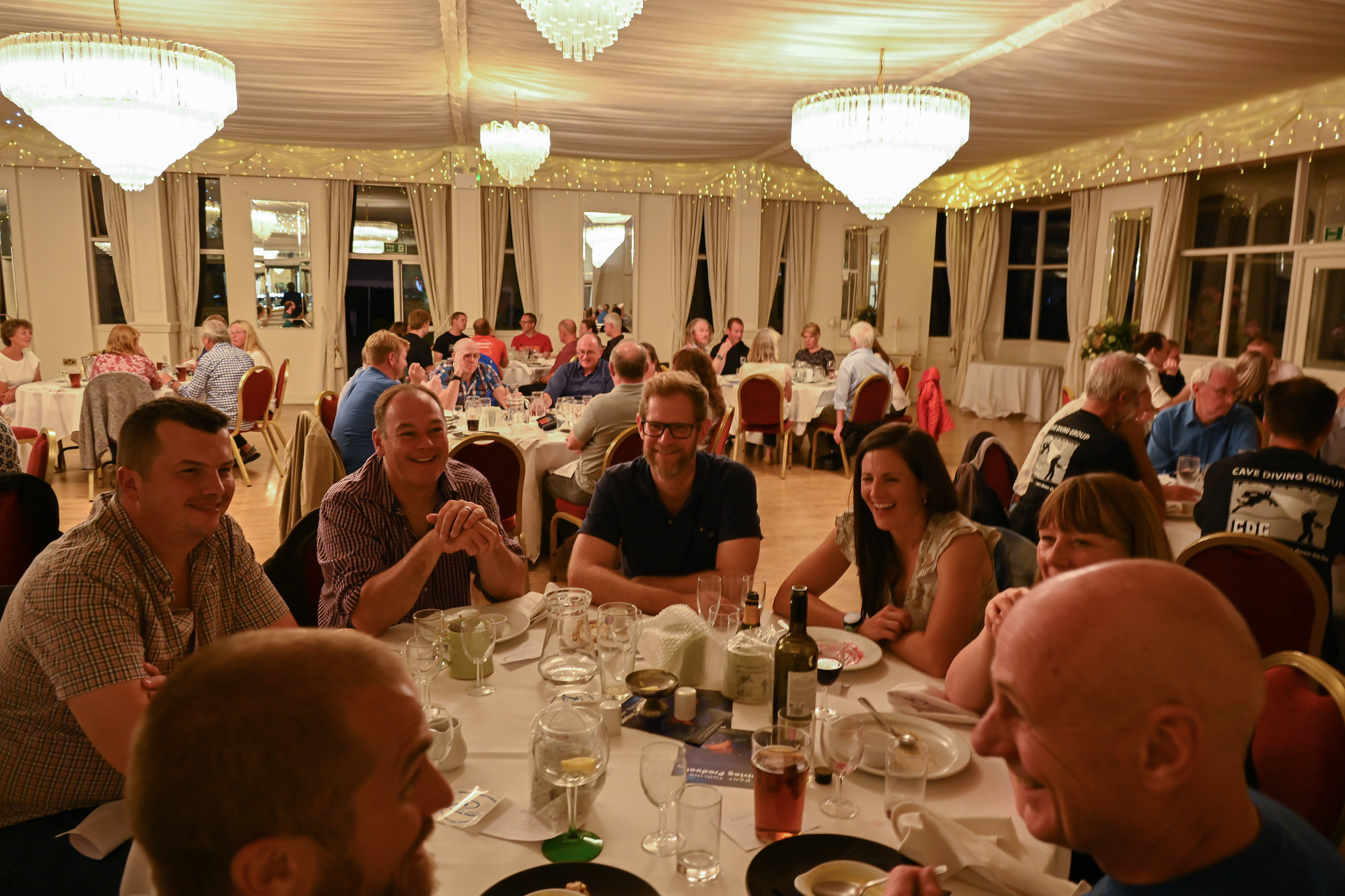 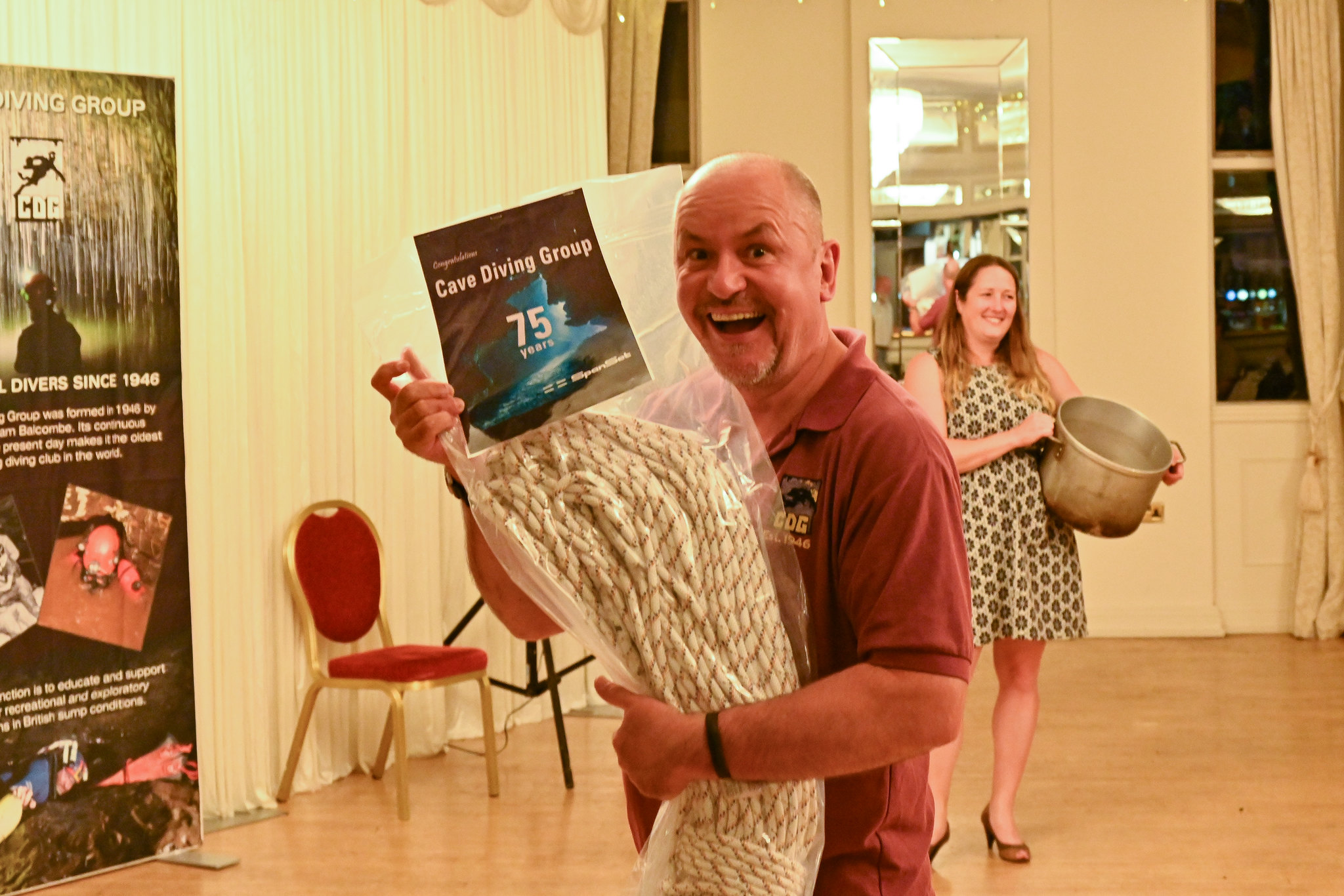 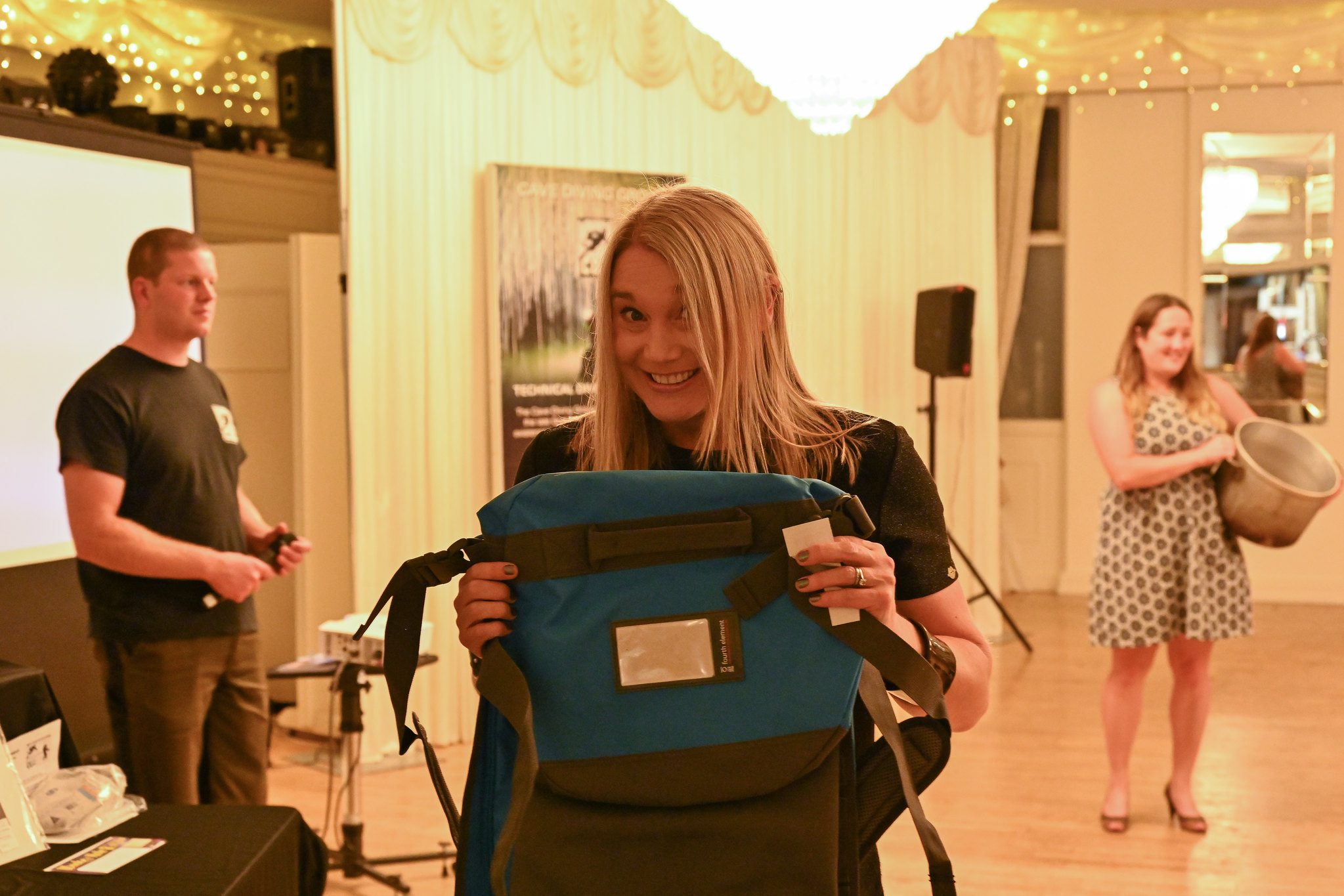 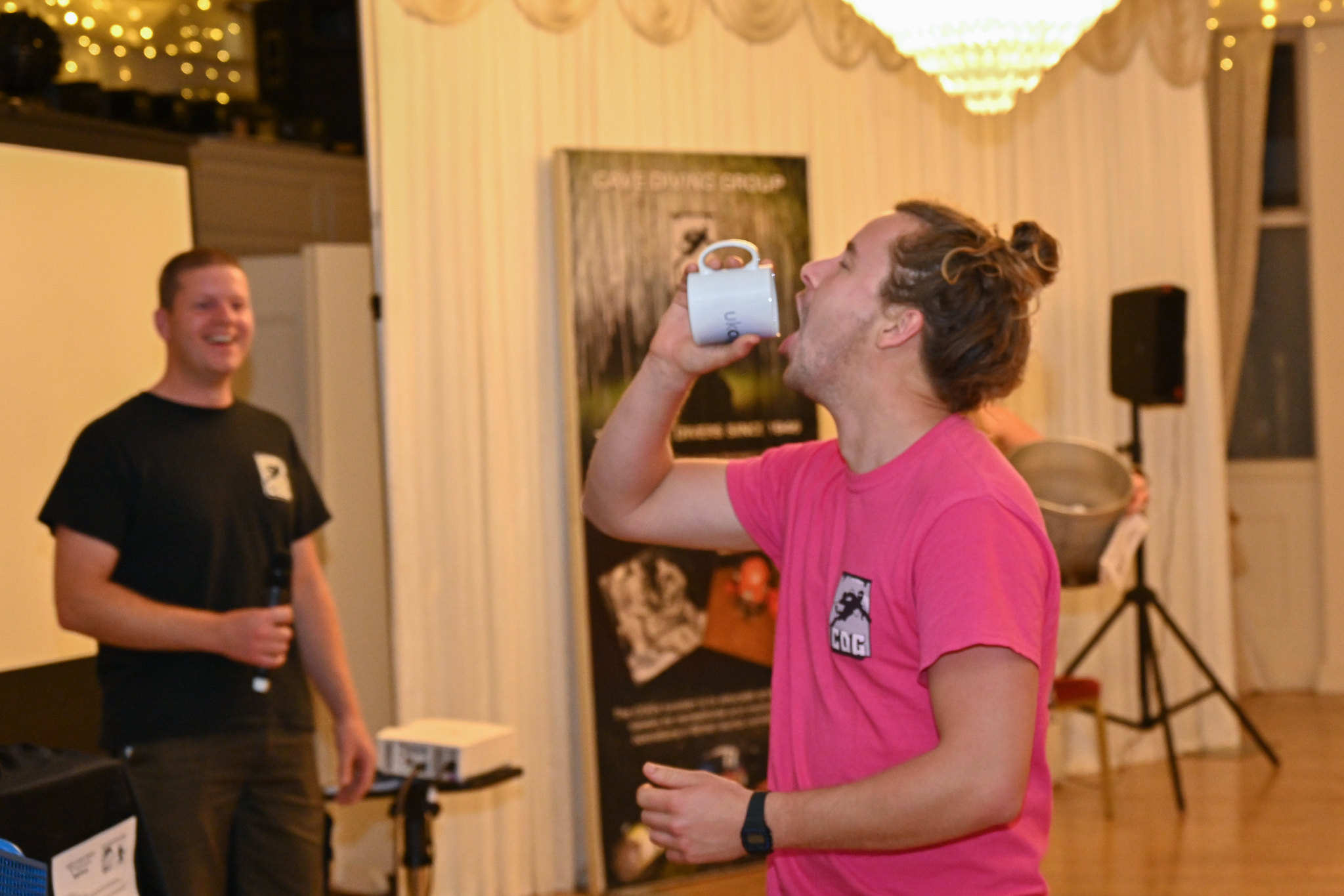 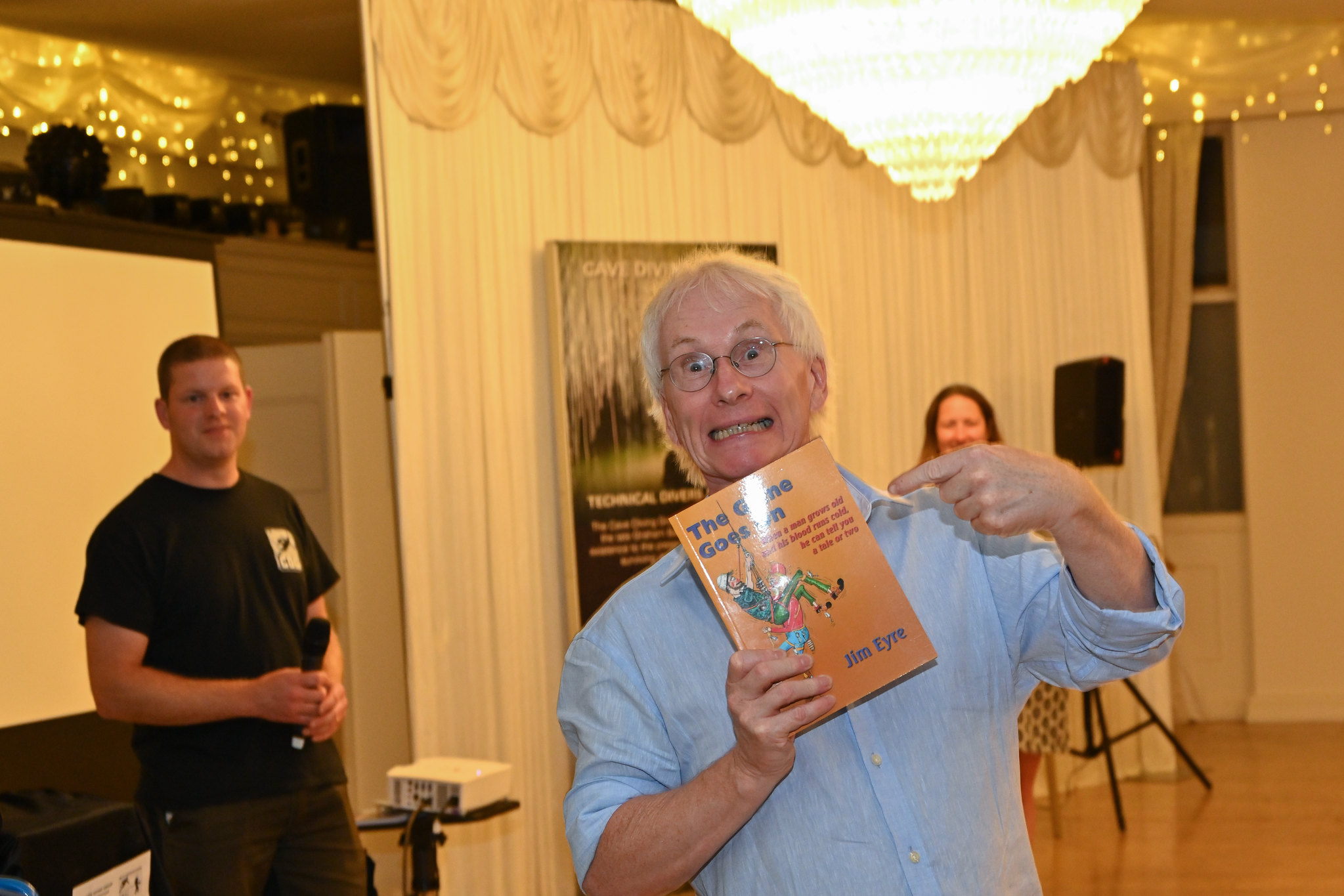 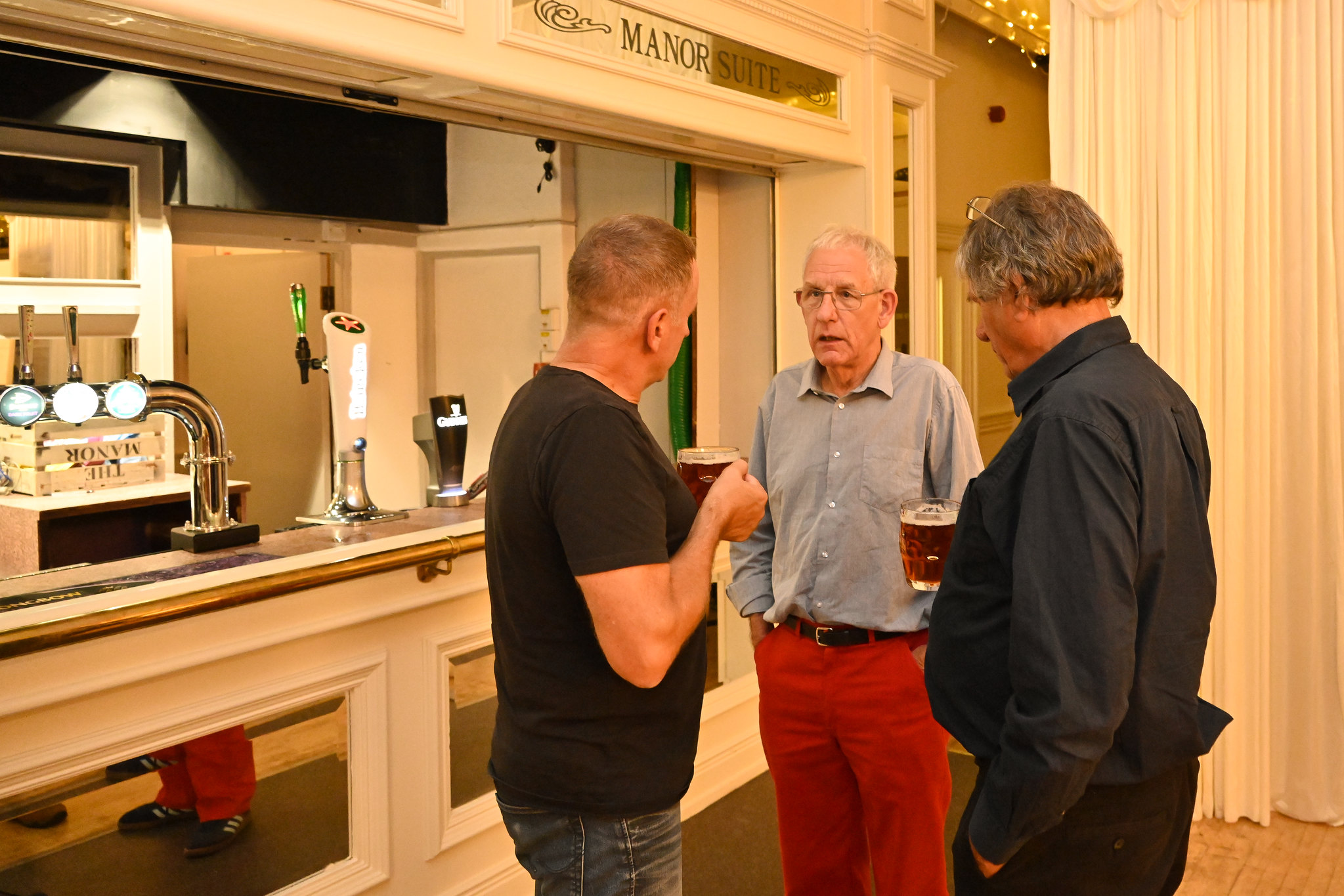 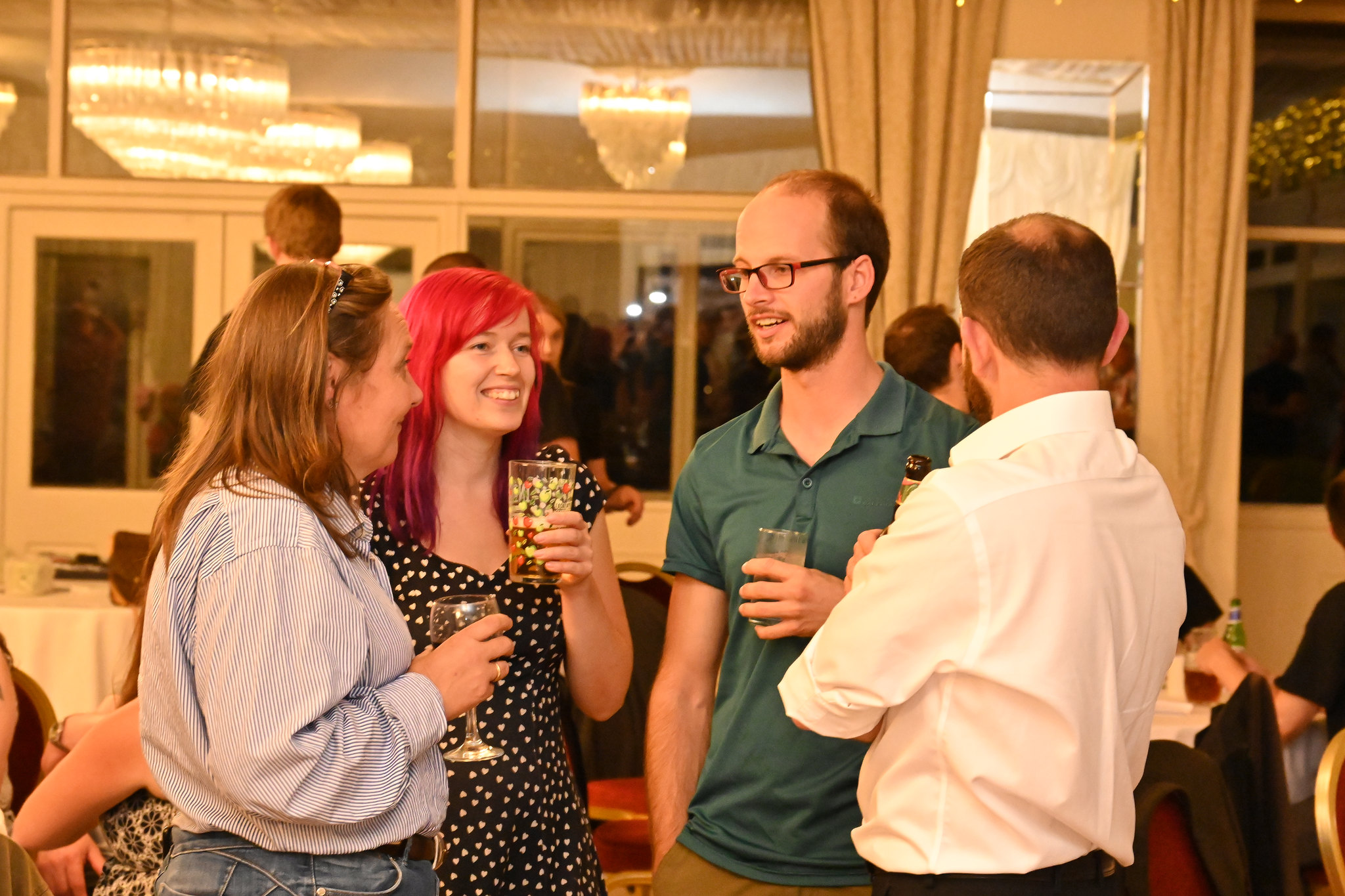 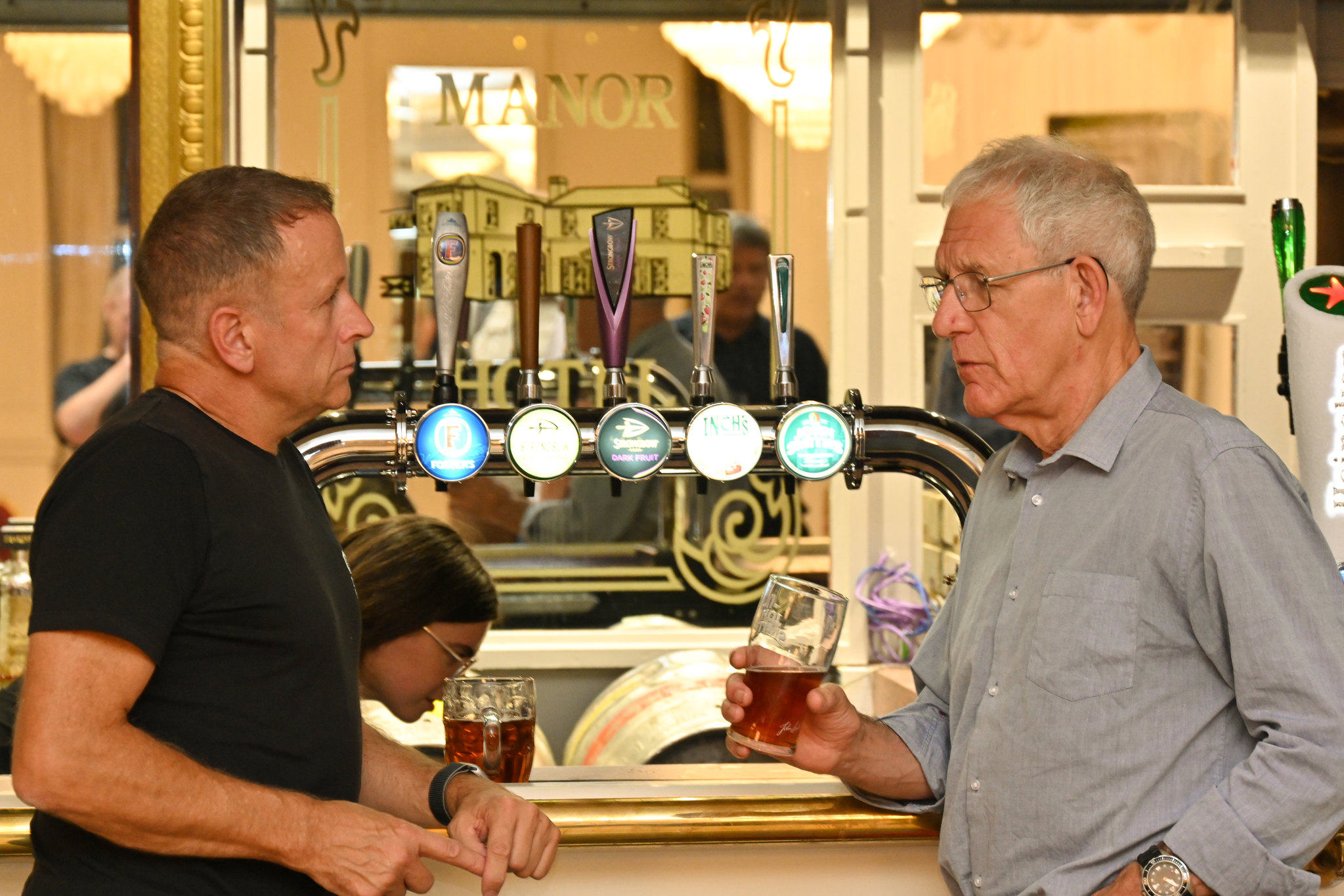 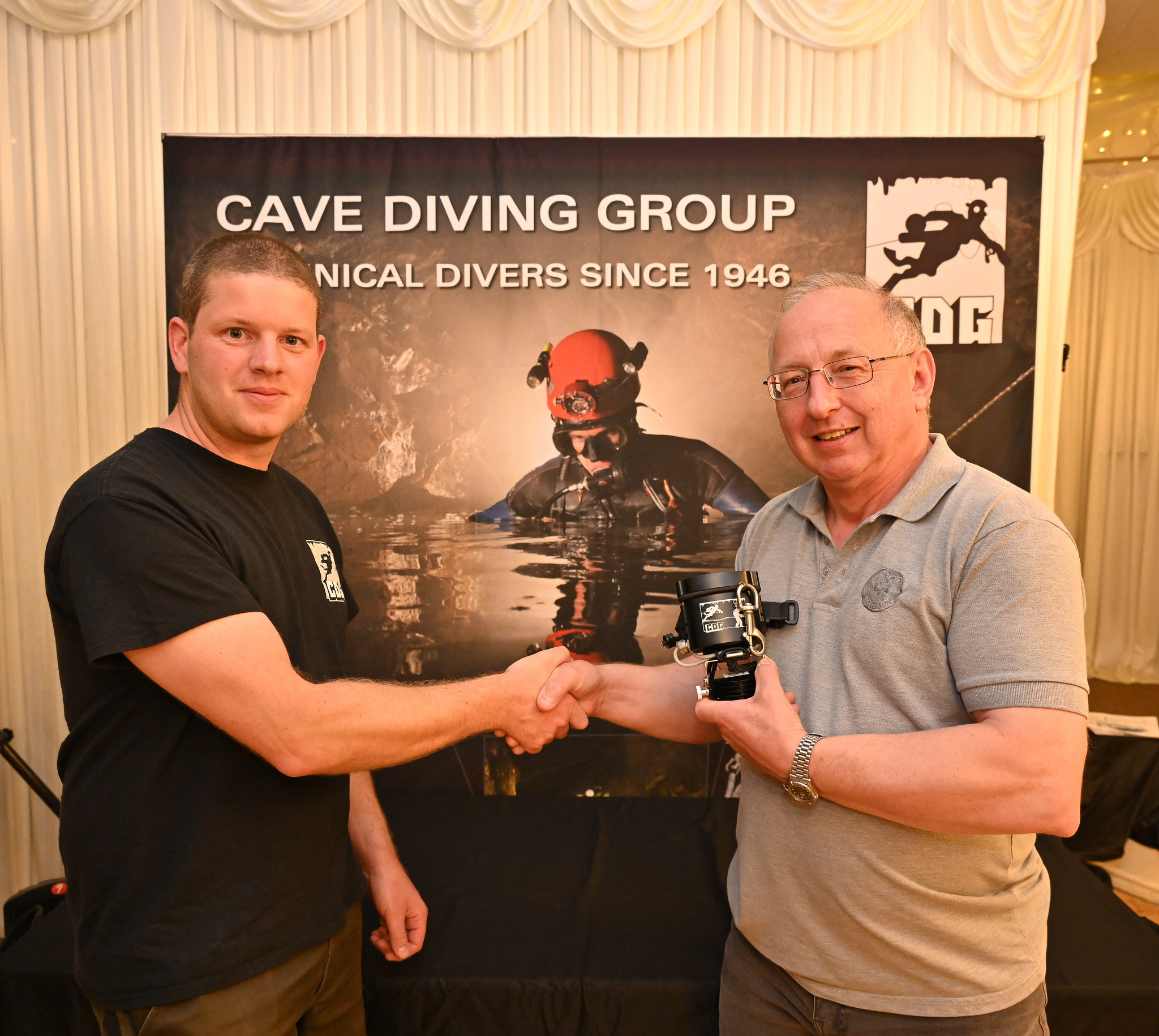