Couple of questions about Meregill Hole

Does anyone know where the long tangle of twin core/bell wire that was just down from the foot of the Mere pitch might have come from? It looks like the kind of wire that might have been used for a telephone system?

They may be elsewhere too, but on the third pitch between the p bolt route and the water there are some new (the drill dust is still there) petzl/hanger type bolts. Does anyone know what they're for/where they go?
D

I was there a couple of weekends ago and didn't spot either. The dive line through to the mere was trashed but no obvious wire. Not sure I would have spotted the Petzl anchors though as I'd already climbed up by then.
A

The wire was just down the slope from the foot of the pitch, in the opposite direction to the way on so easy to miss, but there was quite a lot of it! 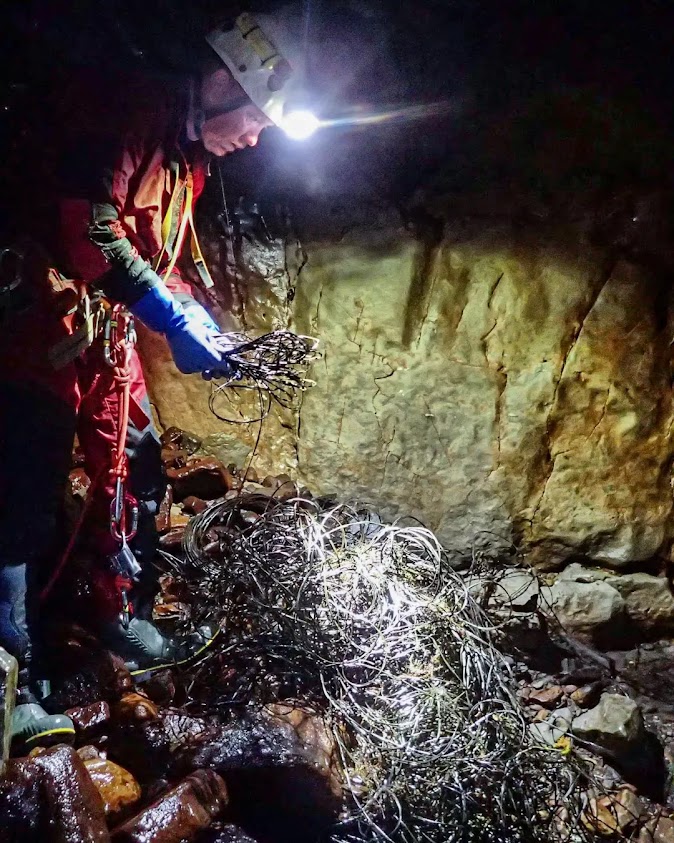