Hi all,
I'm struggling to find much on Aditnow and maybe I'm an unrealistic optimist but I'm trying to find some underground mines in Essex that still exist (no I'm not expecting anything impressive).

I'm aware of pillar and stall chalk mines just over the border into Cambridgeshire (in one case only by a couple of hundred yards) but I'm sure there must still be *something* underground in Essex to look at. Also aware of one that used to exist near Saffron Walden on edge of an opencast mine now used as a fuel depot.

I've been hunting a while and so far no luck, if anyone has any tips of where I should research that'd be appreciated thanks. Oh.. yes I'm aware of deneholes and chalk wells but I'm not after those.

Not sure if you will find anything relevant in the Catalogue Download on this page:

Thank you!!
I though Chelsea Spelaeo was the place but I hadn't navigated the site correctly and not been able to find the page you just linked. Thanks again that's exactly what I need!

Thanks Brains
I don't use (or even browse to) Facebook, is there an non FB equivalent link please?

ttxela2 said:
I'm intrigued by the mention of pillar and stall workings in Cambridgeshire. I'm aware of only one set of underground workings in Cambs and they are just short levels.
Click to expand...

Sounds like you are describing Balsham Chalk mine?
Information on anything underground in Essex/Cambs/Norfolk/Suffolk is hard to come by

Cantclimbtom said:
Sounds like you are describing Balsham Chalk mine?
Information on anything underground in Essex/Cambs/Norfolk/Suffolk is hard to come by
Click to expand...

Yes, that's the only 'underground mine' I'm aware of. I believe coprolites were mined from shallow shafts in the Bassingbourne area but these would have been essentially deep holes in soil and as such long gone.

There are tunnels in Wisbech near the river and I've occasionally heard rumours of tunnels underneath Cambridge Market square but I think this is just confusion with the old below ground toilets there.

I have also accessed very old drain systems in the grounds of an old manor house.

There are well known chalk mines in Norwich and Bury St Edmunds of course.

Some of the Chelsea Docs are a bit wierd, they mention a coal mine on Furze Hill on the Linton Back Road, pretty sure that's nonsense.

There was a coal mine in Linton (well sort of ) as far as I know a fairly deep shaft was dug there and coal was brought to the surface, but later it was documented that coal was being bough in from Cambridge. I speculate that coal was somehow finding its way in to the mine at night to be brought out in small quantities during the day especially when potential investors were nearby - and there was a scam afoot, but there's little detail about and I have no evidence (but it "smells" like a scam to me!). We've had musing about this in other threads here in recent(ish) past, but I'm not aware of much info beyond the below.

www.british-history.ac.uk
"...In 1737 Robert Millicent (d. 1741) was induced to prospect for coal north of Borley wood, where the name Coal Hole Lane survived in 1838. A shaft over 225 ft. deep was sunk and c. 1745 it was alleged that a large vein of good coal had been found, but by 1755 the owners of Barham Hall were having coal carried from Cambridge..."

It is just possible that it was genuine and there was a tiny pocket of brown coal, the geology is less dull than first expected and CANUK have a hydrocarbon extraction licence at Little Chishill which is very close by just over the border into Essex for the 1966 BP exploration well. Don't think it's produced more than enough to refill a cigarette lighter yet (https://www2.bgs.ac.uk/mineralsuk/download/england/essexMap.pdf)

I'm still flogging a dead horse in the hope to explore some underground mines in Essex... A recent trip down Hangman's Wood was actually quite entertaining with holes to chambers which are then linked by tunnels although I was probably being a big girl's blouse as I didn't feel super happy about the stability of the shaft I'd descended and cut the trip short when an apparently unprovoked stone fall came rattling down it. There is underground stuff in Essex if you adjust your expectations, but it seems hard to find

However, the coal mine is mentioned by William Mortlock Palmer the local Linton doctor and well respected antiquarian. Writing in 1910, he referred to the coal mine site and located it between Borley Wood and the Roman Road ( Wool Street ).

He wrote that a number of local residents still referred to a track leading from the Road towards the Heath, as “Coal Hole Lane.” If you walk on the Horseheath side of Borley Wood you can clearly see part of this track or lane where it leads from the Roman Road to the supposed site of the Linton Heath Coal Mine. There is a large dip or hollow on the Heath at this point and some people believe that any mine might have been of the open cast type. If any trace of coal was found it could only have been poor quality lignite. Lignite is a soft brown fuel with characteristics that put it somewhere between coal and peat. It is overlain by boulder clays, sands and gravels and is usually extracted by open cast mining. 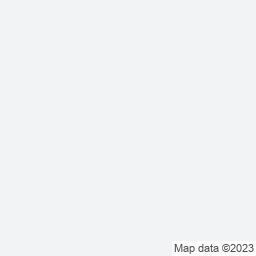 There are few deep boreholes in the area:

A map–based index of a wealth of information that BGS has collected or obtained from other sources.

There is one at PLUMIAN FARM in Balsham, about 2km north, that seems to be 83.82m (275 feet) deep, but no mention of anything other than clay; sand and gravel; and upper and middle chalk: