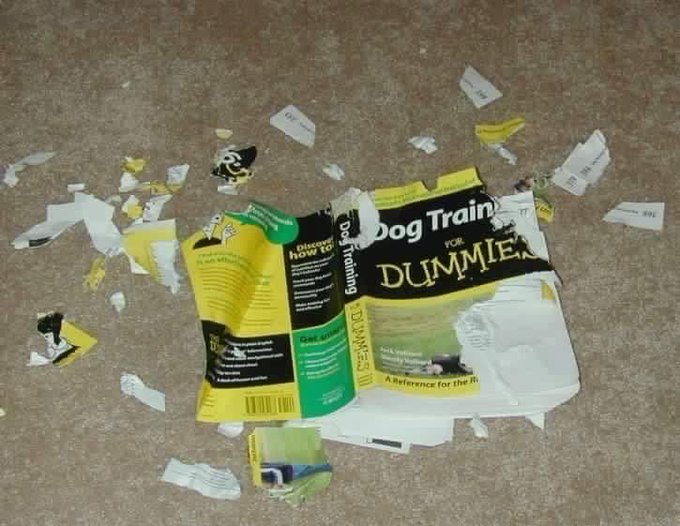 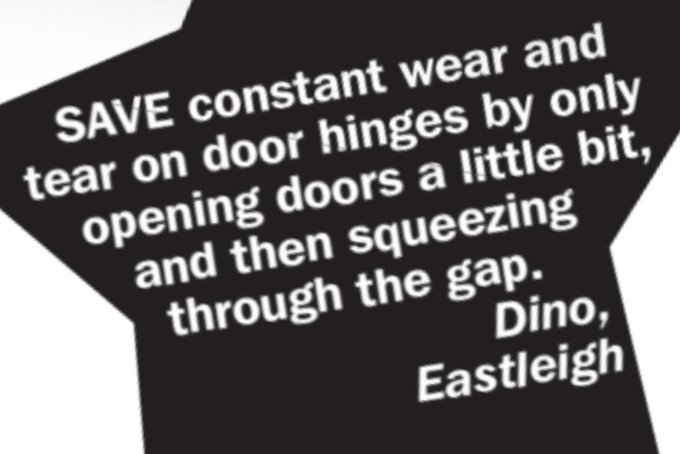 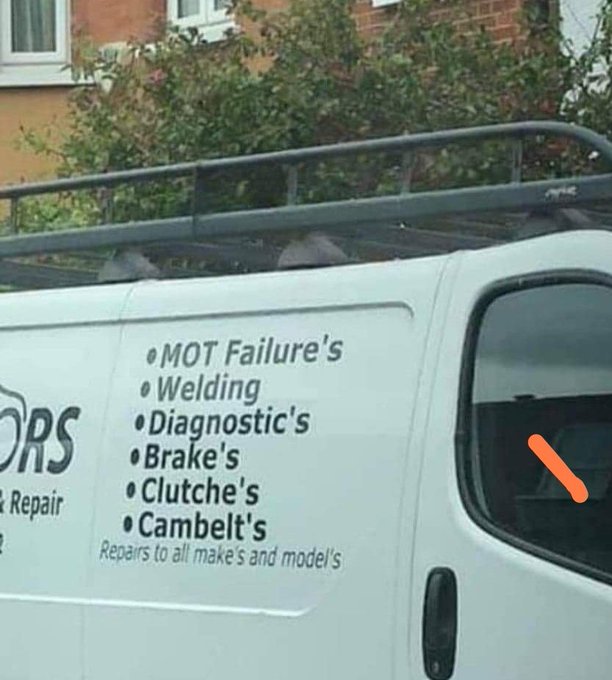 I particularly like the "clutche's"... presumably Greengrocer plural for "clutche"?

I presume his main job is selling vegetables?

It'll not be teaching punctuation, that's for sure!

As Zappa so rightly pointed out, 'The crux of the biscuit - is the apostrophe'
I

As someone really struggles with apostrophe use, it's quite nice to see someone else who struggles too.

This is actually pretty good:

Ian Ball said:
As someone really struggles with apostrophe use, it's quite nice to see someone else who struggles too.
Click to expand...

The safest approach in this situation is to omit it entirely. Most of the time you will be correct, and on those occasions that you are not correct, people will notice but not remark.
Spaffing apostophes like the signwriter has opens you up to ridicule!

I'd never want to ridicule anyone who genuinely struggles with this kind of thing.

However, the signwriters who adorned the van in the picture really do need to employ someone who can sort this kind of thing out.

Actually, I’m something of a pedant and I quite like many of the quirks of the English language (although I prefer US spellings such as anemia, hemorrhage, fetal to their UK equivalents).

But when it comes to apostrophes, one could make out a good case for their abolition.

Consider, for example, ‘The boys were playing football’ ; it’s quite obvious that ‘boys’ here is plural, so no problem. But in the phrase ‘the girls ball’ it’s equally obvious that ‘girls’ is possessive, although there is, of course, a potential problem as to whether it means girl’s or girls’; I suspect that in most cases, the context would make it clear. When speaking, what you hear is ‘The girls ball’, with no indication as to whether it is singular or plural or whether it has an apostrophe or not, but the meaning is probably clear. Similarly in ‘Petes ball’ it is pretty obvious that Petes is possessive. Do we really need apostrophes to indicate possession? Perhaps not.

Consider, then, words like aren’t, can’t, ‘isn’t’, don’t; there arent (!) (to the best of my knowledge) English words arent, dont or isnt, though there is, of course, cant and wont. So why is the apostrophe needed? I imagine that in any situation where ‘cant’ is meant, it would be pretty obvious that it means ‘slope’ or ‘politician speak’ according to context, and not ‘cannot’.

Again, I would guess that for the most part the context would make quite clear that ‘its’ means ‘of it’ or ‘it is’ – with or without an apostrophe (even a wrongly used one – how often have you come across ‘it’s’ used as the possessive of it?).

So – Im not actually advocating that we do away with apostrophes, just posing the question. I daresay that if we did away with them, wed soon get used to it. (I mean, wed in the previous sentence obviously means ‘we would’ rather than someones nuptials.) 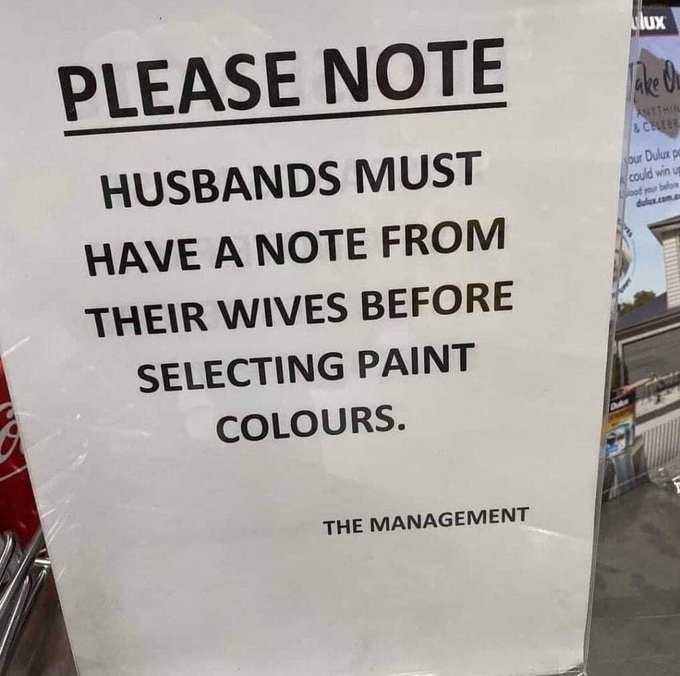 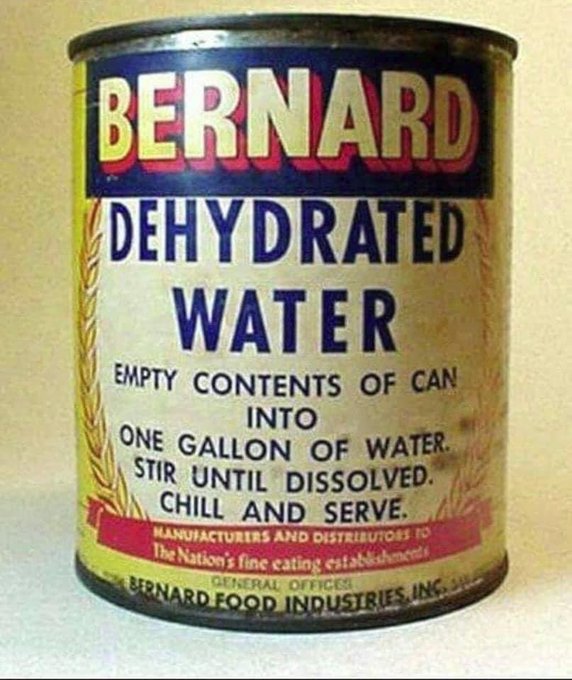 Not silly at all:- 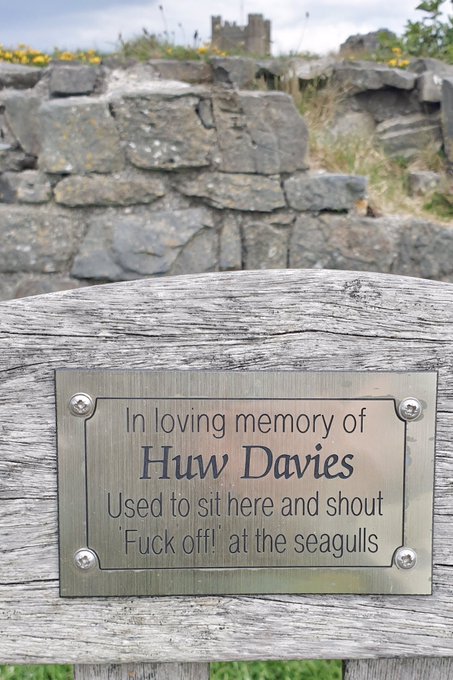 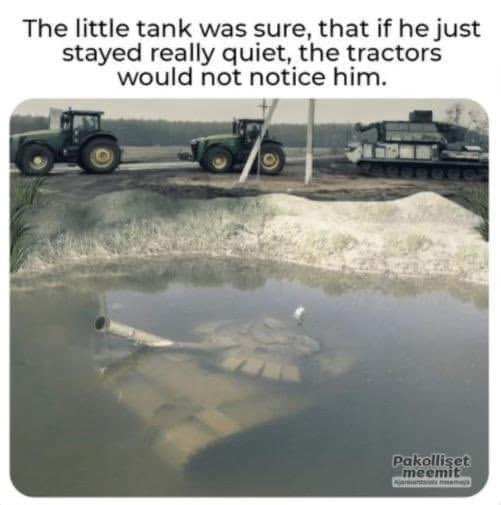 Not silly but funny:- 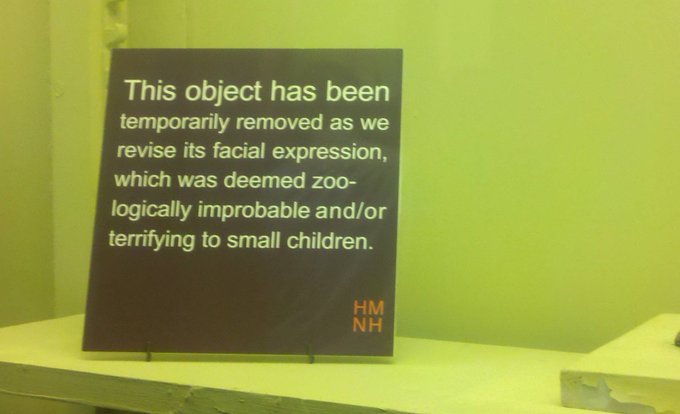