Here are my a pictures I took from my expedition to the Gouffre Berger last week, this is a pretty special place and a group of several different clubs successfully rigged it to the bottom of the system.

I am relatively new to the forum since I mostly just read rather than post stuff.

Have recently been caving in Ireland, and I was informed by Jane Allen there is a photo competition, so might well share a couple of better ones.

1. A close-up shot of some formations in Marble Ache cave, along the Legnabrocky Way. Featuring half set of caving equipment - warmbac oversuit, a headlight, and a helmet

3. Polltullyard, the 33m entrance shaft to Shannon cave. Featuring the rope work. (Might not be relevant for the topic of the competition. Though could not been seen clearly, one will need a full set of SRT kits to do it.)

Some great entries so far - thank you! Just a quick reminder that entries need to be posted on this thread by Friday (19th) and a short list to be voted on will be drawn up by Uk Caving and Inglesport staff. A Lancashire Stone Mine A Welsh Lead Mine Just descended from P8's Christmas Aven in lamp, helmet, over and furry suit with a buff as well. The mud is not usually a shop bought item... Starring Renuka.

Gary admiring a flooded blue shaft in the Nenthead Mines, wearing a lamp, helmet, over and furry suit combo

Gary in the low crawl of New Rift Pot, Ireby, with his wellies and oversuit on display...

New to the underground photography scene, but here are a couple of pictures I may as well enter from my first two shoots underground, playing around with different equipment whilst Kent University and Oxford University were over!

Image 1 ? ?Warmth? ? Virgin Circuit Passage, Boho Caves, Fermanagh, Northern Ireland ? Here we see a caver lighting the candle of another, allowing for them to explore and view the formations within the cave.

Image 2 ? Legnabrocky Way, Marble Arch Caves, Fermanagh, Northern Ireland ? Here we see Elif from Kent University taking in the formations through the final crawl section of the Legnabrocky Way. I particularly enjoy how the flash has nicely bounced off the ?Moon Milk? behind.

If you are ever interested in coming over to Northern Ireland to cave, please do not hesitate to give me a message and I can organise meeting up. There is plenty of accommodation, including the brilliant Hoo cavers hut! A must stay when in Fermanagh.

Crop the black left side out a bit to add impact to the main pic.  A refreshingly nice warm image, don't need to blast out everything with mega LEDs. 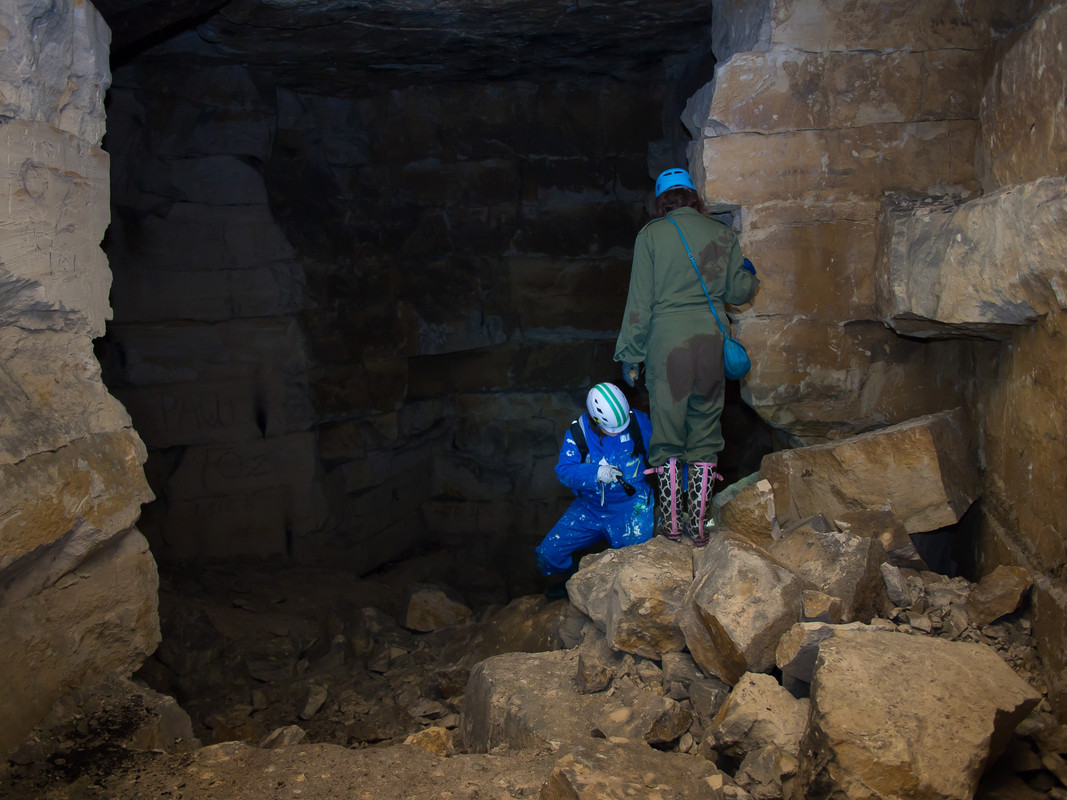 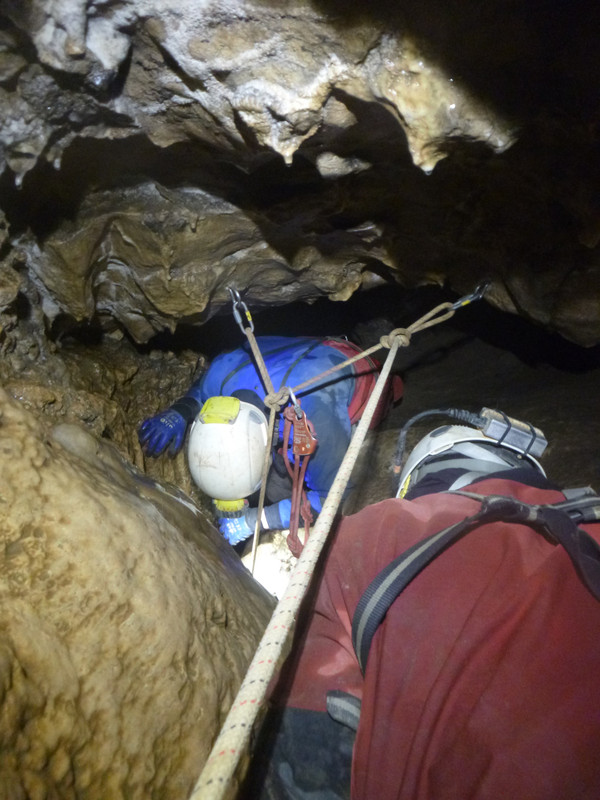 On behalf of ZombieCake who is too busy to post right now...

Series of photos taken to celebrate the 60th Anniversary of the MCG a few years ago showcasing the equipment from each of the decades that the group has been in existence.  Recreation is from roughly the middle of each decade.  Photos were all taken in the same location in Swildons Hole.  The photos were edited to give the feel of the photographic media in use at the time...

1960s with Goon suit (yes it is a real one) electron ladder, NiFe cell.

1980s plastic oversuit, expedition carbide lamp, early SRT kit with Jumars (note these were taken from the current SRT kit of one of our members) and JB fibreglass helmet (also still in regular use)

Finally the Zombie as a self-portrait in the guise of 2010s caver with Meander cordura suit, Ecrin Roc helmet and Stenlight.

1) Lee and Andy of York Caving Club enter the Main Chamber of Gaping Gill. Equipment - Many many meters of Inglesport rope!

3) You guessed it, Lee and Andy of the YCC head to the big window of Alum Pot. Equipment - An Inglesport brekkie to cure a hangover!